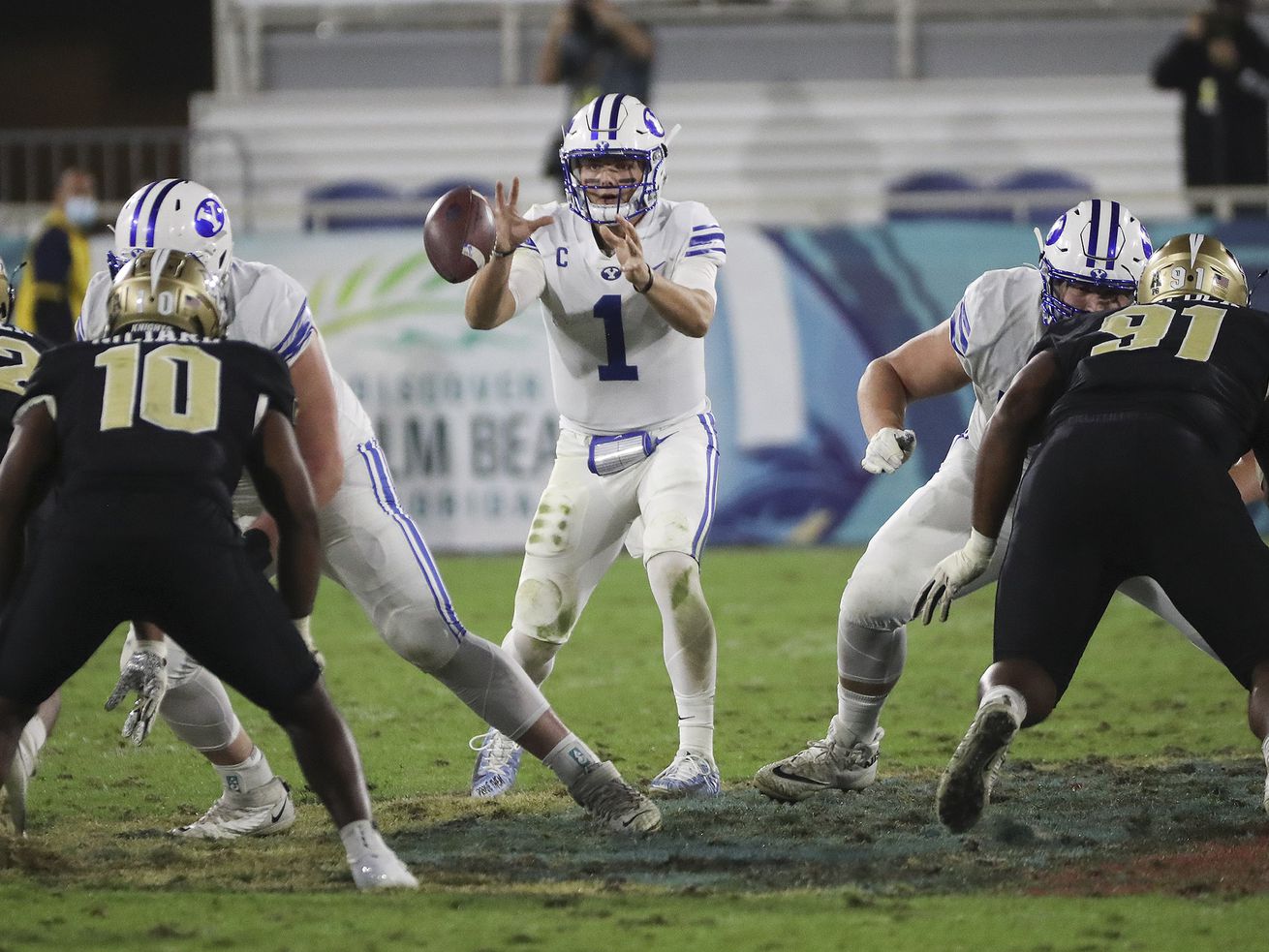 There was plenty of talk about BYU during the 2021 NFL draft, with former Cougar quarterback Zach Wilson headlining the program’s best draft since 2002.

In all, five former Cougars were taken in the seven-round draft, with at least one BYU player taken each day during the three-day event.

How the players’ careers will pan out will have to be played out over the coming years. For now, though, there are numerous national experts willing to weigh in.

Here’s a look at analysis on each BYU pick from various national media, with grades where available.

Drafted first round, No. 2 overall by New York Jets

Rob Rang, Fox Sports: “The most important element of quarterback play is accuracy, and Wilson — both in the pocket and on the move — is remarkably on-target. Wilson has a lightning-quick release and the zip to thread the needle through the tighter windows he’ll face in the NFL. If the Jets surround him with talent, Wilson can be the superstar this franchise has been missing at quarterback.” Grade: A.

Pete Prisco, CBS Sports: “I like him as a player, but I would have taken Justin Fields in this spot. Fields will be a better quarterback.” Grade: B.

Bucky Brooks, NFL.com: “The ultra-athletic playmaker mixes exceptional arm talent and improvisational skills as a magician from the pocket. He displays Aaron Rodgers-like playmaking ability as a passer with the capacity to play on- or off-script.”

A brief guide to every sport at the Olympics

Rich Cimini, ESPN: “The Joe Douglas QB Gambit is complete. His hand-picked successor to Sam Darnold is Wilson, who has plenty of talent but carries just enough risk to make this anything but a slam dunk. They made a mistake by trading Darnold, but Wilson can make everyone forget about that. Under the circumstances, he was the best fit for the Jets. He has better arm talent than the other top prospects not named Trevor Lawrence and many scouts believe his learning curve won’t be as steep as it will be for the others. This is a seminal moment for the franchise. They can’t be wrong.”

Vinnie Iyer, Sporting News: “The Jets surprised some by locking into Wilson so soon over Justin Fields, Trey Lance and Mac Jones as their replacement for Sam Darnold. But they liked Wilson’s combination of arm and athleticism with a dash of dazzle. Wilson is confident after an accurate breakout season and is a great cerebral fit for the new offense of Mike LaFleur.” Grade: A-.

Brent Sobleski, Bleacher Report: “Wilson’s translatable traits are tantalizing. The ball explodes out of his hand. Still, one has to wonder if the Jets may have been better off sticking with what they had at the position and continuing to build the rest of the roster.” Grade: B.

Drafted third round, No. 70 overall by Carolina …read more