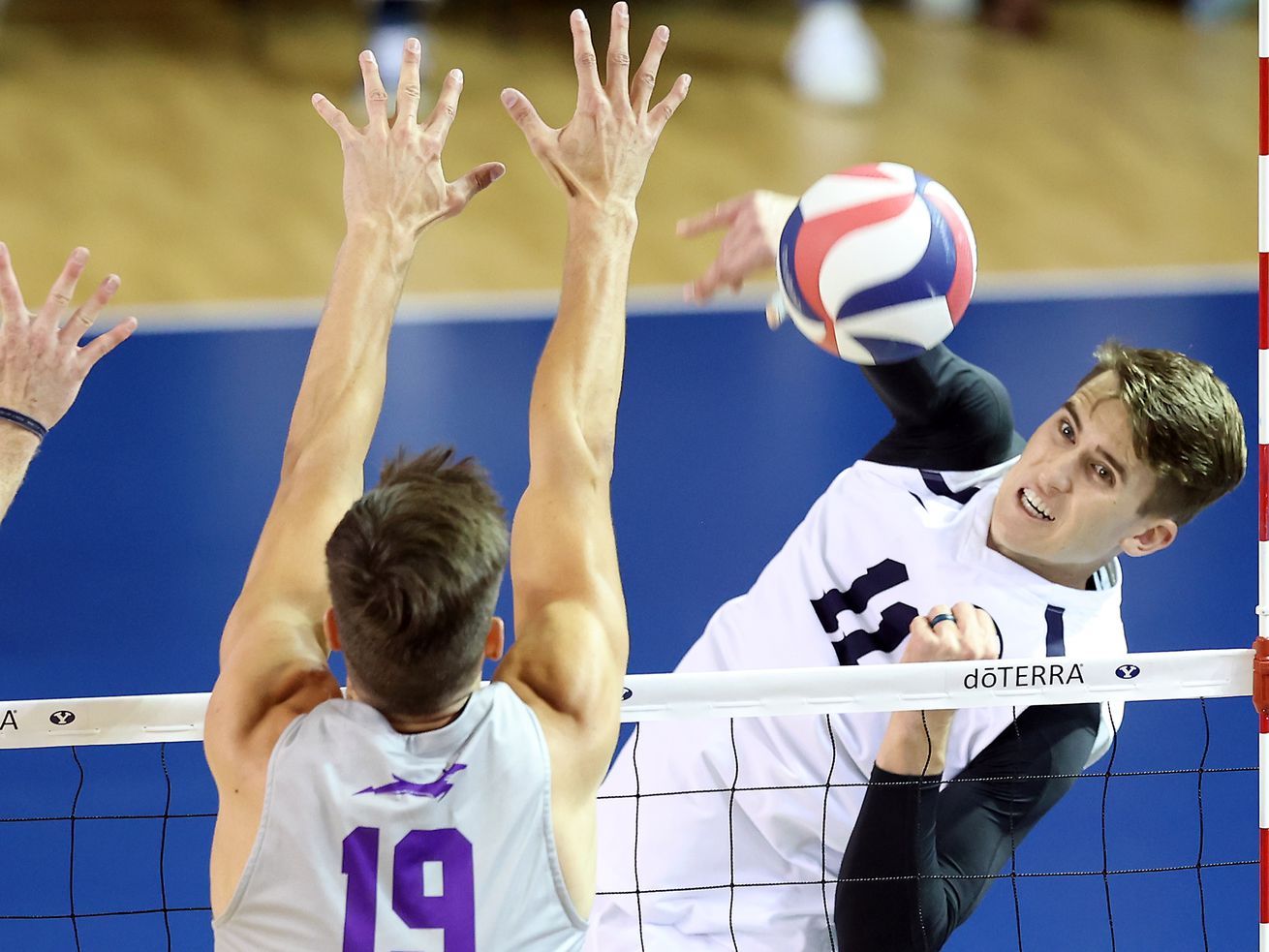 After sweeping through the MPSF tournament in April, BYU got a double-bye and the No. 2 seed in the NCAA Men’s Volleyball Tournament this week at Ohio State University

Take one glance at his stats and profile, and it is obvious what outside hitter Zach Eschenberg brings to the No. 2-ranked BYU men’s volleyball team: experience, leadership, powerful serves, big blocks and accurate spikes.

But after the Cougars swept Grand Canyon in Mountain Pacific Sports Federation semifinals on April 23 in Provo, MPSF Player of the Year Gabi Garcia Fernandez provided another description of the graduate student from Newbury Park, California, that best illustrates what Eschenberg means to BYU.

“He just brings happiness,” Garcia Fernandez said. “We are very passionate players, but we don’t bring that much emotion when it comes to being happy and all that. And Zach is that. Zach brings happiness, good vibes. He keeps the team together. You look at him and you can’t help but not smile. The guy is super clutch. We love that guy.”

Garcia Fernandez, Eschenberg and other veterans will lead the second-seeded Cougars (19-3) into the NCAA Division I Men’s Volleyball Championships later this week in Columbus, Ohio.

“Zach brings happiness, good vibes. He keeps the team together. You look at him and you can’t help but not smile. The guy is super clutch. We love that guy.” — Gabi Garcia Fernandez

BYU, which received a double-bye after sweeping Pepperdine on April 24 to win the MPSF championship, will meet the winner of Tuesday night’s quarterfinal match between No. 3 Lewis and No. 6 Penn State on Thursday night at 6 p.m. MDT at the Covelli Center on the campus of Ohio State University.

“We are a diverse team, with (players from) Puerto Rico, Finland, Brazil, Italy,” Garcia Fernandez said. “Zach is the hardest worker of us all. He works his butt off. Mad respect for that guy.”

This energy. All week. pic.twitter.com/XXXFj8CUpp

Eschenberg, 6-foot-6, was once referred to by coach Shawn Olmstead as the “forgotten man” on a team loaded with stars such as opposite hitter Garcia Fernandez, outside hitter Davide Gardini, setter Wil Stanley and middle blockers Miki Jauhiainen and Felipe de Brito Ferreira, but that label no longer applies.

Eschenberg has emerged as a superstar the past two seasons, after playing in only three matches his freshman year way back in 2017 and appearing in only 32 sets and making just five starts his first three years in Provo. Eschenberg, who is married to BYU women’s volleyball All-American Kennedy Redding Eschenberg, was a senior last year, but when COVID-19 ended the Cougars’ season in March before they could play in any postseason tournaments, Zach was given the opportunity to return for a …read more