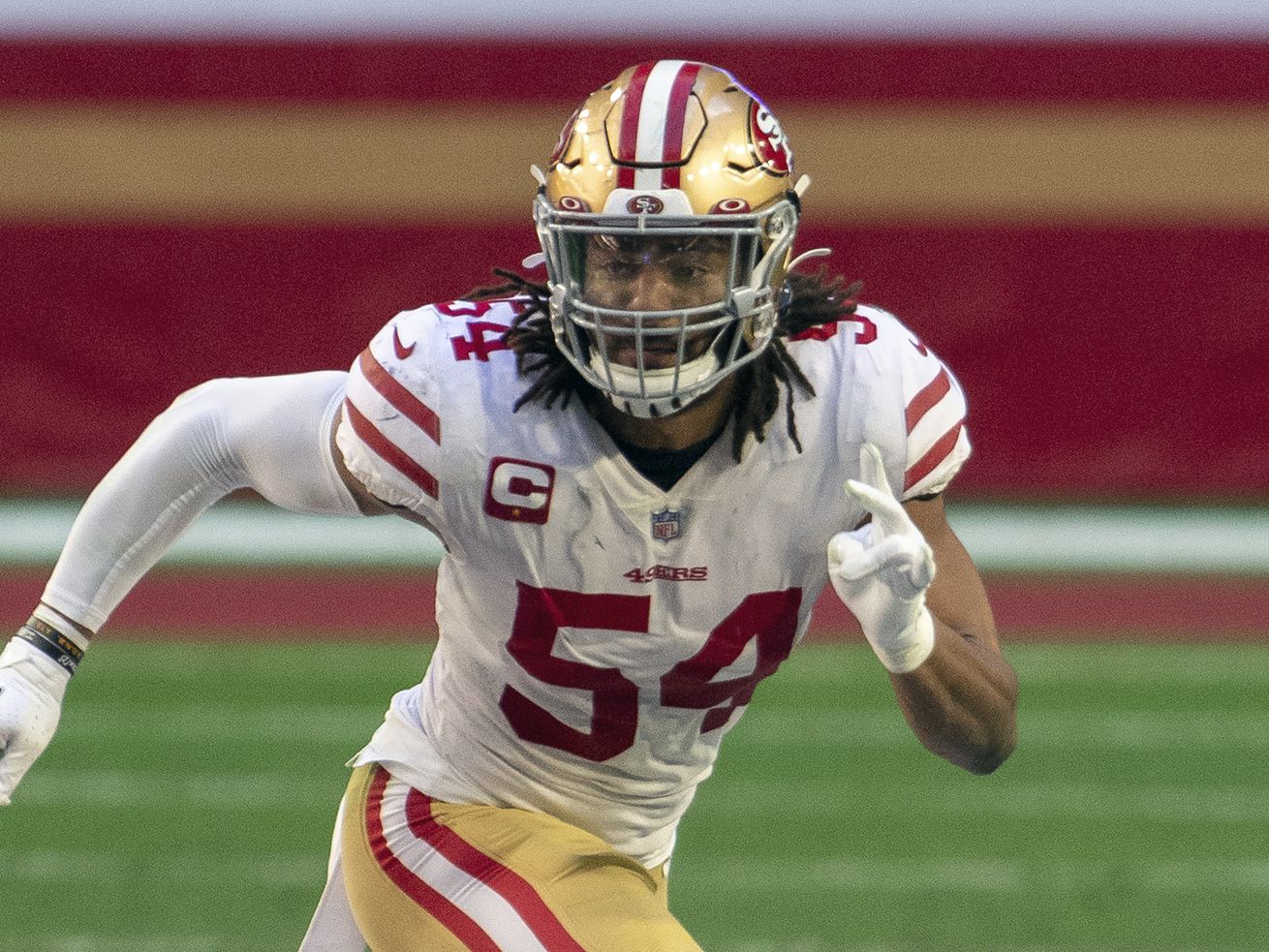 Fred Warner is one of the top young linebackers in the NFL, as evidenced by the former BYU defensive star earning first-team All-Pro honors this past season.

Is he expendable, though? Warner was named a captain last season in San Francisco and is one of the defensive leaders for the 49ers, but NBC Sports’ Peter King proposed several different trades that could land Houston Texans quarterback Deshaun Watson — who’s requested a trade — with a different franchise, and one of them included Warner, who recently completed his third season with San Francisco.

In the 49ers’ case, it’s a 7-for-1 trade that would send the young superstar Watson to San Francisco in exchange for Warner, quarterback Jimmy Garoppolo, tackle Mike McGlinchey, first-round picks in 2021 (12th overall) and 2022, plus a second-round pick in 2021 and a third-rounder in 2022.

“It’s a lot for the Niners to pay; of all the players in all the deals I’m proposing, Warner would be the most coveted one in my book. But he’s here because he is entering the final year of his rookie contract and would want a new deal. (McGlinchey is in (the) exact same position, too.) Houston could view them as cornerstones for the rebuild,” King wrote.

Part of the reason for including Warner in the deal is that he is due a big pay day in the future, and that could be tough to manage for San Francisco while also trying to keep other key pieces around. Warner is due to make $1.23 million in 2021 as part of the final year of his rookie contract, but contract extension talks can start once the NFL’s new league year begins next month.

What kind of payday could Warner be in line for? One comparison would be the contract extension former Utah State linebacker Bobby Wagner signed last year with the Seattle Seahawks, a three-year, $54 million deal worth $18 million a year. Wagner — along with Indianapolis’ Darius Leonard — was also a first-team All-Pro linebacker in 2020.

In King’s scenario, money could be a driving factor to deal Warner.

“Linebacker Fred Warner is such a rising star, however, that his re-signing in San Francisco in the next 12 months might affect the franchise’s ability to keep other great young players (Nick Bosa?) in house,” King said.