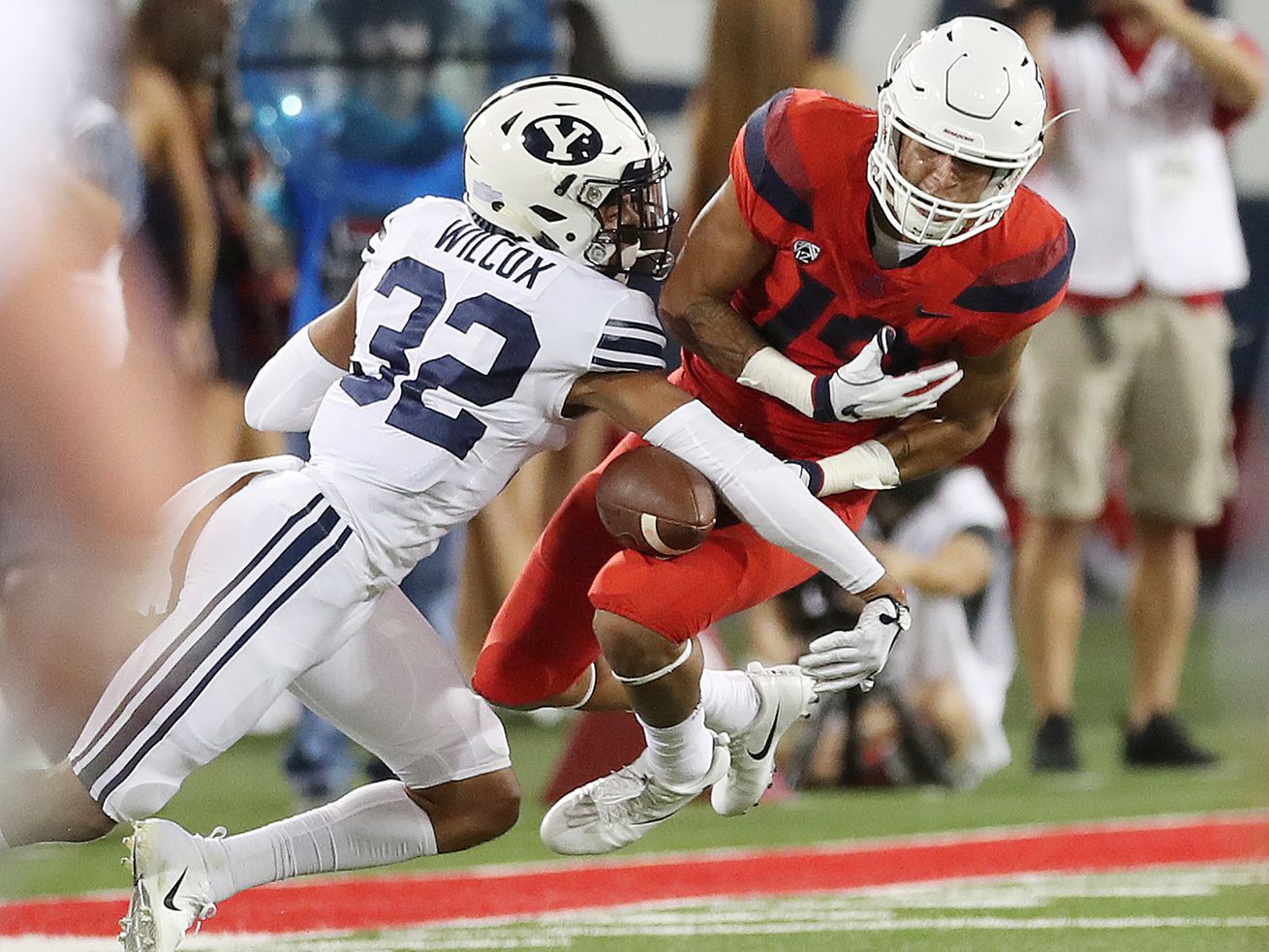 Cougars were weak against the run and failed to pressure quarterbacks the past few seasons, but have improved immensely in those areas due to the ability to play more man-pressure defense in the secondary.

When things were going south for nationally ranked BYU’s defense against Houston last month and journeyman quarterback Clayton Tune was carving it up like he was Tom Brady, Cougars coach Kalani Sitake and defensive coordinator Ilaisa Tuiaki turned to measures that would have seemed unimaginable the past few years.

They dialed up some man-press coverage.

Suddenly, BYU was able to slow down Tune and his fleet corps of receivers, Heisman Trophy candidate Zach Wilson got the offense rolling, and the blue Cougars rolled to a 43-26 victory.

“We had to regroup at halftime and get in the locker room and talk things over, and we came up with some changes defensively,” Sitake said after the game at TDECU Stadium on Oct. 16. “We did some things differently scheme-wise that I think we are going to have to go to, and be a little more aggressive in a lot of different ways.”

“I think we are closer to where we want to be. Obviously as a coach you never feel like you are exactly where you want to be, but we are closer.” — BYU defensive coordinator Ilaisa Tuiaki

That was sort of a watershed moment for BYU’s defense, a culmination of a plan hatched five years ago when Sitake replaced another defensive guru, Bronco Mendenhall, and brought Tuiaki with him from Oregon State, where Sitake was DC and Tuiaki was linebackers coach.

The coaches started searching far and wide for the type of athletes — cornerbacks and defensive ends, primarily — who could play the kind of aggressive defense they had used successfully when they were at Utah from 2012-14 (Tuiaki) and 2005-14 (Sitake).

It has taken awhile, but the No. 8 Cougars’ play in this pandemic-altered 2020 season is showing the coaches have hit their mark. Of course, it has to be mentioned that BYU’s schedule has been much easier than the other four in Sitake’s tenure, but the improvement is noteworthy nevertheless.

“I think we are closer to where we want to be,” Tuiaki said Tuesday as BYU continued preparations to host FCS foe North Alabama on Saturday (1 p.m., BYUtv) at LaVell Edwards Stadium. “Obviously as a coach you never feel like you are exactly where you want to be, but we are closer.”

With the caveat that the 8-0 Cougars’ strength of schedule is 97th in the country, according to Jeff Sagarin’s College Football Ratings, BYU is No. 6 in both scoring defense (13.9 points per game) and total defense (284.9 yards per game).