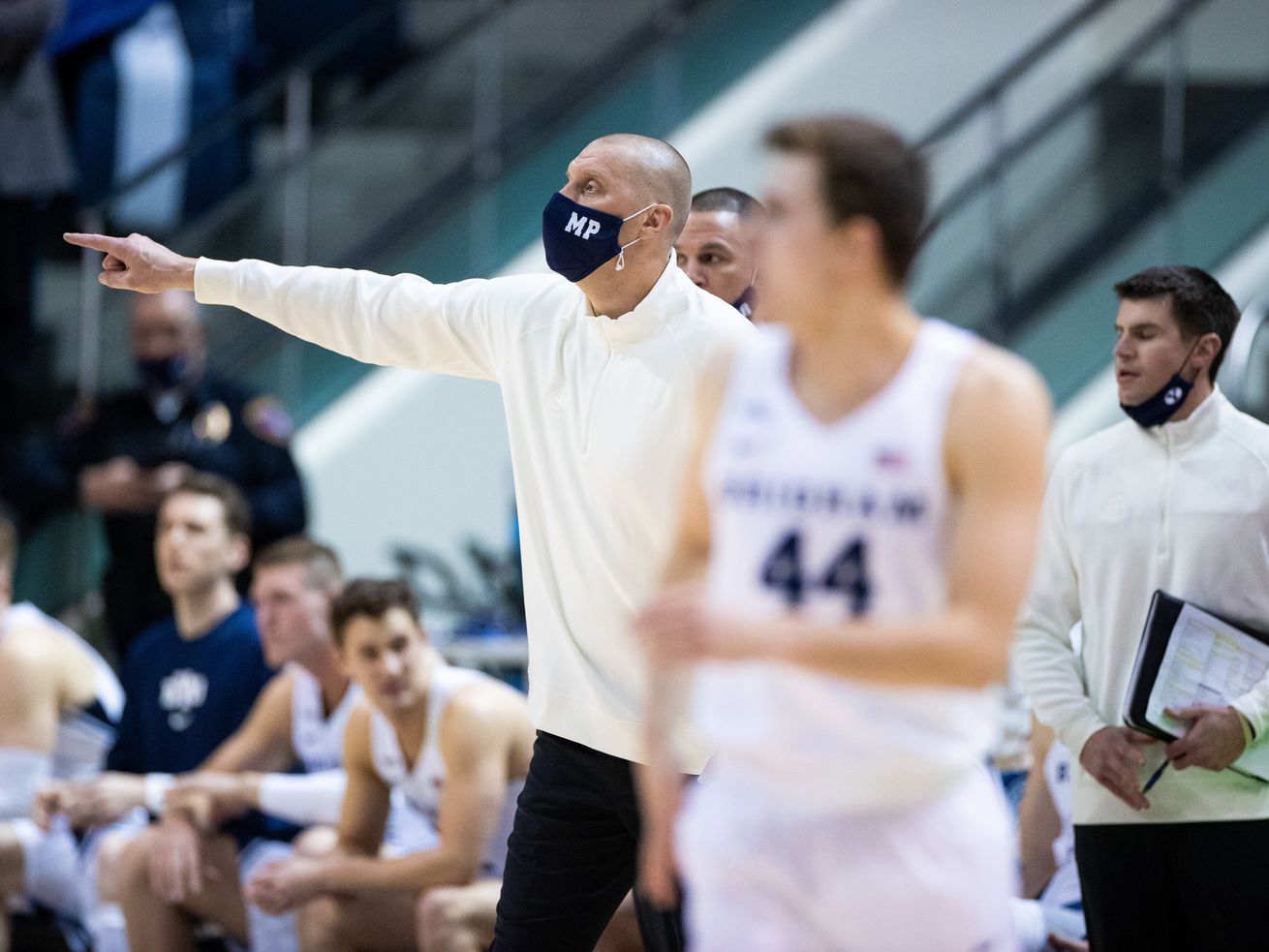 Athletic but raw, newest recruit is further proof BYU coach thinks outside the box when out on the recruiting trail

The 6-foot-11 Tanzanian Atiki Ally Atiki couldn’t have had a longer road to get to BYU, and it remains to be seen how this talented work-in-progress athlete will develop in Provo.

But those who know him and have invested tens of thousands of hours being part of his life believe Atiki has found his chance to succeed in life with Mark Pope.

For Pope and his staff, that is a huge compliment and endorsement. Their pitch paid off big time.

Atiki is just beginning his senior year at London Prep Academy near Toronto, Canada, where he is expected to be the top high school post player in that country.

BYU assistant Chris Burgess was the Cougars’ chief recruiter of Atiki. Burgess got on Atiki very early, reportedly with intensity and passion, and his press was constant. The down-to-earth approach by Burgess, the ability to look Atiki in the eye and discuss his development as a big man at BYU, struck a cord. So did the story of Nigerian Gideon George at BYU and tales of Purdue transfer Matt Haarms.

Atiki had offers from San Diego State and Oklahoma with others in pursuit. But Pope came in and closed the deal with an enthusiasm Atiki couldn’t resist, according to his friends.

‘We’re not letting COVID take another tournament away from us’: BYU taking every precaution to keep team safe

Turn down the beaches around San Diego for winter cold hovering around Provo?

“I can’t say he’s loving it (the cold in Canada),” LPA coach Angelo Provenzano told Ben Criddle of ESPN 960 radio. “But, he knows it’s part of the deal, and it’s part of the sacrifice. Yeah, he gave up the beaches of the West Coast and one of his offers. You don’t say no to a guy like coach Pope. I mean, I can’t see anybody saying no to him.”

Atiki is continuing to develop in a game he hadn’t played formerly until he arrived in Canada. He would travel more than 40 miles from his village in Tanzania to a place that had a concrete pad and some hoops to just shoot. While in Canada, he lived with Provenzano and his family, and with a high-calorie, protein-loaded diet, began putting on muscles as he grew. With it grew interest from college recruiters.

The current London Academy prep star only spoke Swahili when he came to Canada in 2018.

Atiki used to travel 45 minutes to train on a concrete basketball court in Tanzania before moving to Canada.https://t.co/ovl2yueggM

Atiki has a 7-foot-2 wingspan and can outrun most players on a high school basketball court. There are clips of him taking two dribbles from just under half court, leaping and dunking the ball. It is those basic skills Burgess and Pope promised they’d help him …read more