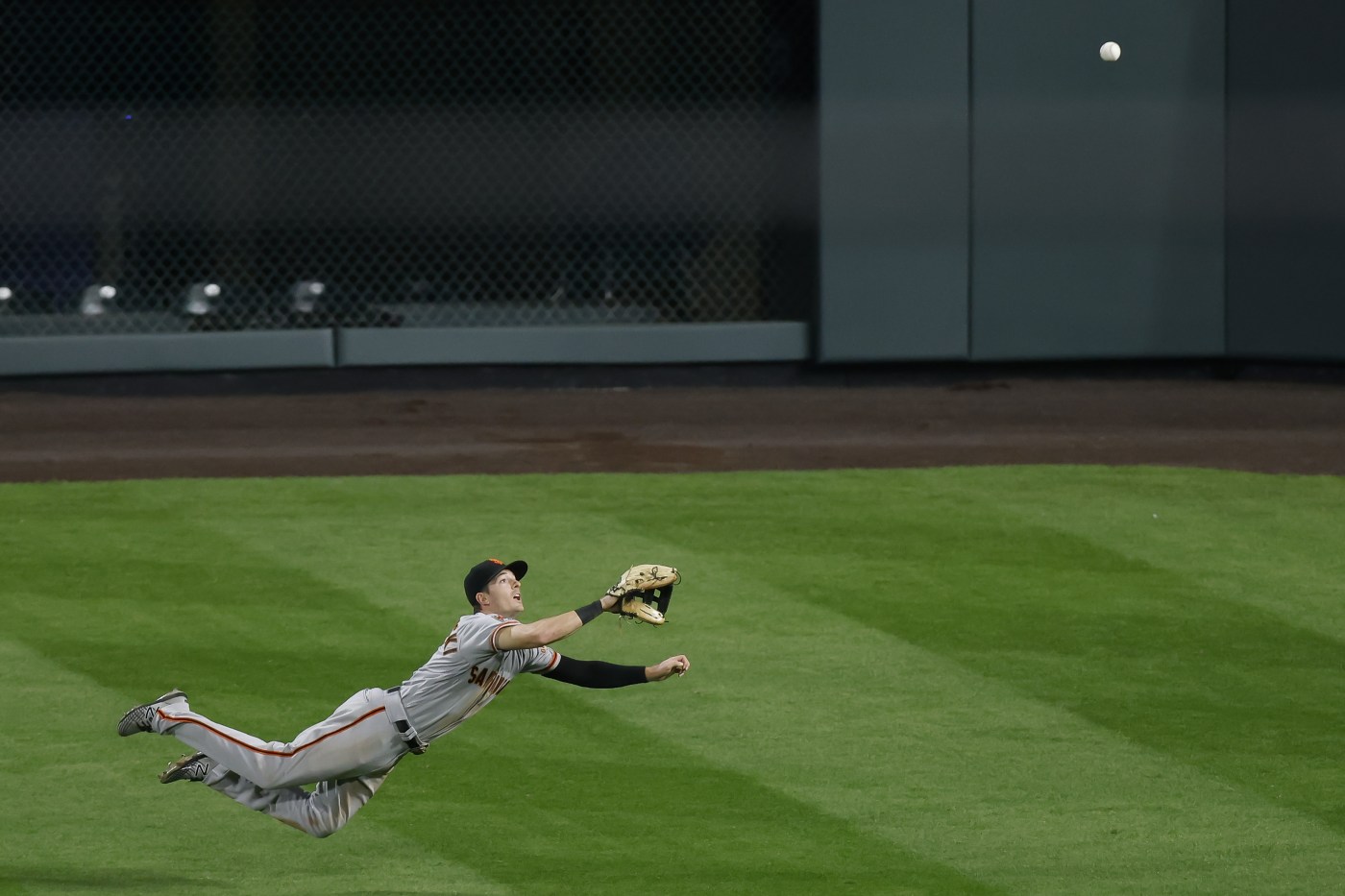 The Giants brought tennis racquets and tennis balls to Scottsdale Stadium and began preparing for their second season under manager Gabe Kapler.

A fluttering tennis ball may not cut through the wind like a baseball, but that’s the point.

“If we make it a little harder to catch the ball, we have to be a little more intent and a little more focused,” Giants outfielder Mike Yastrzemski said. “That’s going to serve a purpose in the long run. We’re going to see the ball into the glove a little longer.”

After finishing eighth in National League MVP voting and pacing a revamped offense with 28 extra-base hits and a .968 OPS last year, Yastrzemski has established himself as one of the faces of the Giants. In fewer than 162 major league games, the former Orioles prospect transformed his feel-good story of a career minor leaguer making unlikely contributions to a starting outfielder who’s now a bonafide team leader.

How SF Giants catcher Bart is approaching 2021 with Posey back, top pick Bailey in camp

With the SF Giants’ rotation makeover complete, the next steps are more complicated

How Dodgers, Padres moves have shaped the Giants’ view of their 2021 playoff path

In 2021, Yastrzemski will have the chance to become even more valuable to the Giants. He won’t need to hit 40 home runs or drive in 100 runs to do so, either.

If Yastrzemski can be a competent center fielder, it will be transformative for both the player and the team.

“He came very close to making three or four more plays that I think would have changed the perception of his defensive year,” manager Gabe Kapler said last week. “He was able to get to a lot of balls that it seemed like he might not get to, and then he wasn’t able to complete the play either because he’d go for the ball and it popped out of his glove, or he made contact with the wall and he just wasn’t able to get the play through the finish line.”

In Outs Above Average, a range-based metric of fielding skill that accounts for the number of plays a defender …read more