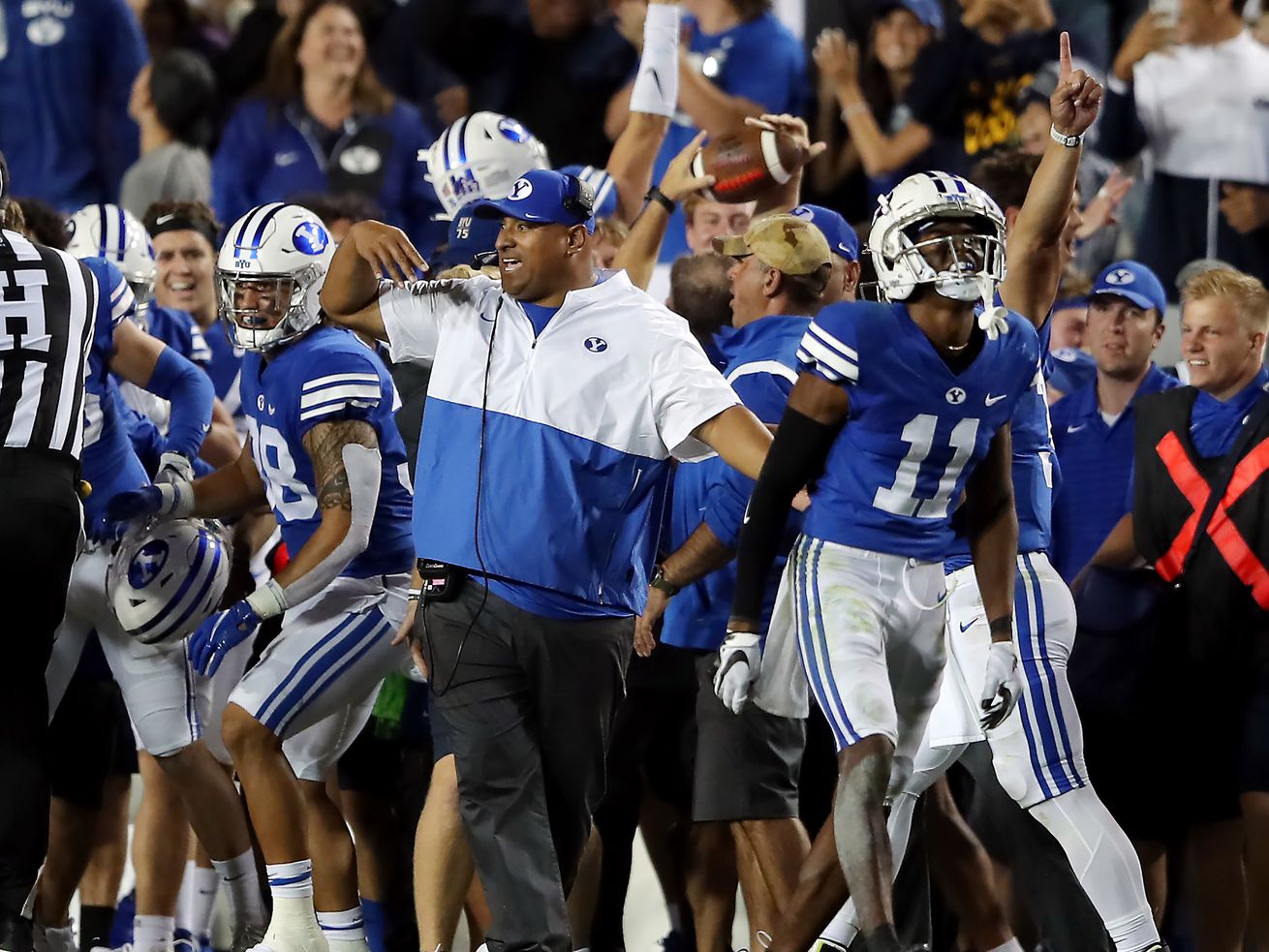 Brigham Young Cougars head coach Kalani Sitake and the rest of the BYU sideline begin to celebrate as they defeat Utah in an NCAA football game at LaVell Edwards Stadium in Provo on Saturday, Sept. 11, 2021. BYU won 26-17, ending a nine-game losing streak to the Utes. | Scott G Winterton, Deseret News

​​On Saturday, BYU football will get its first taste of playing in a Big 12 environment since accepting an invitation to join the Power Five conference in 2023.

The Cougars play at Baylor, and that game will have plenty of implications on how successful BYU’s 2021 season is viewed in the long run.

Two years down the road, though, this will be an atmosphere that the Cougars will be tested in constantly as members of the Big 12.

How long will it take for BYU to be successful in its Big 12 tenure?

Let’s look at how long it took for three programs who made the jump to a Power Five conference in the past decade to find success in their new leagues — Utah from the Mountain West Conference to the Pac-12 in 2011, and TCU and West Virginia from the MWC and Big East, respectively, to the Big 12 in 2012.

Success, at least in terms of this article, will be defined as consistently being among the top teams of their Power Five league, being ranked in the top 25 on a regular basis and contending for a conference championship or major bowl — like the College Football Playoff or a New Year’s Six bowl — every few seasons.

Utah and TCU are obvious points for comparison — they played alongside BYU in the 2000s in the MWC — while West Virginia provides a comparison of a program making a similar jump to the same league the Cougars are joining.