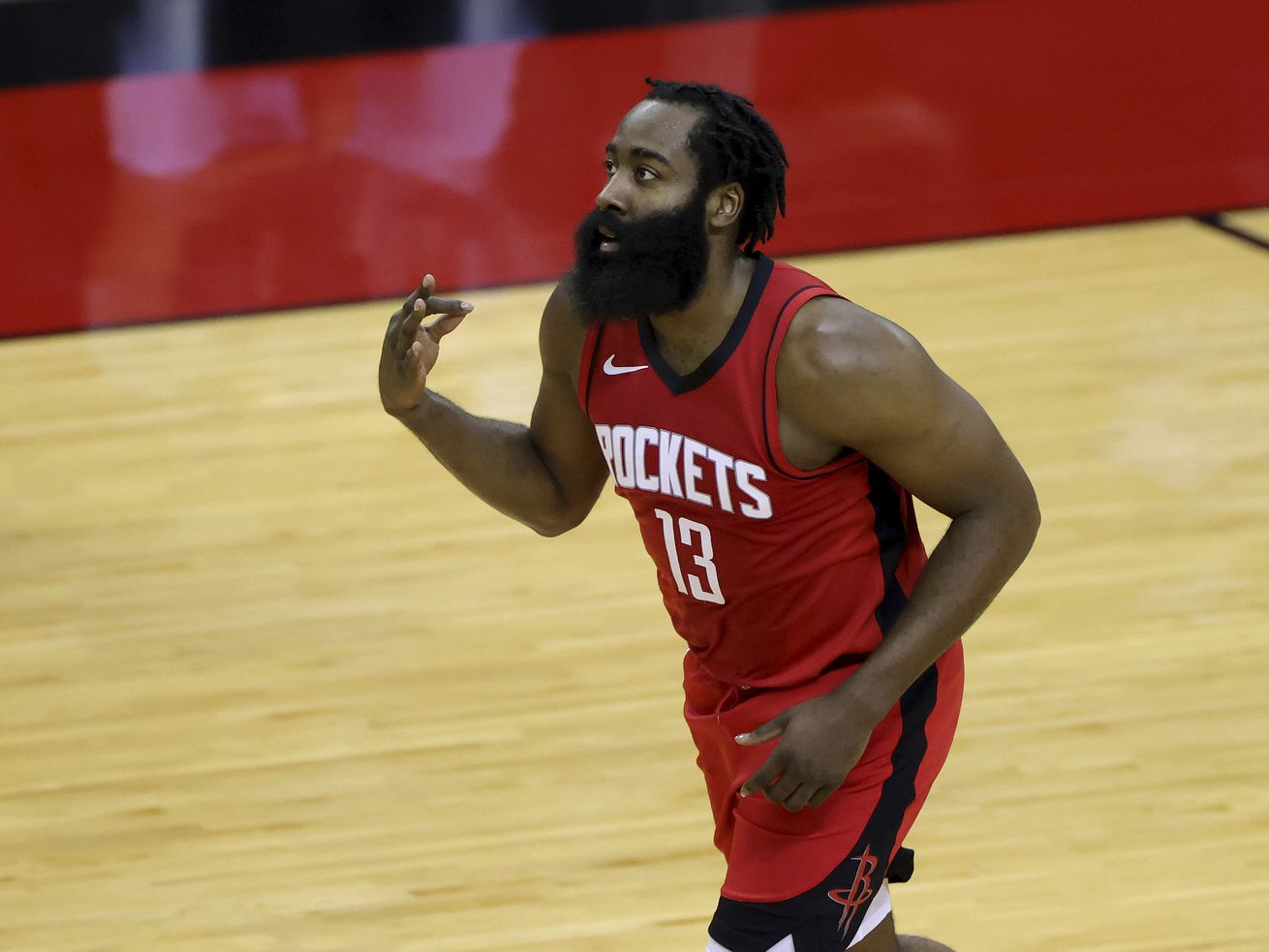 FILE — James Harden of the Houston Rockets reacts to a basket during the first quarter of an NBA basketball game Sunday, Jan. 10, 2021, in Houston, Texas. | Carmen Mandato, Associated Press

On Tuesday night, after a Houston Rockets loss to the Los Angeles Lakers, James Harden blasted the Rockets talent and chemistry, saying that the team isn’t “good enough” and the situation couldn’t be fixed.

On Wednesday morning, the Rockets’ DeMarcus Cousins told reporters that the disrespect from Harden had started long before Tuesday night.

By Wednesday afternoon Harden was no longer a member of the Rockets.

In a four-team deal between Houston, the Brooklyn Nets, Cleveland Cavaliers and Indiana Pacers that includes many draft picks and moving parts, the Rockets sent Harden to Brooklyn where he’ll be reunited with former Oklahoma City Thunder teammate Kevin Durant.

Here’s what each team is receiving, according to multiple reports:

Indiana — Caris LeVert (acquired by Houston from Brooklyn) and a Rockets second-round pick.

What does this mean for the West?

On the surface it would seem like taking James Harden out of the Western Conference is good news for other teams in the West. But the Rockets had already brought in Cousins and John Wall and have now added Oladipo, so it’s not like Houston has a roster of scrubs. They could very well still be a contending team in the West.

From UMass to the NHL: Three ex-college teammates to share special night

And there could still be more moves on the horizon that could include Western Conference teams. The Nets are left with three open roster spots, the Cavaliers now have a massive amount of front court players on their roster, and there’s no guarantee that Oladipo’s final landing spot is Houston (he can be traded again between March 4 and the March 25 trade deadline).

So the power balance hasn’t shifted much in the West because of this trade, but future moves could end up having a more profound effect.

If nothing else, Utah Jazz fans can breath a sigh of relief in knowing that they won’t have to face Russell Westbrook or James Harden unless it’s in an *NBA Finals matchup.

*I do not believe that the Washington Wizards will get anywhere near the Finals but wouldn’t count out the Brooklyn Nets.

What does this mean for the rest of the league?

Wednesday’s moves are bound to have ripple effects throughout the league.

For starters, the Philadelphia 76ers were reportedly in heavy discussions with the Rockets in trying to create a package for Harden that would include Ben Simmons. Sixers president of basketball operations and former Rockets general manager Daryl Morey told reporters in the offseason that he was not interested in trading Simmons but that seemed to not be the case on Wednesday. Whether Simmons feels a certain way about …read more