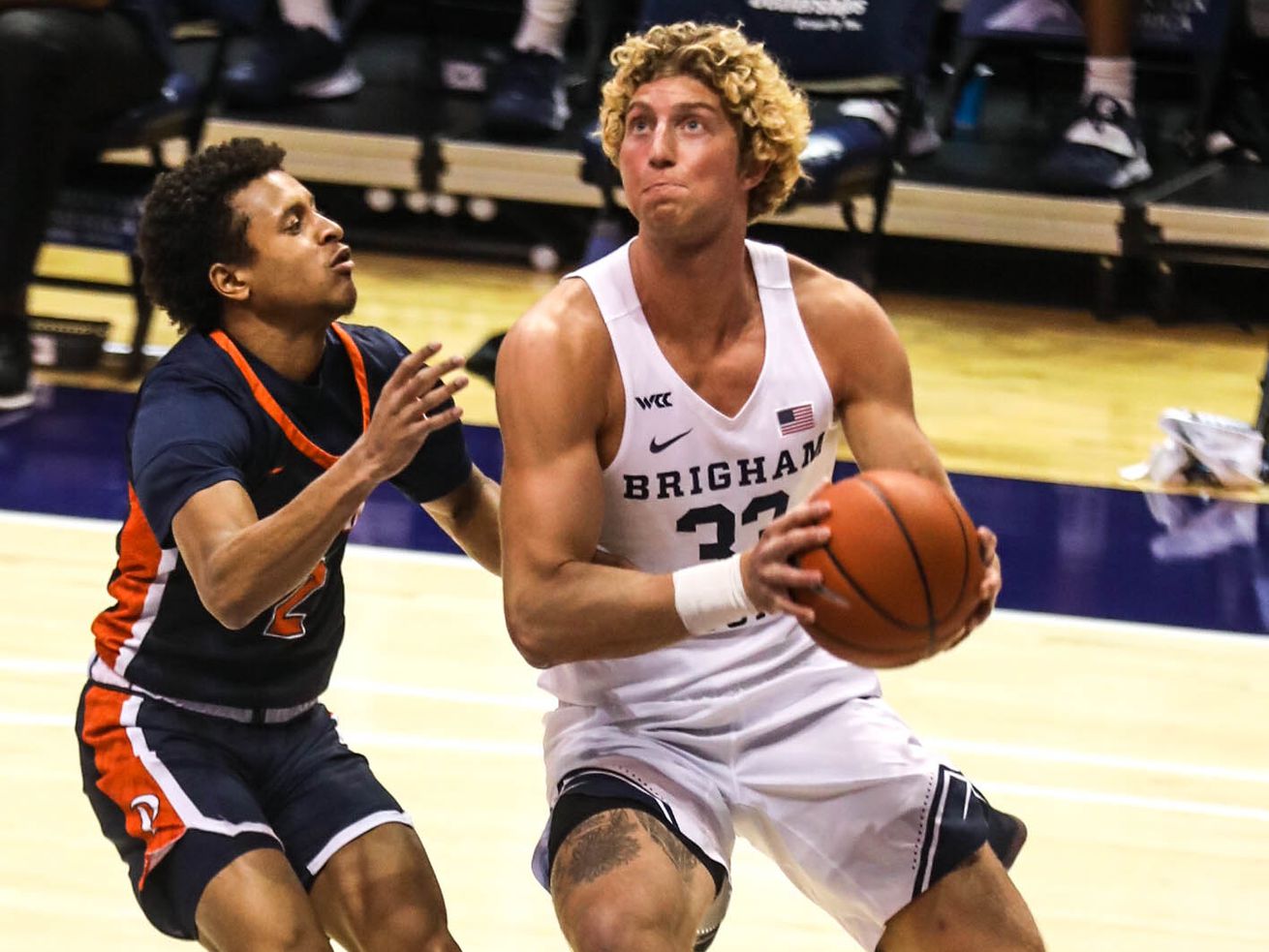 Is this BYU basketball team built for tournament play?

Well, let’s break down what tournament teams need to do in order to progress to see how the Cougars match up.

All good postseason teams have point guards that can make a difference, especially late in the shot clock or at the end of close contests.

Successful tournament teams have depth to play multiple games in a row. It also helps if a team with an eye on surviving can play physical and weather games in which officials let players bang around and play.

Good tournament teams have structure to accent roster talent. This means executing in half-court sets, excelling with set plays and cohesive chemistry. It really, really makes a difference to have a go-to scorer or two to lean on during scoring droughts.

The final big factor is shooting acumen — from inside and out. In particular, the 3-point shot is huge in making runs, catching up and building leads.

In most of these categories, BYU grades above average to good. The biggest weakness is consistent firepower from distance, a trait in which last year’s team led the nation.

But there are different ways to win, as Mark Pope’s squad is discovering heading toward March.

Matt Haarms just underwent an attitude adjustment. It might prove crucial to a more full utilization of his 7-foot-3 size advantage.

In BYU’s game against Gonzaga, Haarms was almost AWOL, a ghost. He was scoreless and had one rebound in 16 minutes. A water boy could have done what he did. Blindfolded.

Laura Seitz, Deseret News
Brigham Young Cougars forward Matt Haarms (3) smiles after scoring two of his 23 points in the game against Portland at the Marriott Center in Provo on Thursday, Jan. 21, 2021.

Apparently, assistant coach Chris Burgess and Pope himself challenged Haarms, who is from Amsterdam. Be it feeling intimidated by the No. 1 Zags, having a bad day, or just shying away from a fight, they made it clear they wanted Haarms to play more like a Viking than a tulip picker.

Haarms responded. A guy like that should dominate the key. He should swat shots, rebound like a banshee and score on smaller opponents.

Haarms took it out on the next two WCC foes during a California swing at Pacific and Loyola Marymount, scoring 29 points with nine boards. He had 21 points on 7 of 8 shooting with two rebounds, three assists and a BYU career-high five blocks at LMU. Both were BYU road win blowouts and Haarms set the tone.

Getting Haarms ignited and fused up goes hand-in-hand with the physical play of Richard Harward and athleticism of Gideon George and freshman Caleb Lohner. These frontliners …read more