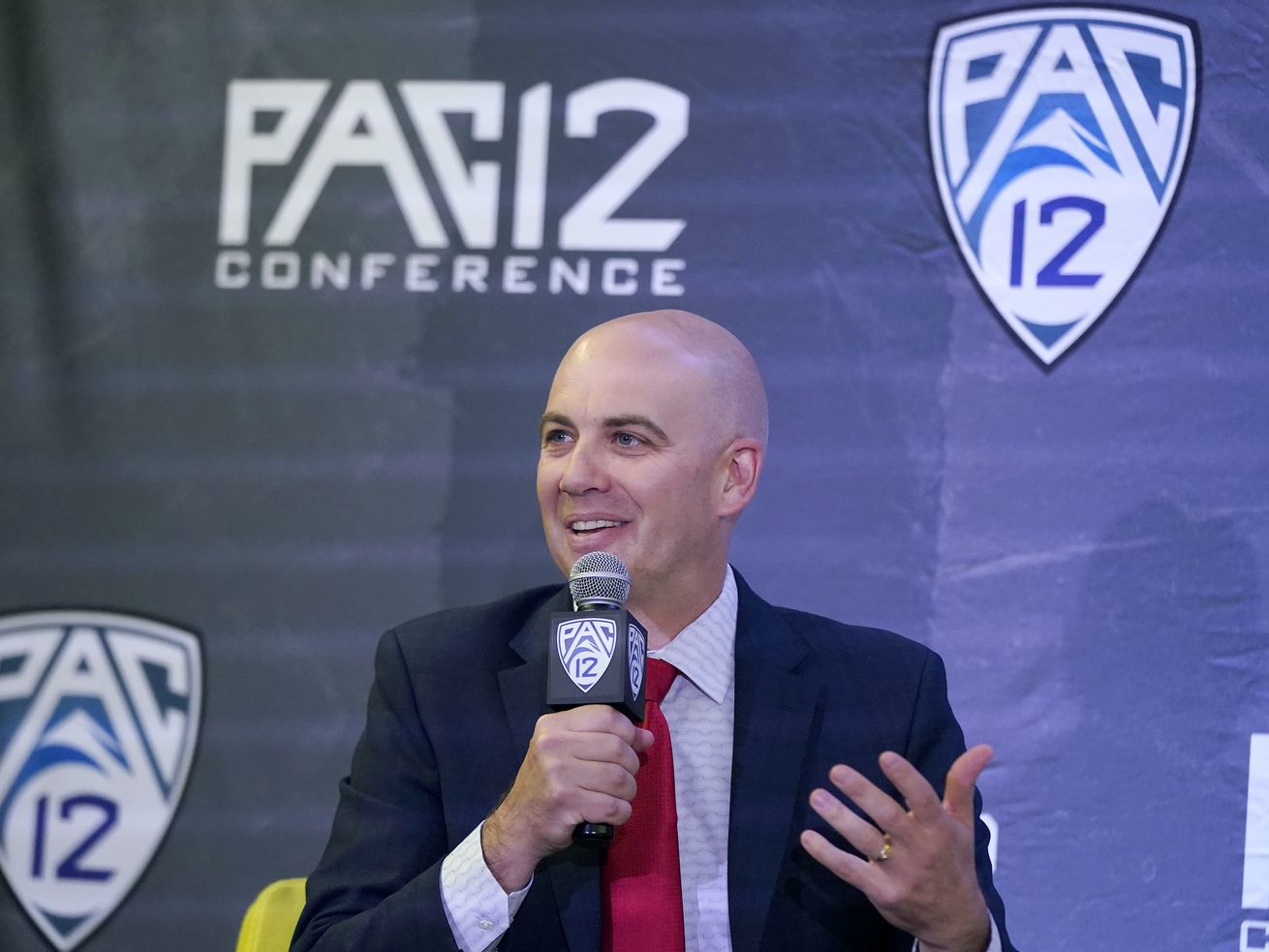 Branden Carlson, Riley Battin and Smith represented the Utes at Pac-12 headquarters in San Francisco on Wednesday and said they are ready for the challenge of a much-improved league that shined in the NCAA Tournament last spring

But how will the new University of Utah coach with seemingly boundless energy, enthusiasm and that Midwestern charm do in the big leagues? How will Smith handle the bright lights of the Pac-12 conference, the Power Five league that is coming off its best performance ever in the NCAA Tournament?

The 48-year-old father of three was formally introduced to the rest of the league and the reporters who cover it on Wednesday at the Pac-12 media day at conference headquarters in downtown San Francisco.

It didn’t take him long to turn on the charm, as he rolled out some of the old stories that USU fans never got tired of hearing — until he left Logan last March — and Utes fans are just now becoming familiar with.

“I am always really impressed when I see a coach who has turned over not just one program, but multiple programs. That’s when you know that what he did before wasn’t a fluke. The guy knows what he is doing.” — College basketball analyst Casey Jacobsen on new Utes coach Craig Smith.

Say this about the man: He can talk. And he can hold court, as it were, away from the court as much as on it.

“Bring on the competition,” Smith said. He was talking about the league as a whole and how it posted a record 13 Big Dance wins last spring, but he easily could have been talking about winning the award for most gregarious new coach.

That was a cakewalk.

“His energy never ceases to amaze me,” said Utah center Branden Carlson, who attended the get-together along with forward Riley Battin in the high-rent palace that former commissioner Larry Scott so famously established as the so-called Conference of Champions’ posh offices.

The only other new coach is Arizona hire Tommy Lloyd, the former Gonzaga assistant. But while Arizona was picked by media members to finish in tie for fourth place with Oregon State, Utah was picked to finish 10th.

“It is what we anticipated,” he said. “The biggest thing with polls is it just shows the level of respect people have for your program. And how do you get respect? You got to earn respect. Nobody is going to give you anything. We gotta go out and earn that day to day in practice. We got to earn it when they tip it off for real and they put 40 minutes on that clock.”

Bottom line, Smith said, when asked to assess his expectations in his first year, is to get to the NCAA …read more