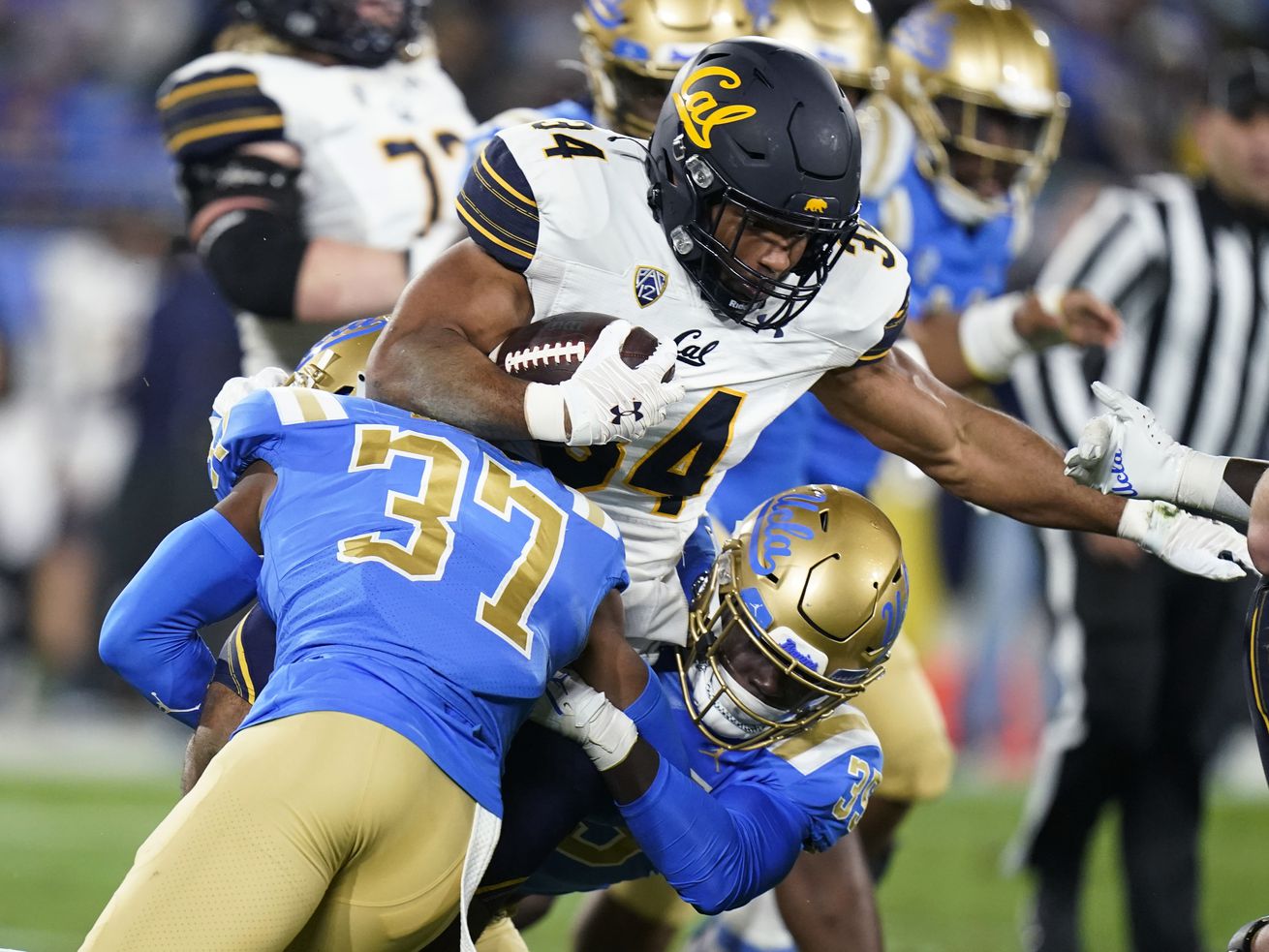 California running back Christopher Brooks is stopped by UCLA defensive back Quentin Lake (37) and linebacker Carl Jones Jr. (35) Saturday, Nov. 27, 2021, in Pasadena, Calif. Brooks announced recently that he will be transferring to BYU for his senior season. | Jae C. Hong, Associated Press

BYU coaches acted quickly to fill hole left by Allgeier’s departure, but how big of gets are they?

This article was first published in the Cougar Insiders newsletter. Sign up to receive the newsletter in your inbox each Tuesday night.

The WCC season just started and the schedule demands BYU take on the two top teams right out of the chute. After beating Saint Mary’s last Saturday, the Cougars now travel to Gonzaga and take on Mark Few’s team on Thursday. The Zags are ranked No. 2 behind Baylor.

Here is Jeff Call’s look forward to the Gonzaga game after the Saint Mary’s victory and what the team faces this week on the road.

Here is the question of the week: With the addition of Christopher Brooks and Houston Heimuli, what impact has the transfer portal had for BYU and are they finished looking to plug in other spots?

Jay Drew: Walking out of Independence Bowl Stadium in Shreveport, Louisiana, after the Cougars lost 31-28 to UAB, I thought to myself that the Cougars would need to hit the transfer portal fairly hard if they hoped to duplicate, or improve upon, the season’s final 10-3 record. That was especially true, I thought if RB Tyler Allgeier turned pro.

As all of Cougar Nation knows, Allgeier did just that. Getting Christopher Brooks out of Cal will help BYU fill the void left by Allgeier. Getting Houston Heimuli out of Stanford will help, but probably to a lesser degree because BYU already has Masen Wake at that position.

I think BYU would have been in the market for a transfer portal receiver if Gunner Romney had not announced he is returning. I think the Cougars are set there.

The most pressing need, as I see it, is a playmaker on defense. That’s especially true if Payton Wilgar and Keenan Pili don’t return 100% healthy after surgeries last fall. BYU could also use some defensive line help out of the portal. I was talking to a BYU assistant coach the other day, and he said that D-line is probably the most difficult position to recruit to for most schools, so competition for portal defensive linemen will be fierce.

I expect BYU to get 2-3 more transfers — and lose a few — before fall camp. It should be interesting — especially after spring practices end in early April.

Dick Harmon: In signing and enrolling Brooks and Heimuli, BYU addressed most of the departing issue with Tyler Allgeier. Both bring size, experience, leadership and they are talented. Brooks is a bulldozer and will blend well with Lopini Katoa, Jackson McChesney, Hinckley Ropati, and Sione Finau.