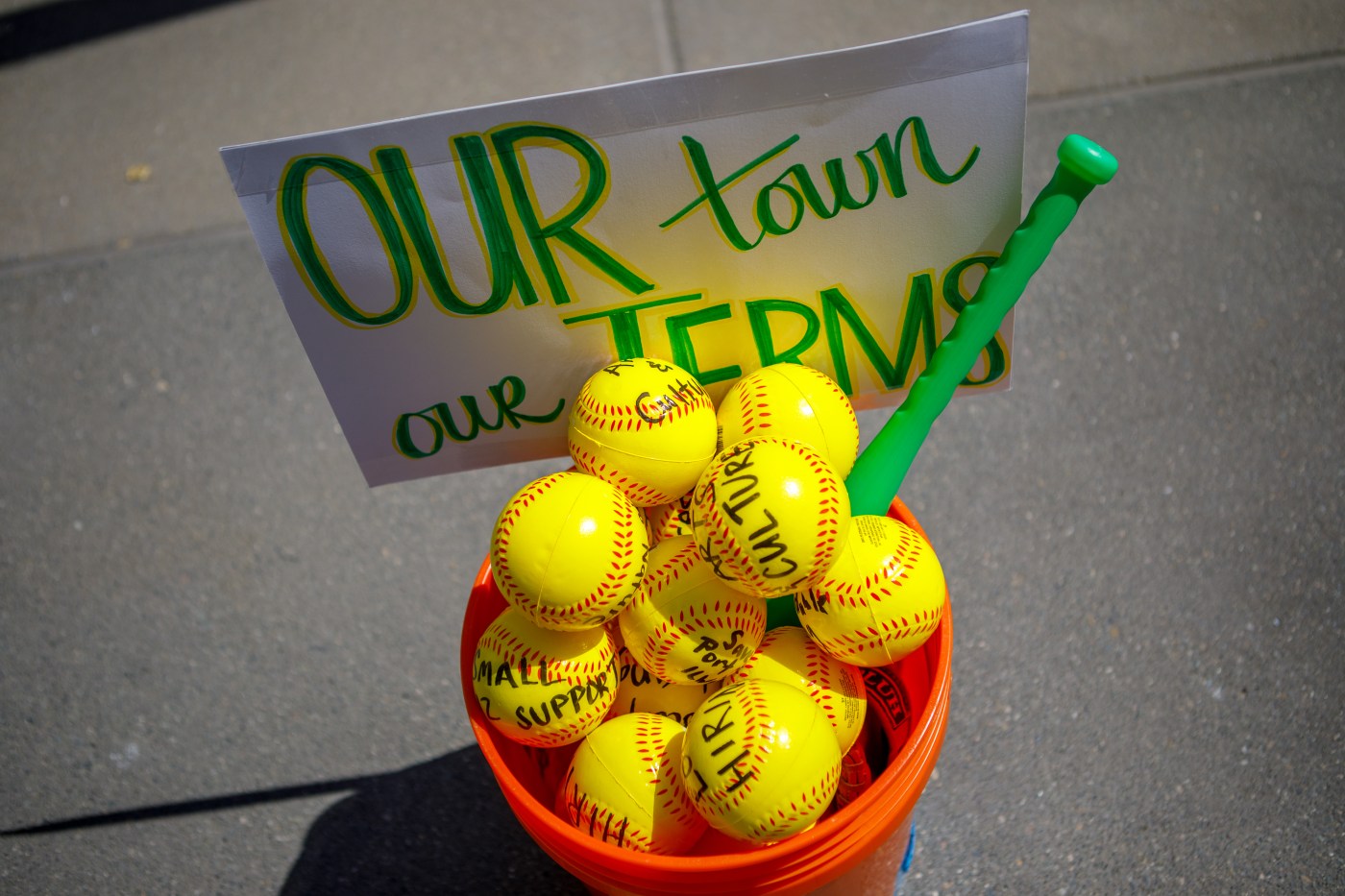 OAKLAND — For Oakland A’s fans who were hoping Friday would bring news that a deal to get a waterfront ballpark built at Howard Terminal was close, the city’s announcement of where things stood and the team’s stark contrarian outlook must have hit like a bombshell.

Oakland Mayor Libby Schaaf said all the right things in a prepared statement about how the city and A’s are working in tandem toward “making the vision of a world-class ballpark a reality,” but A’s President Dave Kaval popped that bubble by declaring in an interview that “while we’re always open to continuing to negotiate, we’re not in a position where this can work right now.”

And indeed, when the dust had settled, it appeared the city and team are still leagues apart despite negotiating since early 2020 over the financial terms of constructing the proposed ballpark and a surrounding village.

The city is still insisting the A’ must provide a healthy dose of affordable homes — the equivalent of 900 in all — and pay millions of dollars out of their own pocket for community benefits that range from relocation assistance to local hiring.  And it’s only willing to form one of the two tax assessment districts the A’s say are needed to cover their development’s infrastructure costs.

Kaval rejected those conditions outright Friday, saying they’re tantamount to telling the A’s they may as well leave. The only common ground both sides seem to have landed on was how long the A’s should commit to staying in Oakland if they get their ballpark — roughly 25-30 years.

NBA mock draft 3.0: Warriors take a big swing — plus trades in the lottery

So is all lost and the Vegas Raiders will soon be joined by the Vegas A’s, thus proving Kaval’s battle cry of “Howard Terminal or Bust” meant business?

Or are both sides engaging in hardball negotiations to see who blinks first before the Oakland City Council convenes a meeting Tuesday to consider voting on the A’s non-binding financial terms for building their $12 billion ballpark and village?

Andy Dolich, a former A’s executive who runs a sports consulting firm, say the spirited exchanges between Kaval and the city show that negotiations are proceeding in earnest and each side should take the other seriously because neither appears to be bluffing.

“They are approaching it as seriously as they possibly can. I don’t think it’s a cloud of, ‘Hey, pay no attention to the man over there,’” he said. “No, I don’t believe that for a second, because they have the approval of MLB.” Indeed, Major League Baseball Commissioner Rob Manfred publicly warned city officials during the All-Star Game not to make the mistake of thinking the A’s Howard Terminal ultimatum is an empty threat.

“If the city wanted to play hardball in return,” Dolich added, “they should ask the A’s to prove they’re ready to handle the logistics surrounding the hopeful stadium land, such as the environmental impact review and other legal questions.