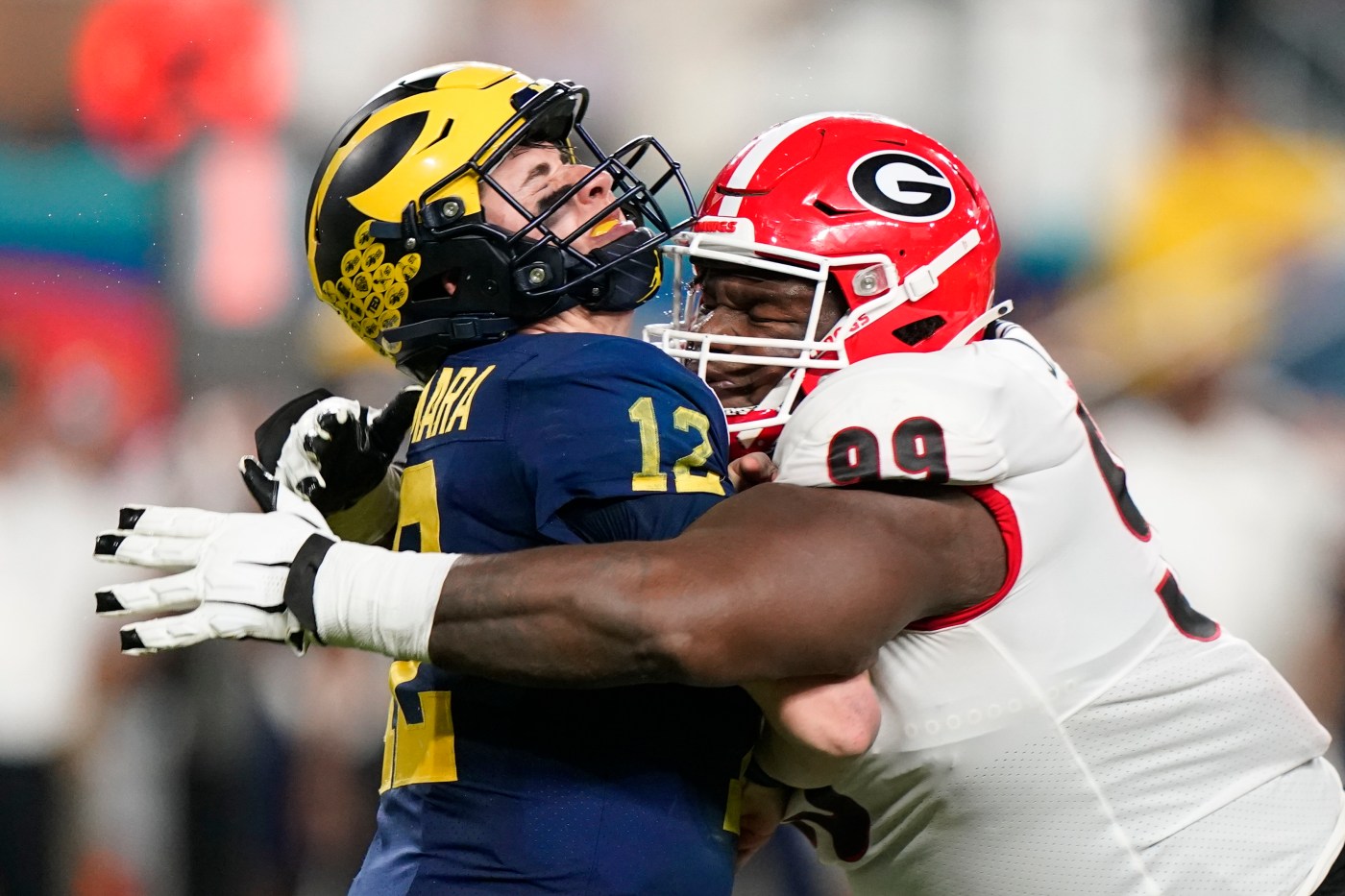 Two things became equally clear in Indianapolis last weekend, on the field and in the boardroom.

That’s the case every year, regardless of which SEC behemoth is the last standing — Georgia this season, Alabama last season or LSU in 2019. Match the Pac-12 champion against any of them, and it’s 35-3 at halftime.

(Of course, few teams in the country can play with the SEC champion. Sure, you see Ohio State and Clemson do it regularly, but they are the exceptions. Check the scores of past playoff games: Notre Dame and Oklahoma haven’t fared any better than Cincinnati did.)

The second development of the weekend came in the boardroom, where the conference commissioners and university presidents were again unable to reach agreement on a format for expanding the College Football Playoff.

The event will grow to 12 teams eventually — there’s too much money at stake for the conferences to stick with four indefinitely. The issue is timing: Expansion is increasingly unlikely during the current contract cycle, which runs through the 2025 season.

Any structural change within the existing term requires unanimous consent of all 10 FBS conferences and Notre Dame, and as the Pac-12’s statement Monday indicated: “It is clear none of the six most-discussed expansion models has unanimous consent, with most having considerable opposition …”

Staff picks for NFL divisional round: Chiefs vs. Bills, Bengals vs. Titans and more

The Pac-12 has smartly staked out the neutral ground — it’s Switzerland in this turf war — and is on record as supporting any expansion model, whether it’s eight teams or 12 teams and regardless of the process for awarding automatic bids.

But the entrenched positions of so many conferences make unanimity a heavy underdog and suggest every facet of the sport’s machinery should brace for four more years of a four-team event.

That would be bad news for the Pac-12, which hasn’t reached the playoff since 2016 and needs expansion as soon as possible. The repeated absence has undermined its reputation and recruiting, giving elite West Coast prospects a reason to leave the footprint in their quest for competitive glory.

So let’s assume expansion is delayed until the 2026 season. What immediate steps could the Pac-12 take to improve its competitive and strategic positions for the final years of the current model? How can it maximize short-term opportunities for securing playoff berths?

The moment it becomes clear to commissioner George Kliavkoff that expansion won’t happen until ’26, he should gather the Pac-12 presidents and athletic directors and push to dump the North and South division format.