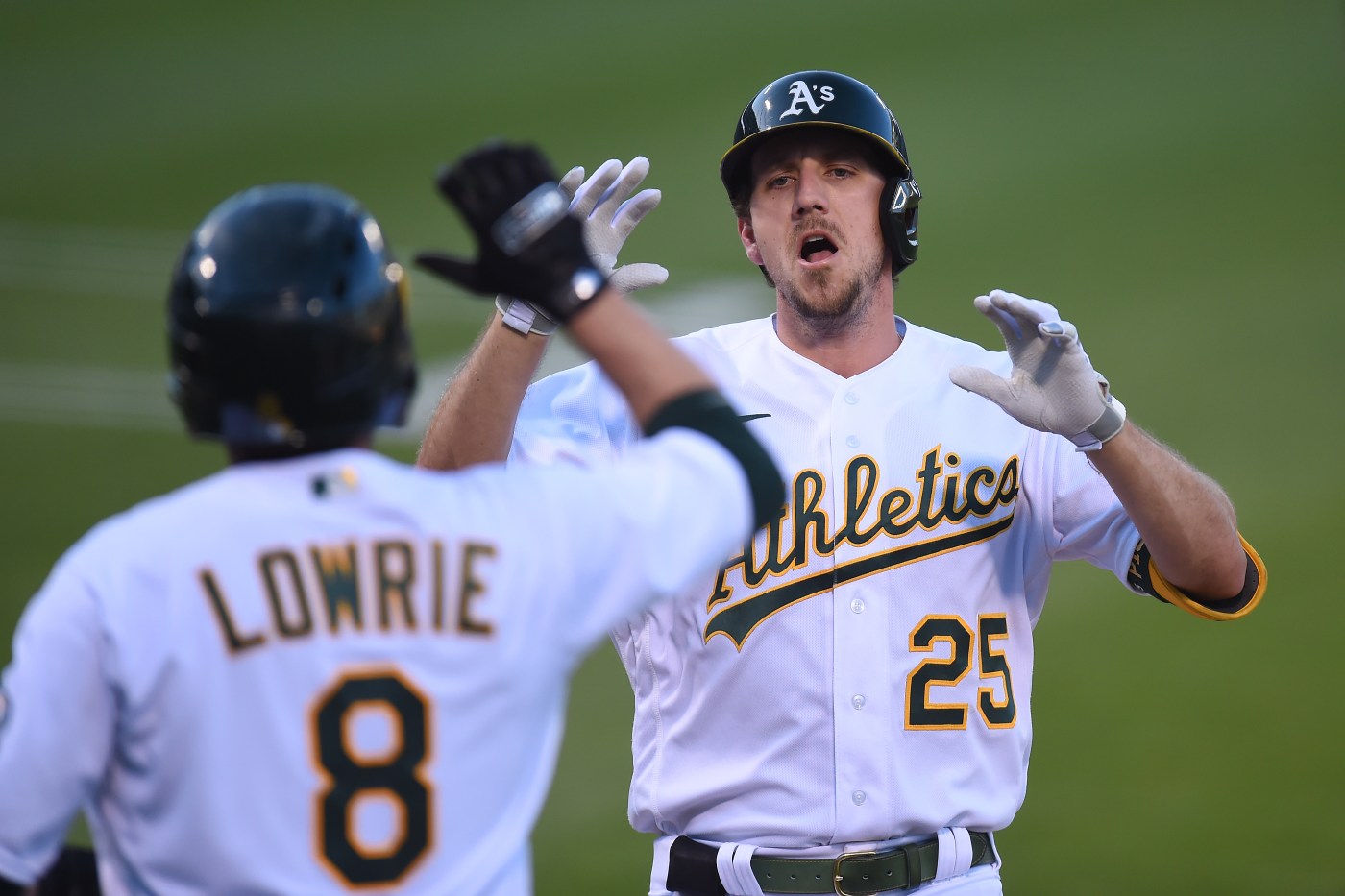 In Marcus Semien’s anticipated return to Oakland with his new team, his old team stole the show. The A’s took the first of this four game series against the Toronto Blue Jays, 5-4, on Monday night at the Coliseum. The A’s move to 7-2 in one-run games.

The A’s played a video tribute for Semien before first pitch, and the sparse crowd — that included his family and friends — gave the Bay Area native a warm ovation. Semien, who spent six years with the A’s from 2015 to 2020, collected a hit and a walk in his first game at the Coliseum since he donned green and gold.

Lowrie had his second consecutive three-hit game with two doubles. His eight total doubles lead the team, with Matt Olson coming in at second with six. The most consistent hitter for the A’s to start the season, Lowrie hit a six-game funk without a hit before his six-hit burst over the last two days.

Frankie Montas’ rough third inning put a damper on an otherwise strong outing. In that third, Montas gave up five singles and the Blue Jays scored three runs. But Montas rebounded, finishing six innings with just those runs allowed and four stirkeouts with one walk.

Yes, Matt Haarms is moving on, but here’s why getting him to BYU in the first place was so important

Sergio Romo pitched a scoreless seventh inning, extending his streak to five scoreless outings. The veteran reliever is bouncing back from a rough start to the season, in which he allowed nine runs in his first seven appearances.

Toronto star Vlad Guerrero Jr.’s three-hit day included a scorching double off the bat at 110 mph in the eighth inning off Lou Trivno. He’d advance to third on a single and score on Trivino’s wild pitch. But Semien lined out to end the threat and keep the A’s lead at one.