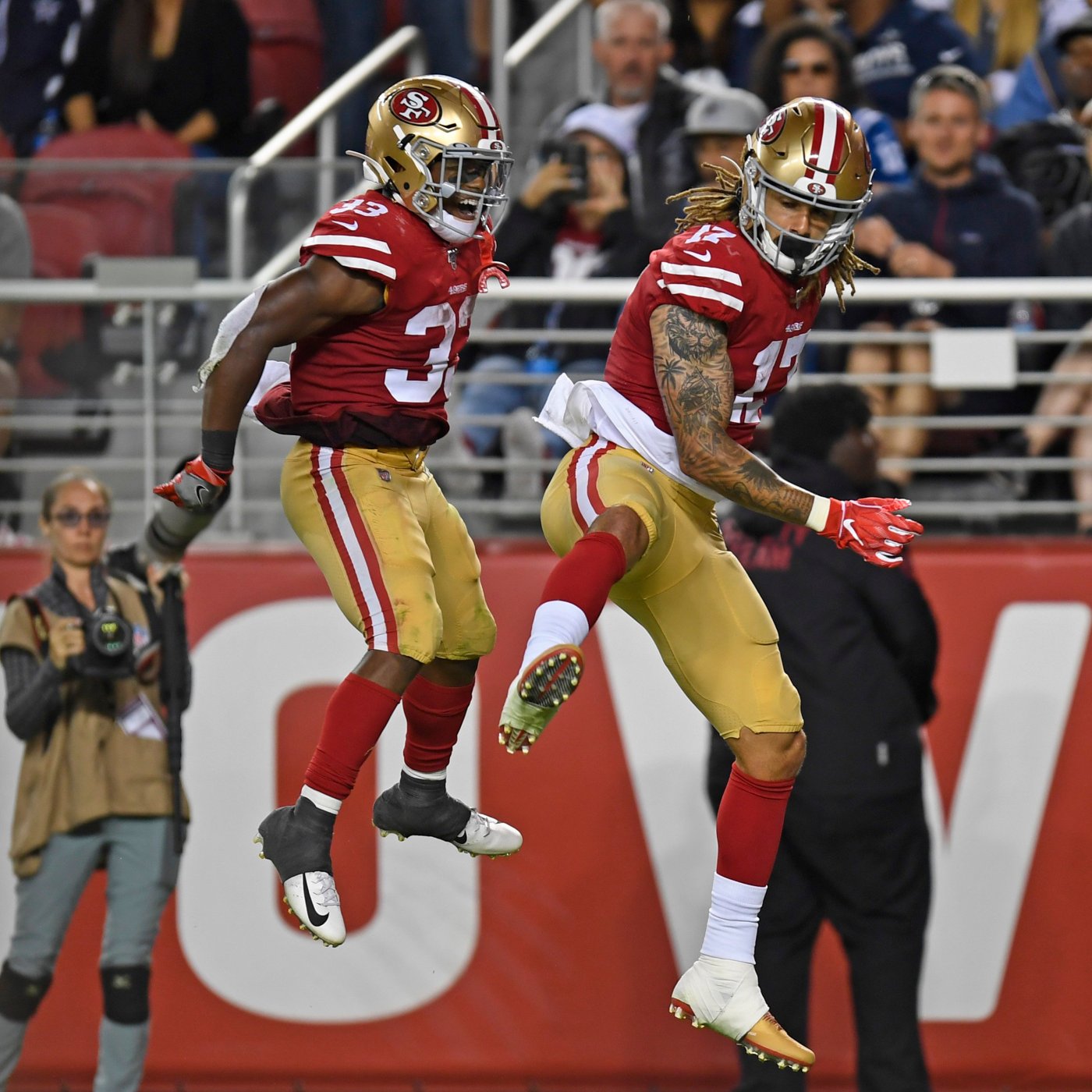 Tears flowed from Trey Lance’s eyes when he answered his phone at the NFL Draft in Cleveland. The 49ers surprised him, and many others, with their pick at No. 3 overall.

That captured how emotional this draft marathon was for all involved, from anxious fans dreading a duller quarterback to the 49ers’ seven other draft picks who reacted with more gratitude than any recent class.

“I noticed that, too, with the players,” general manager John Lynch said Saturday. “Usually I call them and get elation, and by the time I give them over to Kyle (Shanahan), the emotion is starting to come to tears. I felt more of that this year.

“There were some really touching deals. You felt a lot of emotion.”

A day later, USC safety Talanoa Hufanga expressed how truly thankful he was as a fifth-round pick. “My family’s been through a lot,” Hufanga said. “My dad grew up on an island (in Tonga) with dirt floors. I got to see what that was like, and when you can make this transition, you’re grateful.”

This is what Lynch called the cool part about his job, about making dreams come true, and making the 49ers’ roster better for a Super Bowl run. An exhausted Lynch added: “It was tougher with all the challenges this year presented. … I’m ready to go on vacation and leave Kyle here to run the team.”

Let’s run down this draft’s other highlights:

QUICK LEARNER: Lance’s go-to verb from Day 1 is “learn.” He used it 20 times – learn, learned, learning — in his introductory press conference. What he didn’t say aloud is he’s a fast learner. Maybe he’ll get up to speed quicker than expected, which is what he did with North Dakota State’s complex offense featuring, for example, 33 different dropbacks and play-action moves.

“That’s probably one of the things people are going to really realize about him,” Carlton Lance said about his oldest son in a pre-draft interview. “One of his intangibles is he’s very coachable and picks things up. You can tell him something on the sideline and he can implement it.

“I’m telling you, that’s special. That is a special talent.” Lance was to meet Saturday with quarterbacks coach Rich Scangarello at the 49ers’ facility, and be back for the rookie minicamp May 12.

THE GAROPPOLO DERBY: No, jommy Garoppolo didn’t get traded, and, as the 49ers’ brass stated a month ago after trading up for his successor, they’re willing to carry his $24 million salary.

“That was our preference,” Lynch said, “to draft a quarterback and keep Jimmy, provided that someone didn’t come and completely blow us away.”

“Jed and his family are OK with that and I know it fits in the cap, so that’s why I feel it’s a pretty good situation for us,” added Shanahan, noting that Garoppolo has taken “a business approach” and …read more