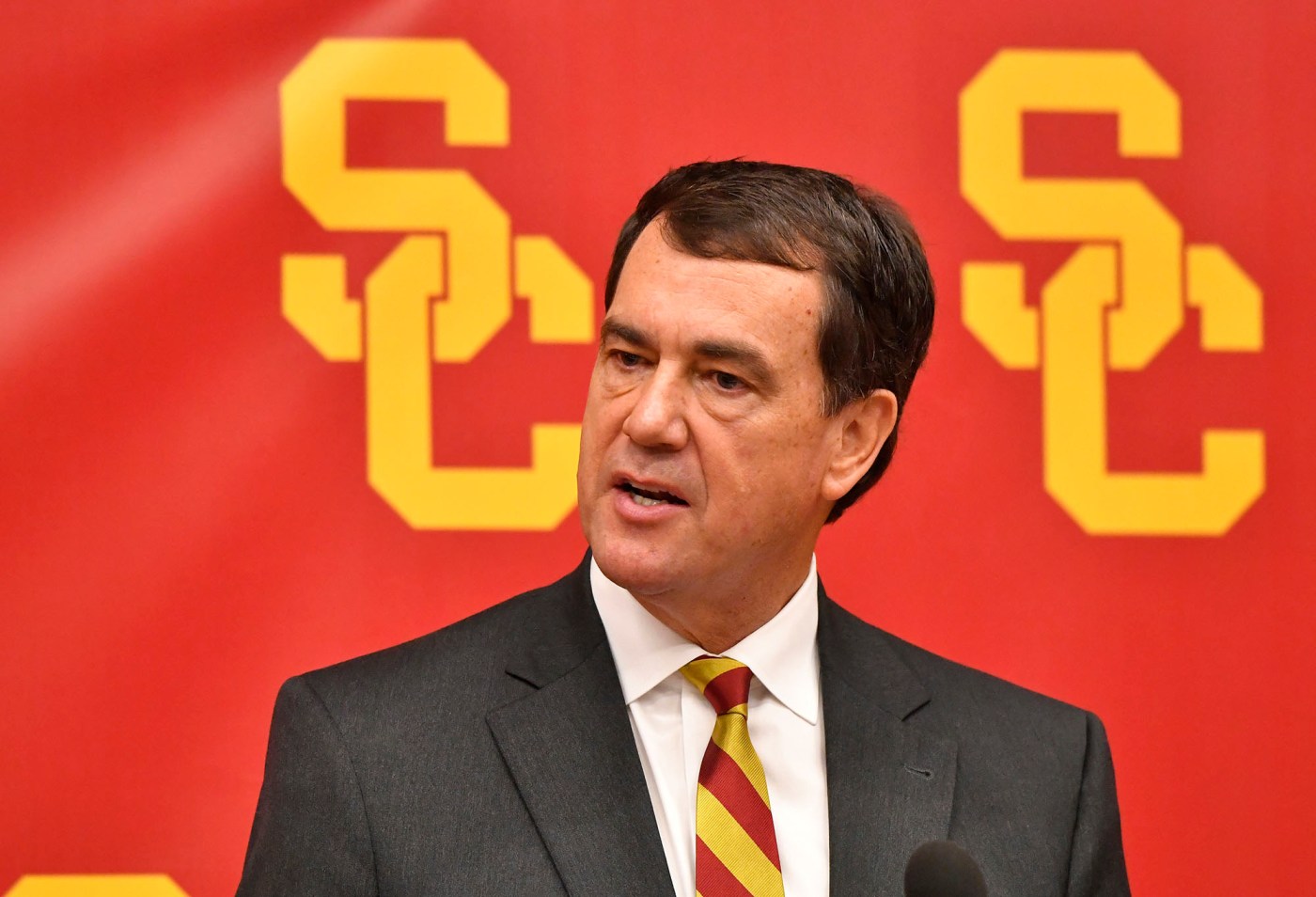 As far as USC firings have gone, Clay Helton’s was among the more civil and organized. No tarmac, no media leaks.

On Sunday after a disappointing loss to Stanford, USC athletic director Mike Bohn decided it was time for a change in leadership for the football program. After a day to get all the aspects of the announcement in order, Bohn met with Helton at 1:30 on Monday afternoon to inform him of the decision. The two then went to the regularly scheduled team meeting at 2:10 to inform the student-athletes and coaching staff, so they could hear it first from their coach and the A.D.

The only member of the program who got a heads up was associate head coach Donte Williams, who was told just before the team meeting that he would be the Trojans’ interim head coach.

Shortly after, the announcement went out: Helton and USC were parting ways. He was the third consecutive USC coach to be fired in the middle of the season. But his dismissal avoided the coldness of Lane Kiffin’s 2013 firing at the airport upon returning from a road loss, or the chaos of Steve Sarkisian reportedly finding out in 2015 he’d been fired not from the athletic department but from texts from friends following media reports.

“I think that meant a lot to a lot of players to have that kind of moment after we heard the news,” captain Ben Griffiths said Tuesday. “None of us were really ready for it. So yeah, I guess it’s a private moment that us as players should hold pretty close to our hearts and I’m just glad he got a moment to talk to us and say what he wanted to say.”

If all goes according to plan, that’s the manner in which USC will move forward with its search for Helton’s successor: Organized, methodical and under-the-radar.

Or at least as under-the-radar as a search for the next head coach of one of college football’s blue-blood programs can be.

As of Monday night, USC had not spoken to any candidates for the position, according to an athletic department source who spoke on the condition of anonymity. But, the source added, there had already been some backchanneling as representatives for sitting Power 5 head coaches have reached out to express their clients’ interest in the USC position.

USC will not move in any particular hurry to find its head coach. The search is expected to extend into early December, when many top coaches will be leading their teams in conference championship games.

“We’ve already started with building our profile, building all the elements associated with a solid search,” Bohn said in a press conference following Tuesday’s practice. “I’m looking forward to that.”

The process will not be led by a search firm. In past football coach searches, Bohn and associate athletic director Brandon Sosna – who worked together at Cincinnati before coming to USC in 2019 – spearheaded the efforts themselves, using firms to help conduct tasks such as background checks. The USC process is …read more