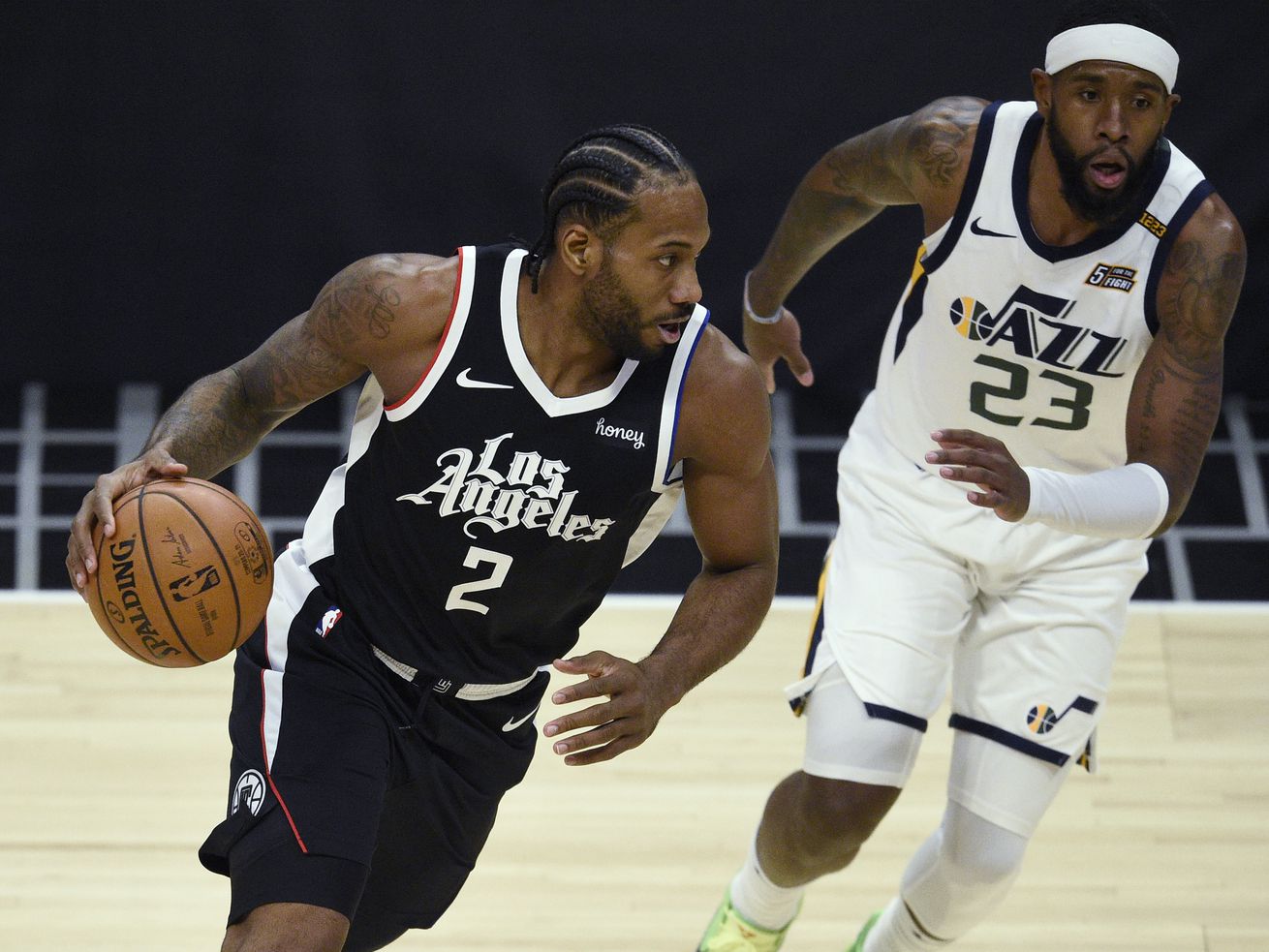 The Utah Jazz had its win streak snapped in Los Angeles on Friday night, losing 116-112 to the Clippers.

Two days ago the Clippers injury report was basically the starting lineup and Mike Conley had missed his sixth straight game. Just when we thought this Clippers-Jazz matchup was a wasted opportunity, they both came back in full force. Conley returned and the Clippers had Kawhi Leonard, Paul George and Nicolas Batum back in the lineup, so we all knew from the get-go that it was going to be an excellent game.
The best thing about this game is thinking about how great a best-of-seven game series would be between these two teams as a Western Conference Finals matchup. These teams would be a lot of fun to watch.
Here’s the thing, the fact that the Jazz were right there through the second half and at the end of the game even though it wasn’t a great shooting night and there are plenty of other things they could have cleaned up should be incredibly encouraging. This was probably the toughest test the Jazz have faced this season and they were right there.
The Clippers defense did a great job, especially through the first half of limiting the Jazz from the 3-point line and using their switching versatility to keep the Jazz out of their normal actions. Meanwhile the Jazz were playing pretty good defense too, the problem was the Clippers were hitting a lot of midrange shots.
As the Jazz were struggling through the first half, they got a lot of help from Jordan Clarkson and Bojan Bogdanovic to keep the Clippers from turning this into a blowout. Those two combined for 21 points in the first half and it was much needed for the Jazz.
Donovan Mitchell really came back impressively in the second half with 29 of his 35 points in the second half including some really clutch shooting right at the end. The Jazz came up short but it was good to see Mitchell get his bounce and rhythm back after having a tough go through the first 24 minutes with Patrick Beverley hounding him.

Where does Jimmer Fredette rank among college player of the year winners?

The Clippers had 11 offensive rebounds, but none as frustrating for the Jazz as the two consecutive offensive boards that Leonard grabbed late in the fourth quarter that pretty much sealed the victory for the Clippers. It’s not just that Leonard got the rebounds, but he got them in traffic when the Jazz should have done a better job at getting in position.
As I said above, most of the low notes and the mistakes that the Jazz made are mistakes that can be fixed which is a good thing. The hope is that they’re able to clean those things up before the playoffs come around
There were a couple of things that happened that …read more