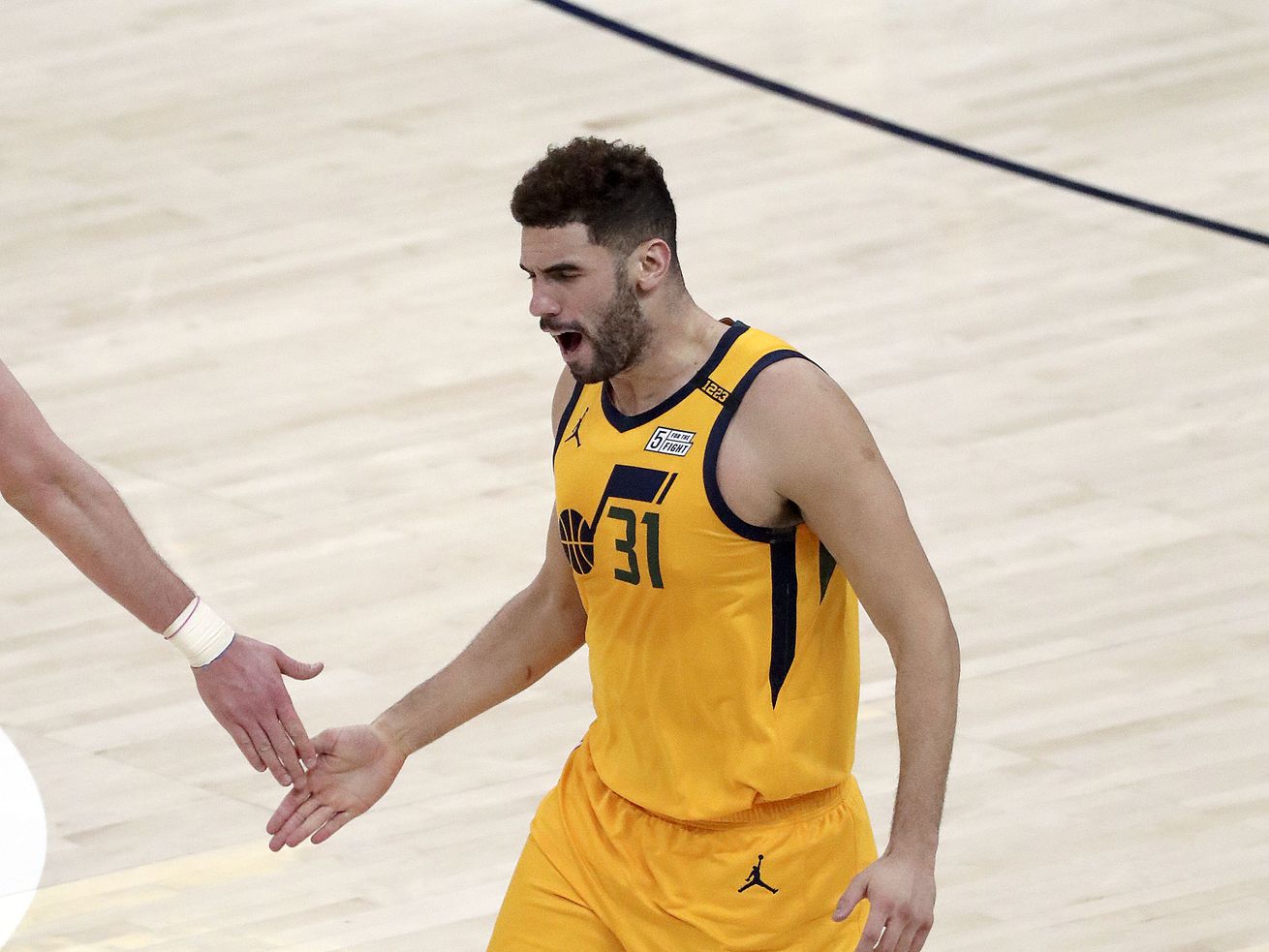 The Utah Jazz surged back from an 11-point deficit to beat the Charlotte Hornets, 132-110, on Monday night at Vivint Arena.

The Utah Jazz surged back from an 11-point deficit to beat the Charlotte Hornets, 132-110, on Monday night at Vivint Arena.

The Jazz played a pretty bad first half, a just okay third quarter and had one spectacular quarter and that was really all they needed. They were supposed to win this game, they are the better team and they proved that by underwhelming through most of the night and still coming away with a pretty convincing win.
The Jazz hit a franchise record 28-of-55 3-pointers against the Hornets. Even if you play really great basketball, if you let guys take open 3s at that high of a clip, it’s going to be really hard to win.
Obligatory Georges Niang 3-point appreciation line. In just under 16 minutes Niang went 7-of-7 from deep, earning him a water bottle shower from his teammates and a walk-off interview. This season Niang has been shooting well below the percentages from previous seasons and for a guy that works that hard and is totally capable, it’s really nice to see him have a breakout moment of that magnitude.

Jordan Clarkson remains a complete lightning bolt.
Donovan Mitchell can have a pretty bad game and make you forget about it with three or four consecutive impact plays during a run.
Rudy Gobert’s defensive value should never be underestimated. The Jazz don’t have the big run they needed to put the game away if Gobert isn’t there to lock things down.

A note on technical fouls. Rudy received his second tech of the season after hitting the floor and screaming at the officials when they charged a foul to him and he felt it was the wrong call. That was quickly followed by Quin Snyder lashing out at the officials, earning himself a technical too. Then Snyder jumped to Gobert’s defense and challenged the play. Snyder often uses his challenges to show support for the players, even when the right call was originally made and I really like that approach. Also, a technical foul …read more