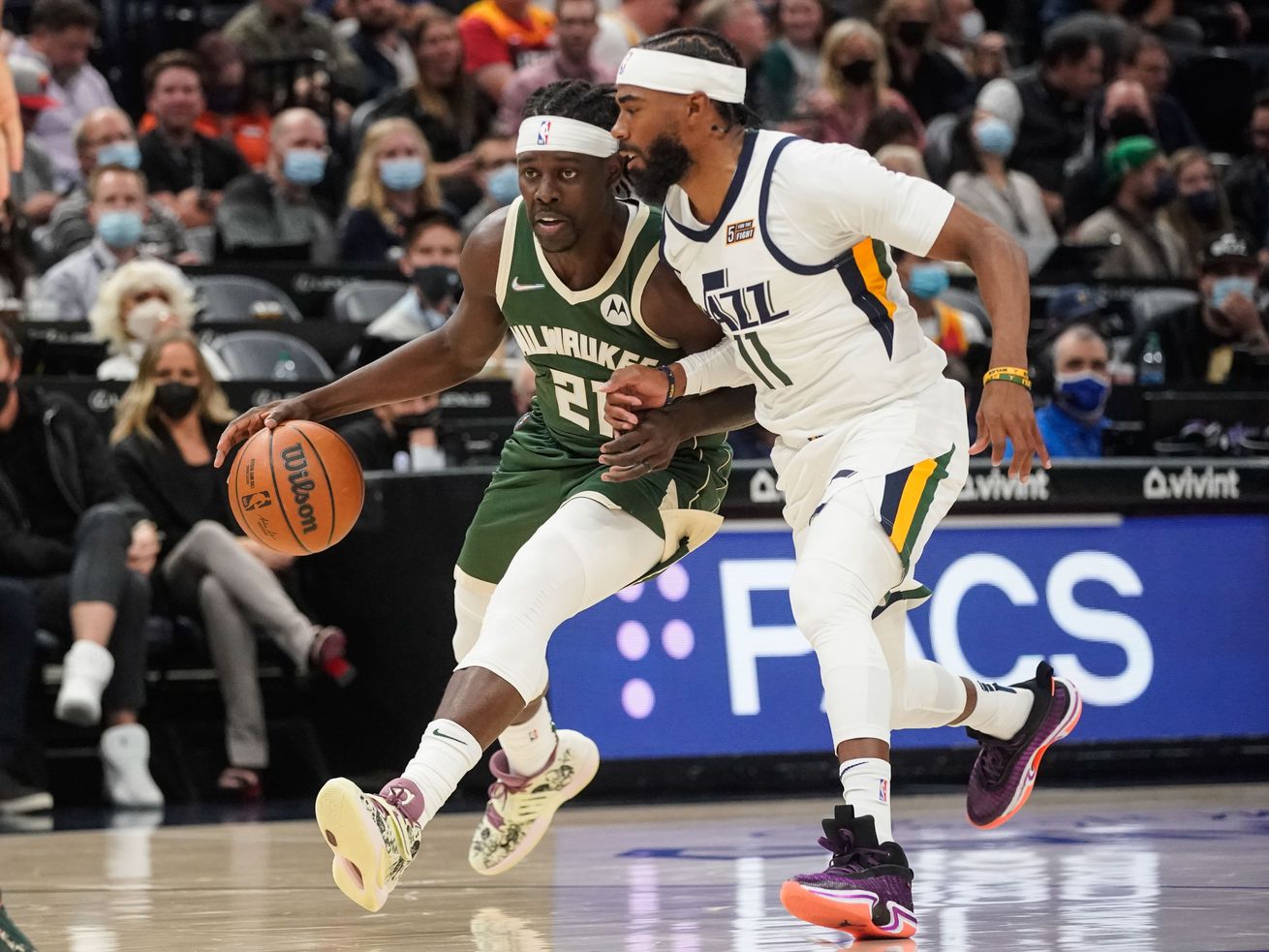 The Utah Jazz beat the Milwaukee Bucks, 124-120, at Vivint Arena in the preseason finale.

The Jazz had most of their main rotational players available for the preseason finale at Vivint (save Joe Ingles who was resting, and Rudy Gay who remains out as he recovers from offseason surgery) and for the most part they looked really good. Definitely feels like these guys are ready for the regular season and to play in games that count.
Is that improvement from Hassan Whiteside that I see? Maybe he’s a guy that wasn’t giving everything he had in the first three preseason games. Maybe he’s adjusting to the Jazz’s system. Maybe Whiteside is a player where some nights he’ll do some smart things and some nights he won’t. No matter the situation, Whiteside had his best outing with the Jazz on Wednesday night. He blocked a jumper by Giannis Antetokounmpo, had a few really good rebounds, nice hands on the catch and some good decision making including kick outs to the 3-point line.
Jared Butler made his preseason home debut for the Jazz and gave the crowd a lot to cheer for. The kid does not give up on plays. Even when he messes up, as rookies will do, he stays with the play. He can also shoot, handle, defend and do a lot of things really well.
Jordan Clarkson was working insanely hard on the defensive side of the ball. No one is going to say that Clarkson is a great defender, but what can no longer be said about him is that he doesn’t try. That’s half the battle sometimes and an active defender is better than someone that can be hunted.

The Jazz have one more two-way contract available (after they quietly decided to move away from Justin James) and if the Jazz are going to give it to a player that’s currently on the preseason squad, my money would be on Malik Fitts. He has a lot of the skills that the Jazz like in young developing players, namely that he defends well and he can shoot the ball from deep.
It’s a little impossible to watch a game with Antetokounmpo, and not say something positive. And, it somehow seems like he’s even better than before. If the Greek Freak is going to be taking in-rhythm pull-up jumpers and taking guys off the dribble the way he was in this preseason game, he’s going to destroy people.
Speaking of pull-up jumpers, Rudy Gobert hit an easy bunny that looked great and at the end of the half he looked like he wanted the ball to take a final 3-pointer. Donovan Mitchell ended up taking the last-second shot, which is smarter, but less fun.