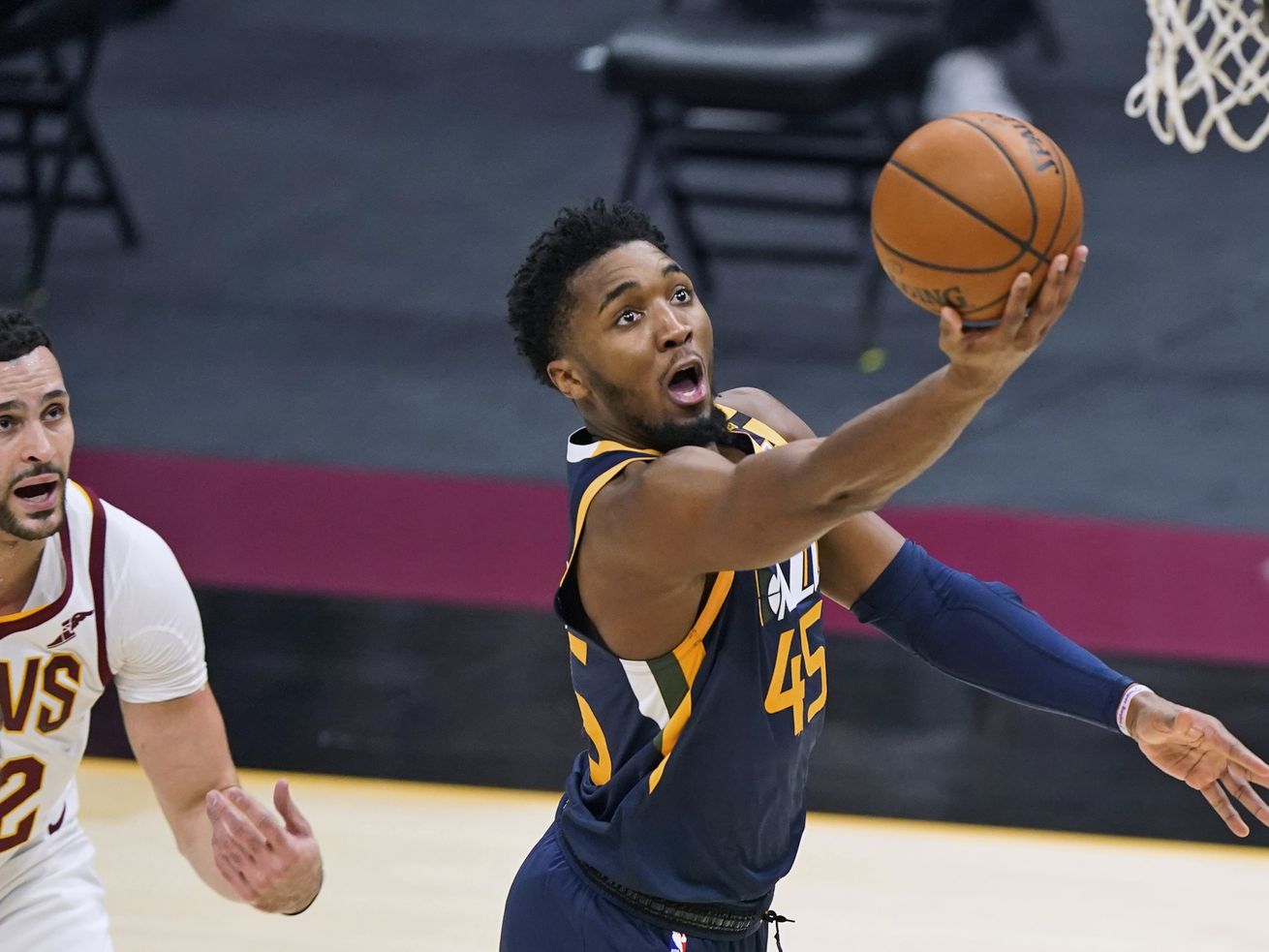 The Utah Jazz earned a wire-to-wire 117-87 victory over the shorthanded Cleveland Cavaliers on Tuesday for their third straight win.

Donovan Mitchell is really in his bag right now. He’s flying around the court, cutting, diving, knocking down shots in rhythm and putting on a show. He led the Jazz with 27 points on 9 of 17 including 5 of 7 from deep. In the last three games (all wins for the Jazz) Mitchell is shooting a combined 54.1% from 3-point range.
It was actually another good night from distance across the board for the Jazz, who converted on 24 treys at a 53.3% clip.
There was a massive amount of give-and-go action on Tuesday, especially with Mike Conley, Bojan Bogdanovic, Jordan Clarkson and Royce O’Neale. It’s such a simple but wildly effective basketball move and it looks really great. We know that the Jazz have a ton of shooting talent so it was nice to see them mix in some other stuff.
Georges Niang has been having a rough go lately but turned things around on Tuesday night with his first double-digit performance of the season.
Miye Oni is a lot more athletic than his frame suggests and if he is continually given regular minutes I feel like he could be really impactful defensively for the Jazz and a building piece for the future. I have yet to listen to his rap album so I’ll save judgement on that for later.

Low notes
It’s completely unfair to try to analyze and criticize a Cavaliers team that was missing eight players. For a team that’s been dealing with a rash of injuries and setbacks for multiple players since the beginning of the season, the Cavs have dealt with things remarkably well especially on the defensive end. But being so shorthanded and without any point guards to play, it’s impossible to expect their defense to really flourish. The Jazz were supposed to look like the better team and they were on Tuesday. I’m not going to use any of the “low notes” space to be critical of a team that’s trying to work with next to nothing.
Flat notes

I know that Jazz fans have experienced fatigue with Rudy Gobert’s finishing for a lot longer than I have, but over the last few games it seems like it’s been worse than normal. He actually admitted after the game against the Pistons on Sunday that there were shots he knew he should have finished. He’s 7-feet tall and has a wingspan that makes it barely a job to get the ball in the basket. He has to be stronger. He has to be.
The Jazz were leading by 31 points with seven minutes left in the game and there were still three Jazz starters on the …read more