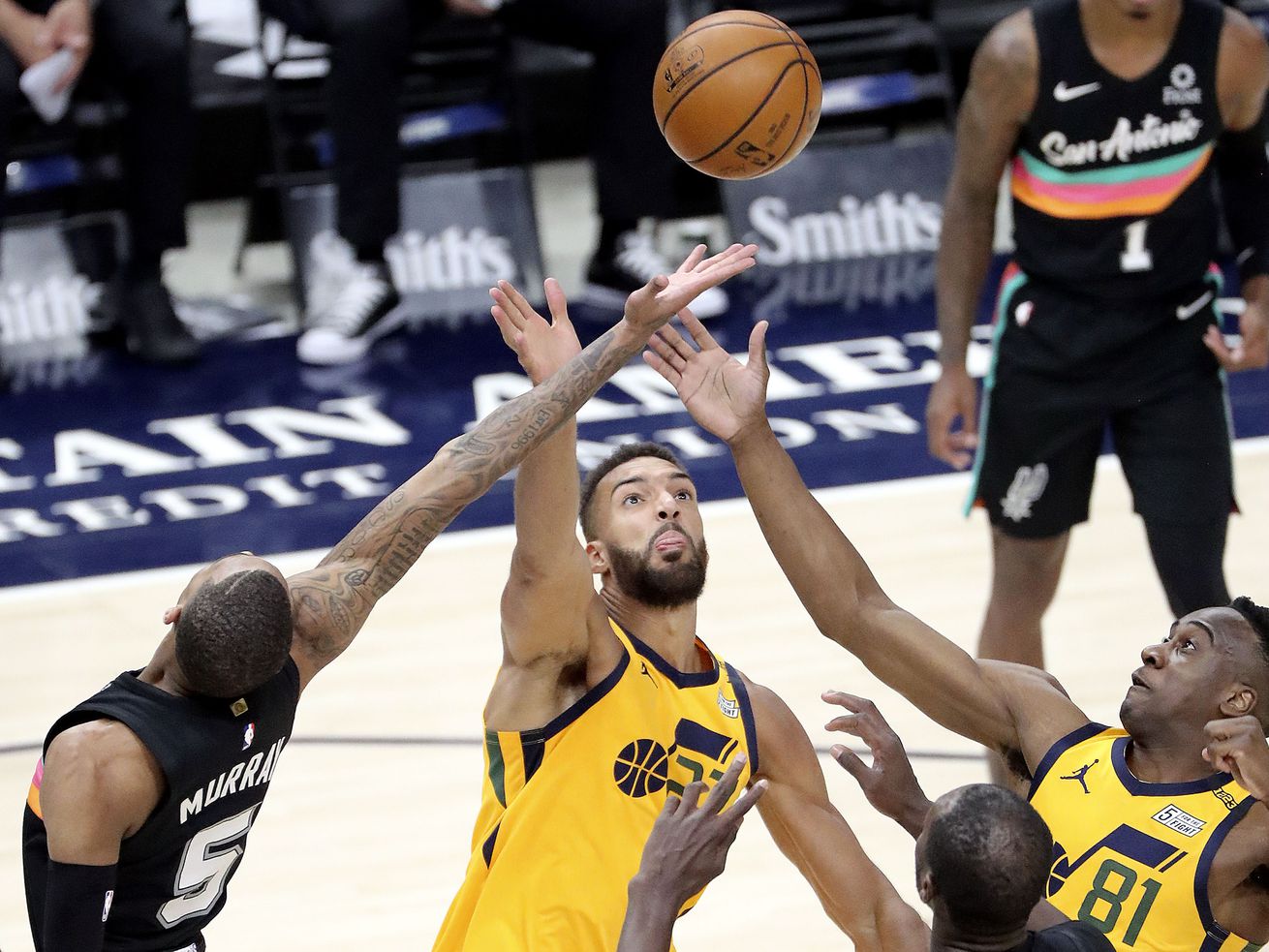 The Utah Jazz beat the San Antonio Spurs, 110-99, at Vivint Arena on Monday night. In the second of a five-game home stand, the Jazz improved their record to 47-18 on the season, putting them just a smidge ahead of the Phoenix Suns for the No. 1 spot in the Western Conference.

Once again the Jazz played without Donovan Mitchell and Mike Conley, but unlike most of the games that came before, when the Jazz were down two of their three All-Stars, the Jazz offense seemed to be running pretty smoothly on Monday. There was more movement and diversity in how the Jazz were creating. It wasn’t just about one type of action or one player getting theirs while everyone else watched.
With just over seven minutes left in the opening quarter, Rudy Gobert stood his ground in the paint in a way that stopped a Spurs fast break and deterred not one, not two, but three different Spurs players from going anywhere near trying to score at the rim. There is not a stat for that, but Gobert leads the league in it.
Royce O’Neale had two quick steals that led to the Jazz running on the other end in the opening minutes and then his activity on the defensive end continued throughout the night. I can almost — almost — live with some of his offensive hesitation when he is that engaged on the defensive end. And that type of defensive energy and activity is infectious.
Trent Forrest was again afforded quite a bit of run with Conley and Mitchell out, and he again made the most of his time. Like a lot of players who are trying to break into regular NBA rotations, he’s a hungry player and makes a lot of hustle plays. What’s even better is that a lot of the hustle plays he makes are on the defensive end and hitting the glass. That’s the type of thing that if done consistently, is really noticed by NBA coaches. That’s why O’Neale has a starting role on the Jazz. Forrest played 21 minutes, and had nine points, four rebounds and a steal but for a second straight game his impact was greater than what the box score showed.
Devin Vassell, 11th overall pick in the 2020 draft, was touted as a 3-and-D player who was ready to play now, which is why he was a lottery pick. But, even with the hype around him and with the footage that I’ve seen, I didn’t realize how good of a defensive player he is, particularly off the ball and within a system. That’s a player to watch.

Jordan Clarkson was shooting 37% from 3-point range before the All-Star break. …read more