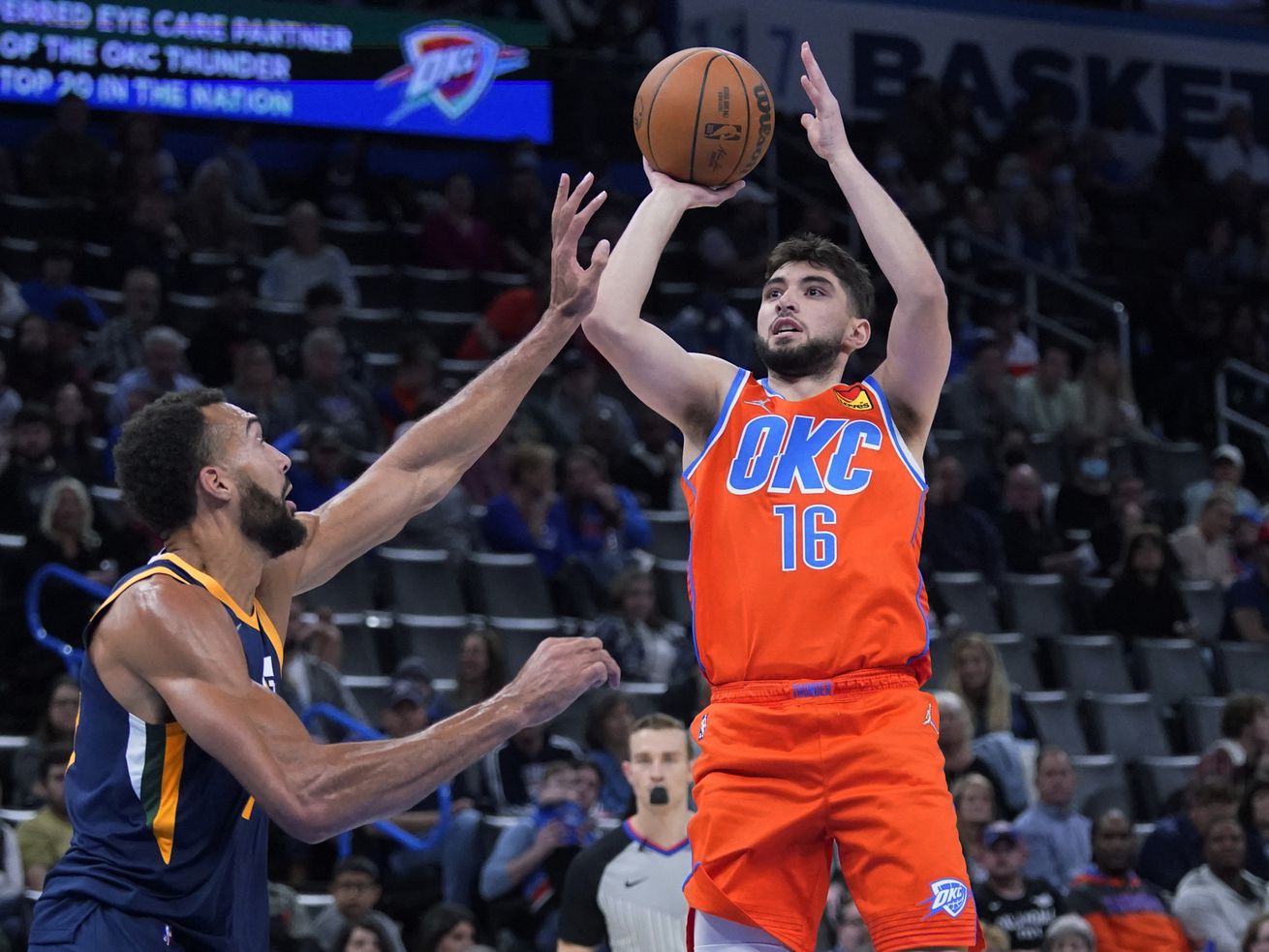 The Utah Jazz were able to hold on in the fourth quarter and pull out a 110-104 win over the Oklahoma City Thunder on Wednesday night on the road.

Rudy Gay seems to be getting more and more comfortable with the Jazz with every game. All of the reports about how involved he was over the last couple of months even though he wasn’t able to practice with the team seem to have been true and to have paid off. If the only way to go is up for Gay then the Jazz really are going to get what they’ve wanted out of him.
No one is ever perfect and basically every player goes through slumps or just times when they feel like their shooting is off. I’ve watched countless players go through this, but when it happens with Jazz players, they are unique in that they never seem really upset about it. Even if they do get a little frustrated, the Jazz continue to shoot and that speaks to a level of confidence that they get from the coaching staff and from one another and those are really important aspects of being a part of a team.

Special defensive honorable mentions for Rudy Gobert, Royce O’Neale and Jordan Clarkson. Gobert and O’Neale were doing their usual thing, blocking shots, grabbing steals, and Clarkson was showing effort against Lu Dort when other Jazz players weren’t as successful.
Actually, Jordan Clarkson was maybe the best two-way player for the Jazz on Wednesday night. He finished with a team-high 20 points to go with five assists and three rebounds.

Hassan Whiteside played 2 minutes, 54 seconds before being ejected for the some stuff that he said to the officials after a made shot. That’s the Jazz’s sixth ejection of the year, in just 18 games.
Really lackluster stuff from a lot of the Jazz’s main guys. Donovan Mitchell couldn’t get his shot to go and he wasn’t adding anything on the defensive end. We know that Dort is a tough defender but the Jazz should be able to find ways to get their main guy some easy looks. Mike Conley seemed particularly frustrated by the end of the game and Joe Ingles was pretty absent.

When Whiteside went out I thought, ‘Oh this will be a good test for the Jazz.’ They can show some of their versatility and they’ll have a bit of a challenge throughout the night. Well the defense looked really bad for large chunks and they were giving wide open layups to the Thunder.
My biggest problem with this game is that it felt incredibly flat from an attitude standpoint from the Jazz. Sure they won, but they were fighting right down to the wire against a team that the Jazz are frankly better than, and …read more