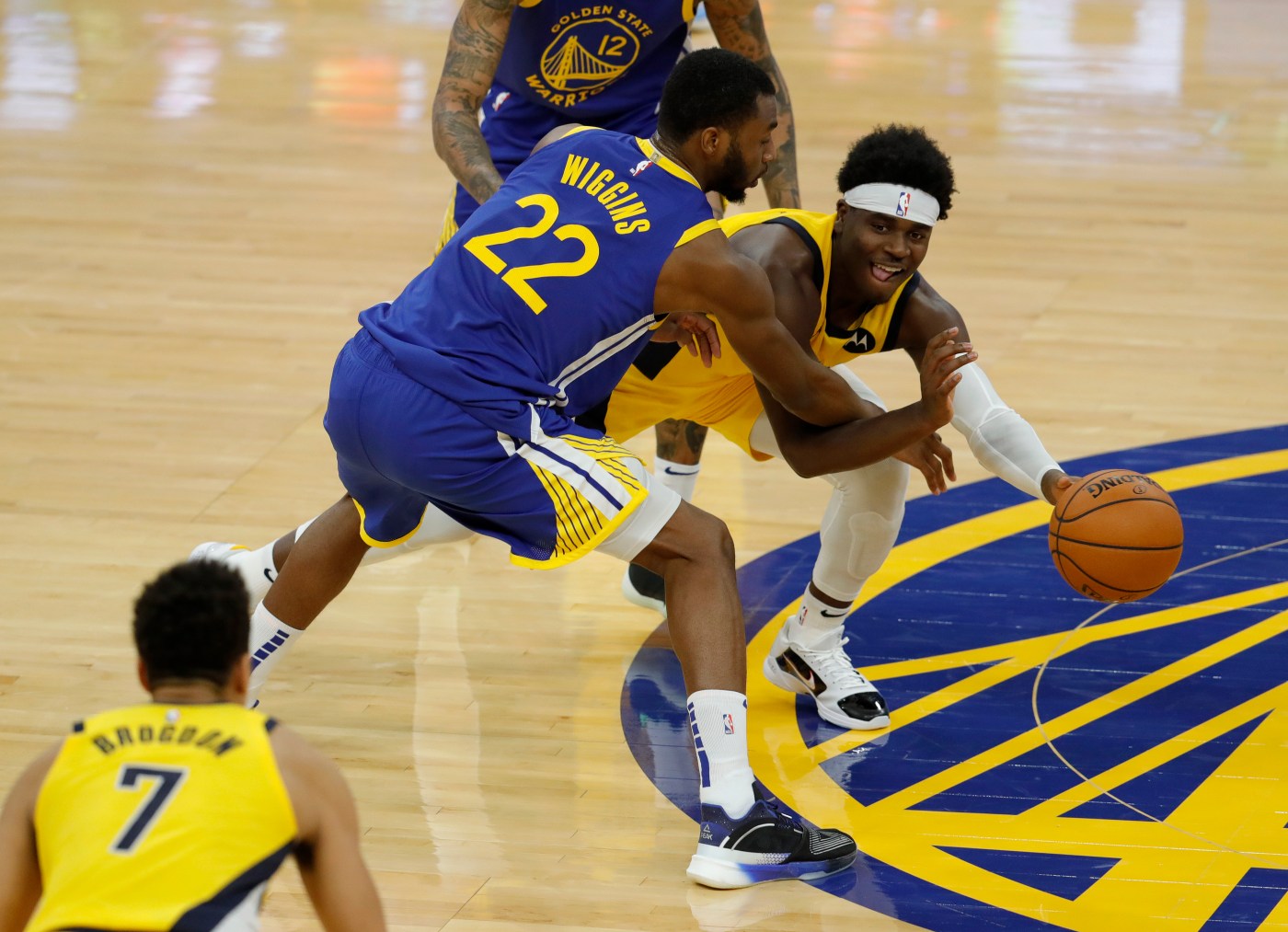 Before the start of the season, Steve Kerr and Andre Iguodala played a round of golf in the Bay Area and chatted about the Warriors, Iguodala’s new team the Miami Heat and whatever else naturally comes up on a good walk ruined.

Between tee-shots, they may have discussed Andrew Wiggins who, in some ways, has assumed Iguodala’s role as Golden State’s premier wing defender.

As the Warriors set to play the Heat Wednesday night at Chase Center, Wiggins has emerged as one of the NBA’s best on-ball defenders this season and is helping the Warriors play elite defense for the first time since they traded Iguodala in 2019.

Mailbag: How happy are the Warriors with Andrew Wiggins?

Despite the 25-year-old Wiggins’ length and athleticism that made him the No. 1 draft pick in 2014, he had failed to live up to his defensive potential during his 5 ½ seasons in Minnesota. But the Warriors viewed him as a better fit than Russell and believed they could turn him into an elite wing defender.

Through 28 games, Wiggins has bought in on the defensive end. He is holding opponents to just 38.5% shooting, which ranks second behind only Utah Jazz guard Mike Conley among players who have defended a minimum of 200 field goal attempts this season, per NBA.com’s Advanced Stats.

The Warriors are holding opponents to 5.4 points per 100 possessions less when Wiggins is on the court, according to Cleaning the Glass, a target not reached by a Warriors wing since Iguodala in 2017-18.

It’s worth noting that Iguodala and Wiggins are different kinds of defenders. Kerr relied on Iguodala for his versatility and anticipation, while Wiggins is used primarily as an on-ball stopper.

“The similarities lie in their athleticism and their length,” Kerr explained Tuesday before pointing out their differences. “Andre was more of a jack of all trades defensively. He guarded everybody, on or off the ball. He just had a knack, much like (Draymond Green), for blowing up possessions by understanding what was coming when he was on the weak side of the floor.”

Iguodala and Green represent the high basketball-IQ players that fueled the Warriors during their five Finals runs from 2014 to 2019.

These Warriors, meanwhile, rely on the athleticism, length and hustle from …read more