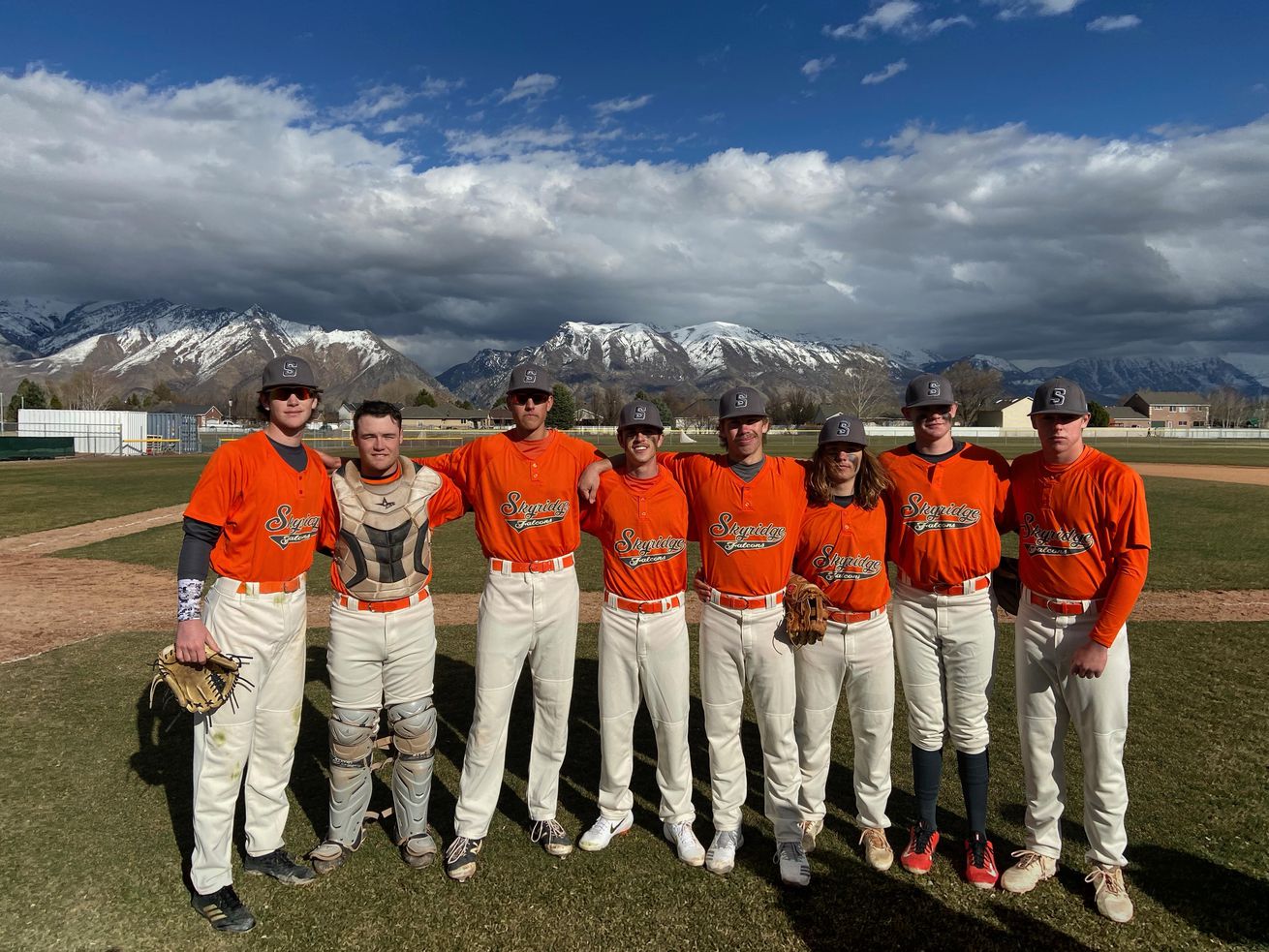 LEHI — If things turn out as the parties involved hope, the four games of rather impromptu baseball played Saturday at Skyridge High School won’t end up being a whole lot more than some preseason, nonregion action.

But if the Utah High School Activities Association is forced to suspend games well beyond March 30 as is currently the plan in the wake of the coronavirus pandemic, the contests played by five teams from the state may well have served as the final time the seniors on those squads will suit up at the high school level thanks to what is rapidly turning into an unprecedented situation.

The last-minute derby featuring the Falcons, Lone Peak Knights, Payson Lions, Salem Hills Skyhawks and Timpanogos T-Wolves came as a result of rain in St. George, where Skyridge and Timpanogos were supposed to open their 2020 campaigns over the weekend in the Red Rock Classic presented by the Marshall Gates Foundation.

Skyridge left for St. George on Thursday morning, the night after the NBAs season was suspended when Utah Jazz center Rudy Gobert was found to have tested positive for the coronavirus. As the bus journeyed south, head coach Ryan Roberts and others were learning via Twitter of cancellations taking place throughout the sports world.

Then just before 2 p.m. Thursday, the UHSAA announced effective March 16, all activities statewide would be suspended for two weeks due to the COVID-19 outbreak, with schools having the option to suspend activities immediately.

That night, Skyridge’s junior varsity team played two games, but a deluge of rain prevented much of the tournament’s action from taking place. Knowing the Monday deadline to play was looming, players and coaches decided to leave St. George with the thought that Roberts could get some last-minute games scheduled back at home.

The team departed on Friday, with Roberts working the phone on the way home to try to schedule some games for Saturday at Skyridge. He said every coach he talked to wanted to play, although not all were authorized to given the circumstances.

By Friday night, Lone Peak, Payson, Salem Hills and Timpanogos were all on board to play Skyridge on Saturday, meaning the Falcons would be playing four games.

Roberts spent a few hours that night preparing the field at Skyridge, but it wasn’t until he got home that it dawned on him that the next day’s games could be the last for seniors, depending on how the coming weeks and months unfold. At that point, the contests took on a bit of a different feeling for him.

“Our goal was to get up and get our first games of the year in and then also celebrate our (eight) seniors that we have and let them get that experience to play their final game and celebrate them,” Roberts said.

As one might expect, there was a different feeling at the ballpark on …read more