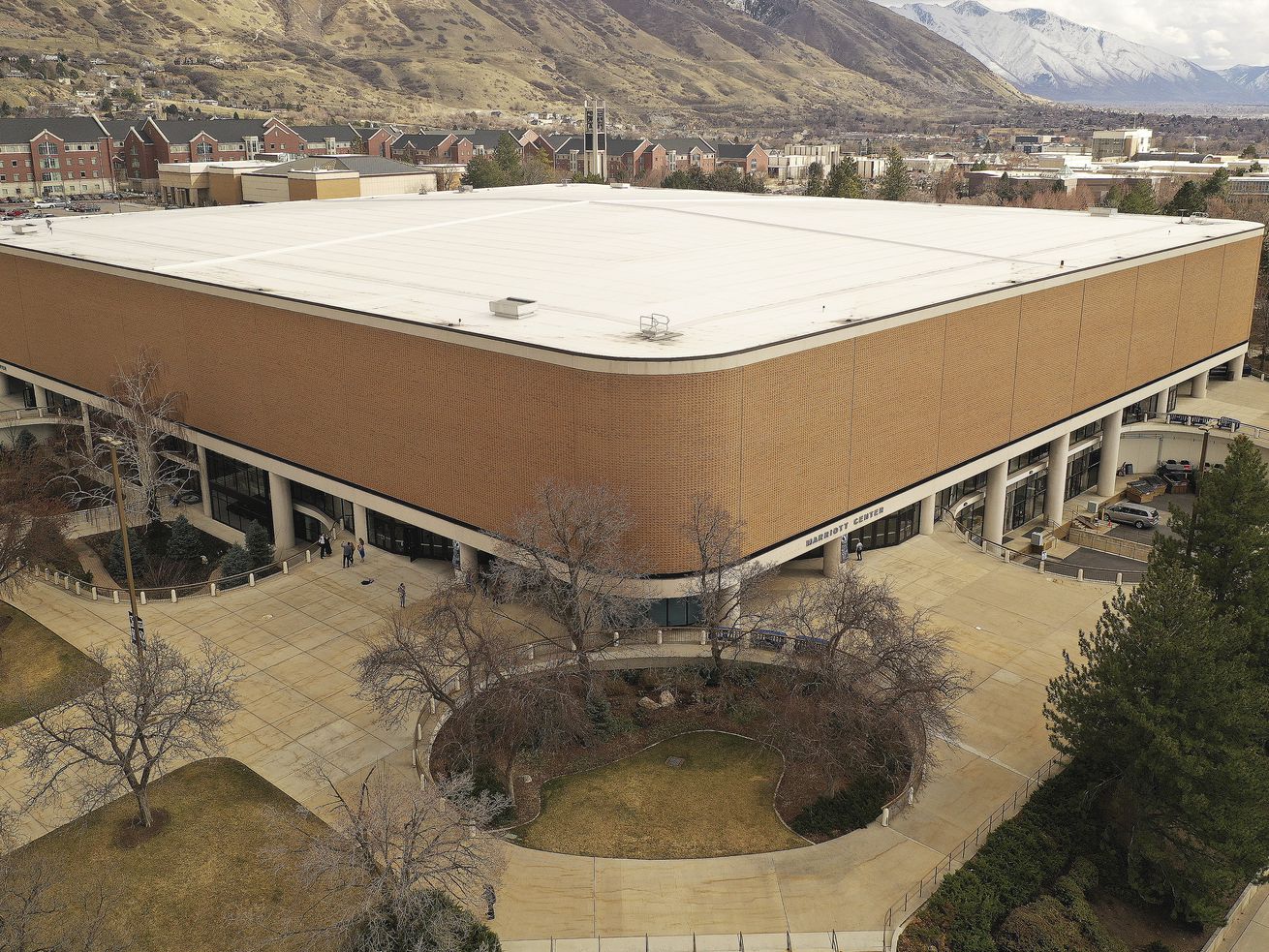 Due to the ongoing pandemic, the Cougars have been playing home games in front of small groups of family and close friends.

From a young age, Caleb Lohner began attending BYU basketball games at the Marriott Center with thousands of rabid fans cheering and screaming.

But due to the ongoing pandemic, during his freshman season the 6-foot-8 forward has been playing home games in front of small groups of family and close friends. It’s been that way for almost all the road games as the traditional “home court advantage” around the country has been neutralized.

So what was Lohner’s reaction when the school announced Monday that “a limited number of spectators” would be allowed to attend this weekend’s games Thursday against San Francisco and Saturday against Saint Mary’s?

“I was stoked, man. I grew up going to BYU games. So this year, playing for BYU, there’s no one in the stands. It’s quiet,” he said. “It’s not the same energy in the gym. I know it’s only 2,000 people but from what we’ve played with all year, it’s going to feel like the gym’s full. It’s going to be really exciting. I’m super pumped. Everyone’s really excited.”

Coach Mark Pope revealed that 1,750 fans will be permitted to attend these two games — including Senior Night on Saturday — marking the Cougars’ final two home contests, and the final two regular-season games.

Senior grad transfer Matt Haarms came to BYU last spring hoping to play in front of huge crowds at the Marriott Center. That hasn’t happened, of course. Haarms said he and his teammates are looking forward to receiving a boost of energy from those fans that will be attending this weekend.

“We’re so grateful to our administration, medical staff and all others involved for finding a way to do this safely. We can’t wait to share a little bit of Marriott Center magic with the fans this week.” — BYU head coach Mark Pope

“It’s super exciting. Hearing that was so awesome, especially on Senior Night we’ll actually have people in the gym,” Haarms said. “We’ve been able to have close family (at the games). That’s kind of it but that’s already been awesome.”

For Haarms, his “favorite game” he’s played in this season happened in early December against Utah State in Logan, a contest the Cougars won, 67-64.

“They said there were 2,000 people (in attendance) but it felt like (4,000),” Haarms said. “It felt like there were 2,000 people that all hated our guts. It was the most fun game we had all year just because we had so much energy in the gym. I can’t wait to see what the people are going to bring to the Marriott Center for these two games. It’s going to be so exciting.”

Pope credited the school’s administration, the medical staff and medical consultants “with getting to …read more