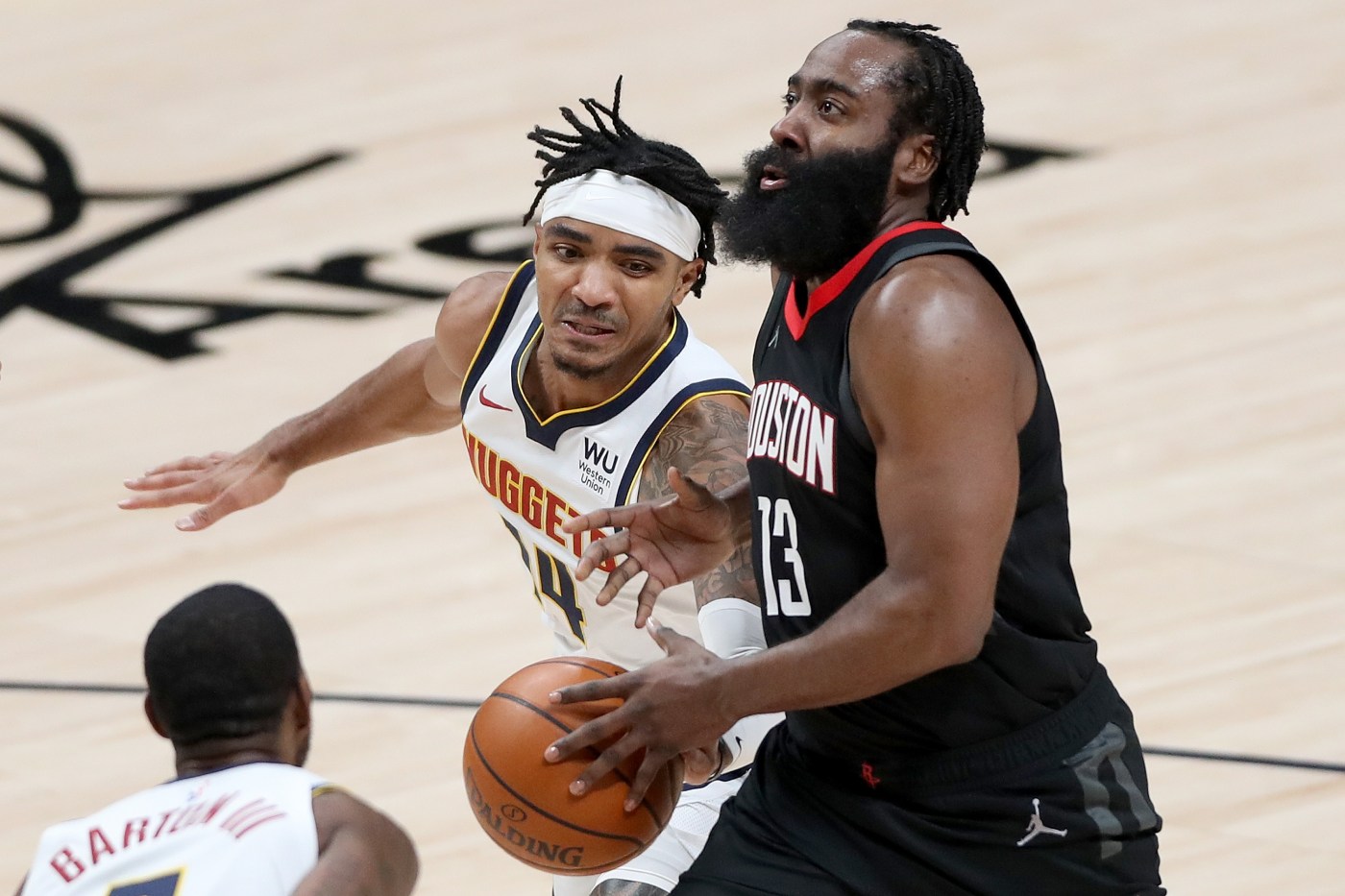 HOUSTON — The Brooklyn Nets have agreed to acquire three-time scoring champion James Harden from the Houston Rockets, a deal that reunites him with Kevin Durant and gives him the move that he has sought for weeks, said a person with knowledge of the situation.

Harden is going to the Nets as part of a four-team deal that also involves Indiana and Cleveland, according to the person who spoke to The Associated Press Wednesday on condition of anonymity because the trade call with the NBA — which signs off on all deals — has not been completed.

The deal was struck less than 24 hours after Harden seemed to deliver a farewell address of sorts following the Rockets’ loss to the Los Angeles Lakers on Tuesday night.

“We’re just not good enough … I love this city. I literally have done everything that I can,” Harden said Tuesday night. “I mean, this situation is crazy. It’s something that I don’t think can be fixed.”

It couldn’t, and now he’s gone.

It was obvious the end was nearing Wednesday, when the Rockets told him they didn’t want him at practice after his inflammatory comments about the team.

“We felt it was best for James and best for the group for him not to come to practice,” first-year coach Stephen Silas said. About two hours later, ESPN and The Athletic first reported that Harden was being moved.

The disgruntled superstar had remained quiet through months of speculation that he was unhappy in Houston. Silas called the drama surrounding Harden an “all-around messed up situation.” He was then asked what he thought about Harden saying the Rockets are “just not good enough.”

“That’s hard to hear, especially when you don’t believe it and you know it not to be true,” said Silas, who noted he didn’t sleep at all on Tuesday night.

The Rockets begin a three-game road trip on Thursday night with the first of two straight games against San Antonio. The Nets — who now have a Big 3 of their own with Durant, Harden and Kyrie Irving, or will when Irving returns to the team — were playing in New York against the Knicks on Wednesday.

The Rockets are just 3-6 so far this season and only Minnesota has a worse record in the Western Conference. The team is clearly in disarray and new arrival John Wall called the situation “rocky.”

“There has to be some sort of resolution, whether it’s a complete buy-in at some level or some other way to kind of get it taken care of,” Silas said. “So, yeah, it’s not it’s not an easy situation by any stretch of the imagination. But the team atmosphere… the good of the team, I say everybody needs to be pointed in …read more