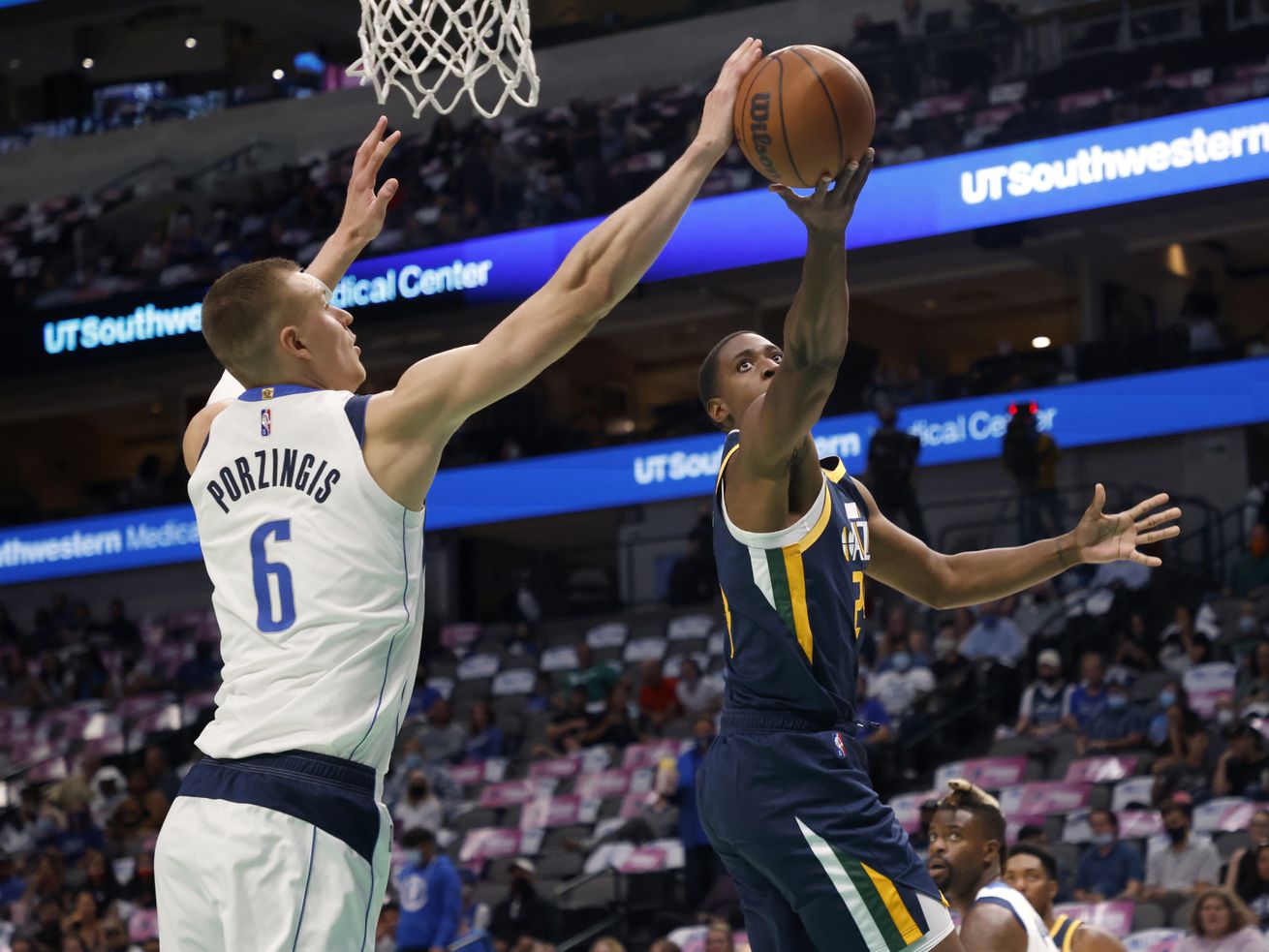 As the Utah Jazz prepare for the regular season, there were cuts to the preseason roster that needed to be made.

On Thursday the Jazz announced they had waived Derrick Alston Jr., Marques Bolden and MaCio Teague.

That means the final remaining training camp invitee on the roster is Malik Fitts, who has been an intriguing prospect through the preseason and leads the league in preseason 3-point shooting after going 5-of-6 for 83.3% in four games.

With Fitts on the roster, the Jazz have 15 players, the total number of players allowed. It seems unlikely that the Jazz would use the final roster spot to sign Fitts, but that doesn’t mean he won’t be on the team moving forward.

The Jazz also have another two-way contract they can use, and that could be where Fitts is headed.

The team re-signed Trent Forrest to a two-way deal earlier in the summer and then gave their second two-way deal to Justin James as training camp was beginning. But shortly after, the Jazz released James and he went on to join the Cleveland Cavaliers.

A two-way deal would allow the Jazz to keep a closer eye on Fitts’ development and call him up from the G League to play with the Jazz whenever they had the need for it.

The plan is for the Jazz to assign Alston Jr., Bolden and Teague, who all signed Exhibit-10 deals with the Jazz, to the SLC Stars, so it won’t be the last time Jazz fans will be able to see the three in action.

Exhibit-10 contracts give the team a player’s G League rights and include incentives for the players to stay with a team’s G League affiliate. Since the Stars have a reputation for developing players that go on to sign full NBA deals or find success internationally, they’ll probably stick around for a while.

As for Fitts, it seems telling that the Jazz announced the release of the other three training camp signings and left him off that list.