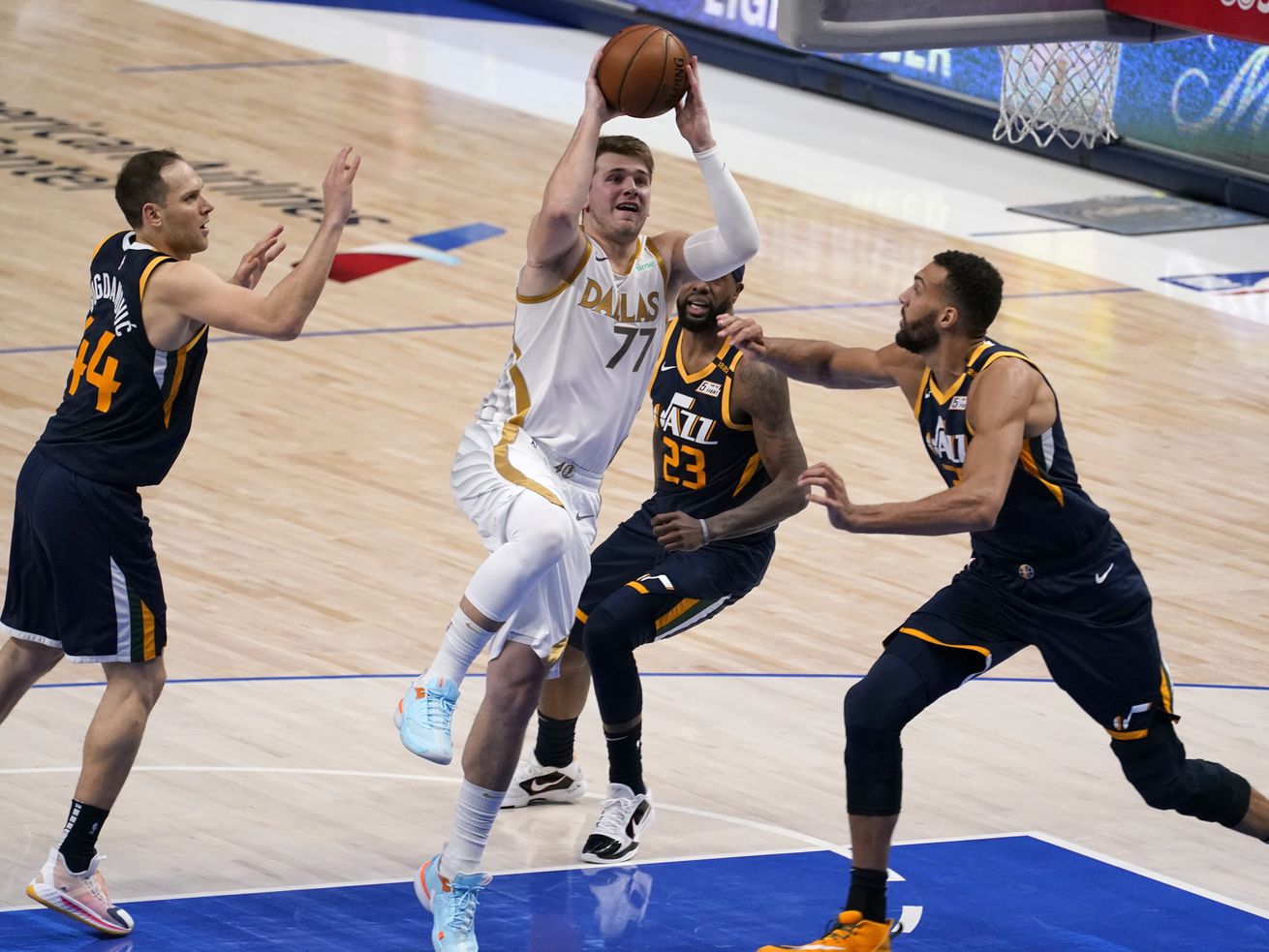 The Utah Jazz have only lost two games in a row twice this season and have committed to not taking any one loss as a sign that there is something wrong. Instead, they constantly look ahead.

The Jazz mantra this season has consistently been ‘on to the next one,’ no matter win or loss, and that’s their mentality after Monday night’s loss to the Dallas Mavericks.

“Sometimes it’s just to make or miss league and I don’t think any of us are too concerned. How many turnovers did we have? Eight. You know, I think we did a lot of good things, generated good looks, the shots just didn’t fall. Just move on to the next one.” — Donovan Mitchell

“Sometimes it’s just to make or miss league and I don’t think any of us are too concerned,” Donovan Mitchell said after the 111-103 loss in Dallas. “How many turnovers did we have? Eight. You know, I think we did a lot of good things, generated good looks, the shots just didn’t fall. Just move on to the next one.”

Dallas forward Dorian Finney-Smith said in his walk-off interview on Monday that the last time the Mavericks and Jazz played — consecutive Jazz wins in Salt Lake City on Jan. 27 and 29 — the Mavs weren’t at full health and he was having trouble breathing after coming back from battling COVID-19. He had circled Monday’s game against the league-leading Jazz on the calendar and was looking forward to better performance.

Finney-Smith acquitted himself admirably, scoring 23 points in the win over the Jazz.

Likewise, the Jazz’s next game is one that they have been looking forward to. No matter how much they want to go into every game with the same, even-keeled attitude, facing the Western Conference’s No. 2 team, the Phoenix Suns, is a contest that perks up the ears a little more than others.

“It’s the mindset of, not two in a row, just kind of getting back out there,” Mitchell said. “This is a big one. The one seed versus two seed. You try not to look at those things, but it’s hard not to.”

Not only are the Jazz coming off a loss to the Mavericks and heading to Phoenix on Wednesday to play the Suns, who have won six in a row, but they also have a game back at Vivint Arena on Thursday against the Portland Trail Blazers, who currently occupy the West’s 6th seed and have won five of the last six.

“These are teams that if we want to get to our ultimate goal we’re going to have to beat,” Mike Conley said of the upcoming back-to-back set. “They’re kind of catching their strides at the right time. We have to be able …read more