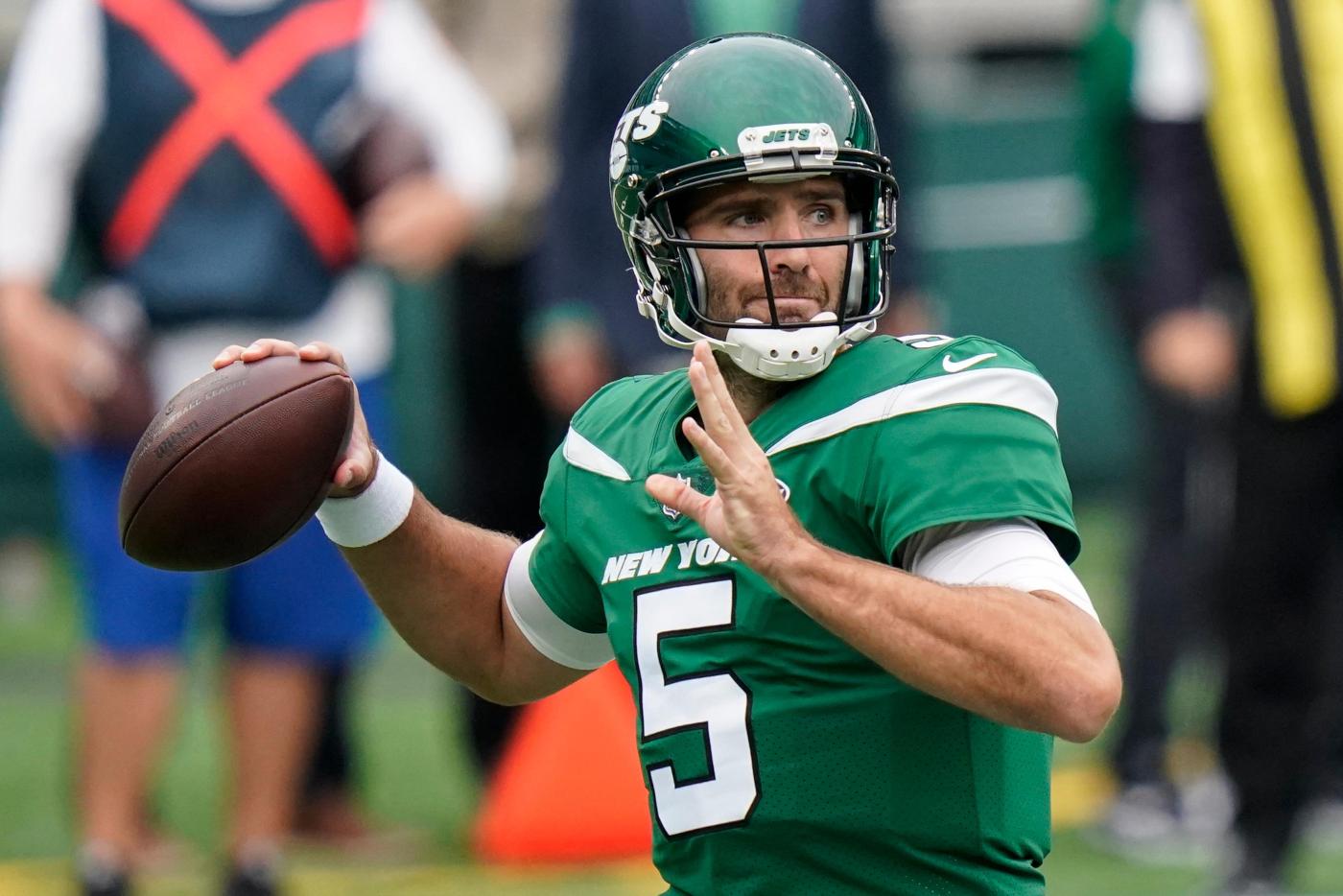 NEW YORK — Joe Flacco will get his second straight start at quarterback for the New York Jets in place of the injured Sam Darnold.

Coach Adam Gase confirmed Wednesday that the 35-year-old Flacco would be under center Sunday at Miami against the Dolphins. That comes after Darnold missed last week’s game against Arizona with a sprained AC joint in his right shoulder.

Gase said Darnold, who was injured in the Jets’ 37-28 loss to Denver on Oct. 1, would not practice Wednesday. Darnold left the game against the Broncos for a few plays but returned and finished the game. He has not practiced since, though, and it’s uncertain when he will return.

“I think he’s better than what he was last week,” Gase said of Darnold. “The more time we give him, the better he’ll feel. He’s just taking the steps we need him to take to give us an opportunity into next week. We’ll be able to make that decision when we get there.

“I think he’s doing a good job of communicating and letting us know how he feels, where it’s not (just) what I want to hear but he’s being honest as far as his pain tolerance, his range of motion, how he feels.”

Gase said Darnold has been able to work on his throwing motion a bit the past few days.

“That’s a real big positive,” Gase said. “I do think he’s a quick healer and there’s no doubt any of us would ever say he’s anything but tough. We just want to make sure that he’s good before we put him out there.”

In other injuries, rookie left tackle Mekhi Becton was not expected to practice with a shoulder injury that sidelined him against the Cardinals.

“We’ll just kind of see how the week goes,” Gase said. “If there’s an opportunity there … I mean, he’s going through his rehab and we’re just taking this one day at a time.”

Gase also said left guard Alex Lewis (shoulder) would not practice Wednesday, but should be limited Thursday and Friday and be ready to play Sunday.