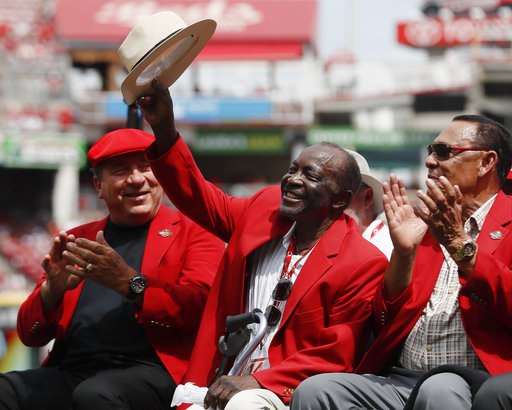 Hall of Famer Joe Morgan, one of the greatest second baseman in baseball history and a sparkplug for the Cincinnati Reds’ Big Red Machine, has died. He was 77.

Morgan, who was overlooked growing up in Oakland because of his small stature, grew from a 5-foot-5, 140-pound high school star at Castlemont into one of baseball’s giants on the diamond.

He led the Reds to back-to-back World Series championships in 1975 and ’76 while also being named the National League’s Most Valuable Player. Morgan was inducted into baseball’s Hall of Fame in 1990.

Morgan, a 10-time All-Star, played for both the Giants and the A’s during his 22-year career.

After his career, Morgan became a familiar face on baseball broadcasts across the country as an analyst for both NBC and ESPN, where he teamed for years with Giants announcer and fellow East Bay product Jon Miller.

Check back for more on this breaking story.