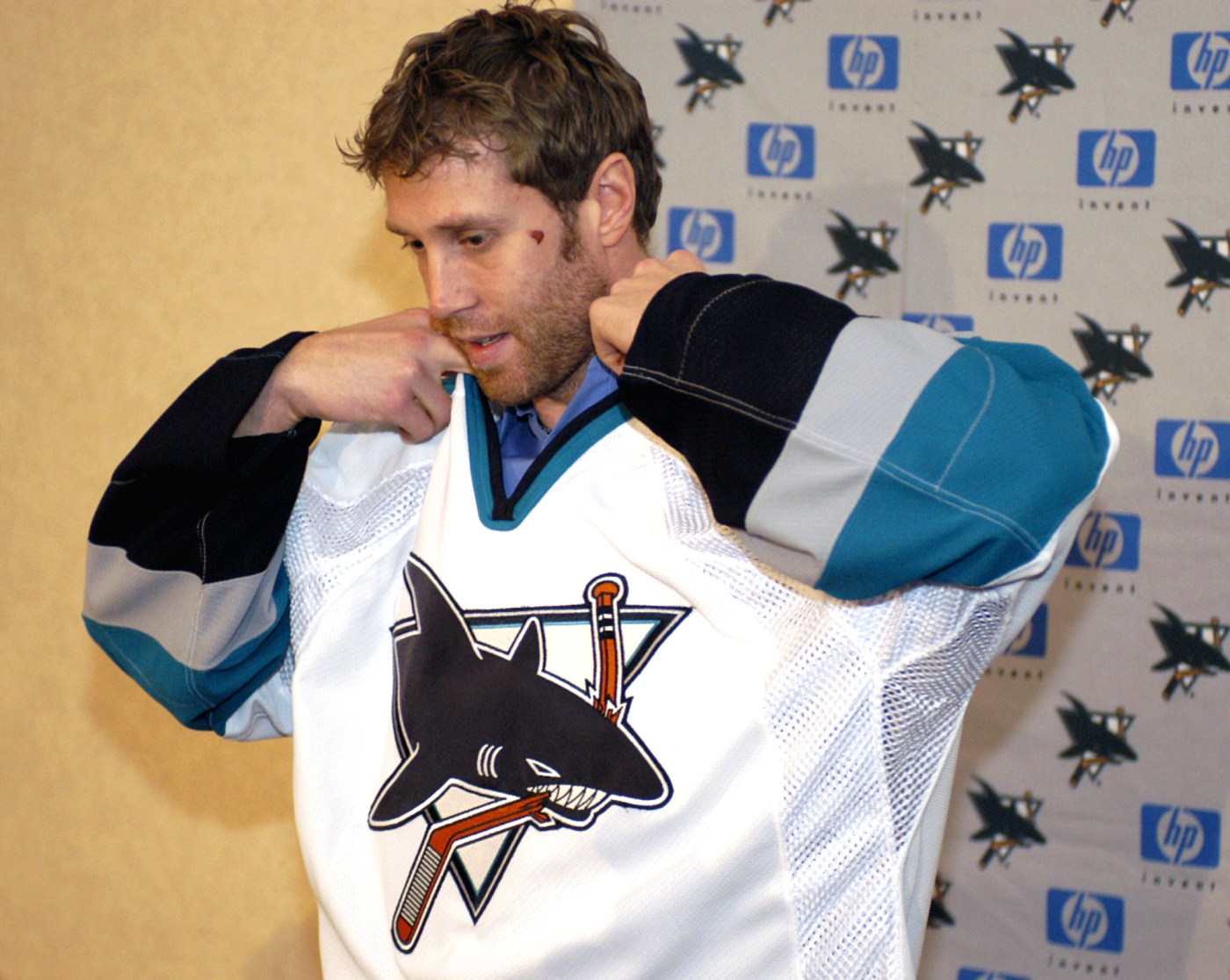 The Joe Thornton era with the San Jose Sharks officially ended Friday when he signed with the Toronto Maple Leafs.

Here are Thornton’s top 10 moments with the San Jose Sharks.

1. Thornton acquired by Sharks in a franchise-changing move: Doug Wilson makes the biggest splash of his still-young tenure as the Sharks general manager, acquiring Thornton on Nov. 30, 2005 from the Boston Bruins for Marco Sturm, Wayne Primeau and Brad Stuart. The move immediately turns the Sharks’ season around and lays the groundwork for a decade of playoff appearances and capacity crowds at what is now SAP Center.

2. Thornton wins the Hart Trophy: Thornton goes on a tear after he is acquired by the Sharks, collecting 92 points in 58 games. He finishes the season with 125 points to win the Art Ross Trophy as the league’s leading point-getter, and edges Jaromir Jagr to win the Hart Trophy as the NHL’s most valuable player. He is the first NHL player to win a Hart Trophy and a scoring title after playing for two different teams in the same season in 2005-06.

3. Thornton, Sharks advance to first Stanley Cup Final: The Sharks beat the St. Louis Blues on May 25, 2016 to capture the Western Conference final four-games-to-two and advance to the Cup final. Thornton had a renaissance season in 2015-16, finishing with 82 points in 82 games, his highest total since 2009-10 when he had 89 points. In the six-game series with the Blues, Thornton finishes with seven assists, including three in a pivotal 6-3 win in Game 5.

5. Thornton’s miraculous return: Just 12 days after he tears the ACL and MCL in his left knee, Thornton returned to the Sharks lineup for Game 3 of their first-round series against the Edmonton Oilers. Thornton plays the final four games of the series, which the Sharks lose in six games, remarkably finishing with two assists and averaging over 18 minutes per game.

6. Thornton reaches millennium milestone: Thornton becomes just the 13th player in NHL history to record 1,000 career assists when he had the helper on a Joe Pavelski goal on March 6, 2017. Thornton now has 1,088 assists, seventh-most in NHL history.

7. Thornton’s three-goal night: Joe Thornton records a hat trick for the Sharks in what became a 6-5 overtime loss to the Bruins on Feb.18, 2019. After his third goal at the 13:32 mark of the third period, Thornton celebrates wildly, then lets out a primal scream as he sits on the bench. It had been an arduous two seasons for Thornton, who had suffered torn ACL and MCL injuries in 2017 and 2018.