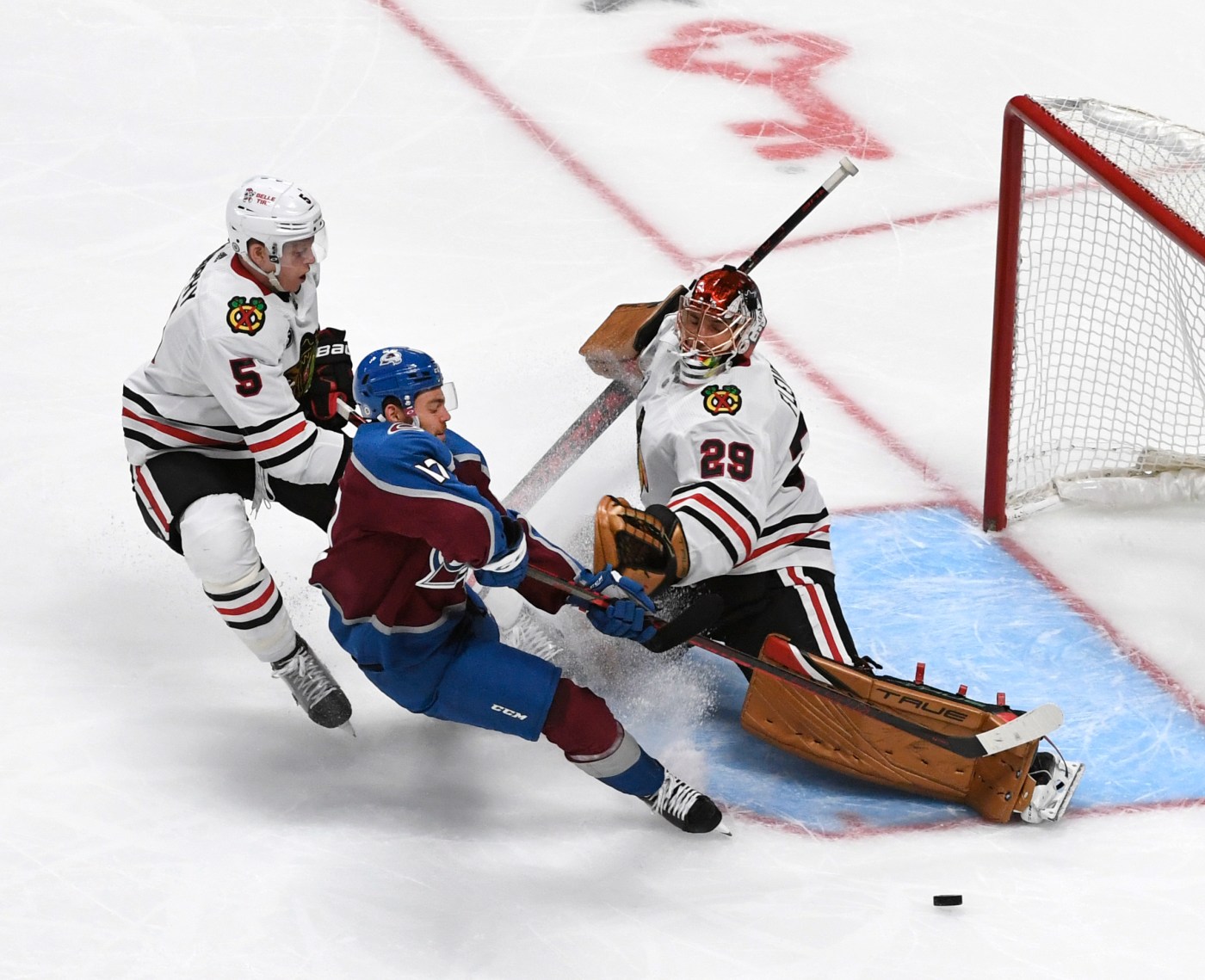 Did you see The Flower wilt?

Four months too late, but whatever. Ten minutes into the season opener, there was Marc-Andre Fleury, shaking his head, spanked by a 20-year-old, trailing 3-0 at Ball Arena and looking for the reset button on the PlayStation.

Man, did that feel gooooood.

“Obviously, it’s something you dream about for a long time,” Byram said with a grin late Wednesday night after firing the third goal, his first in an Avs sweater, during a 4-2 win over Chicago in the season opener. “And (it’s) also nice to get it out of the way. Get the pressure off.”

The pressure on the Avs to settle old scores, meanwhile, has only just begun. Wednesday made for a nice start, though, as the hosts put three early past Fleury, who was making his Blackhawks regular-season debut after years of bedeviling the Avalanche as a member of the Vegas Golden Knights.

“It’s always special to beat him,” new Avs goalie Darcy Kuemper said of his counterpart in the other crease.

Byram later added an assist on a Nazem Kadri tap-in, finishing with a plus-2 in just 17:23 on the ice. Cale Makar stuff.

Even the old guys were impressed. Avs defenseman Jack Johnson, a greybeard who’d landed a 1-year contract just this past Sunday, was in the rotation for the opener as cover for the injured Devon Toews.

Byram, meanwhile, is just … young. According to the gang at TSN, at 20 years and 122 days old, the Avs’ defenseman became the third youngest defenseman in Colorado/Nordiques history to produce a game-winning goal.

“I was thrilled for him,” Johnson said of Byram. “Whenever I see a guy score his first goal in the NHL, it’s something you remember for the rest of your life.”

As in black and blue.

Whenever the Blackhawks wanted to dance, the Avs were game. Logan O’Connor got chippy toward the end of the first period. With 3:34 left in the third, captain Gabe Landeskog plowed a kneeling Kirby Dach into the boards, a questionable barge at game speed that looked even worse on replay. All heck broke loose, with Mikko Rantanen and Blackhawks defender Calvin de Haan adding spice to the undercard.

“I think it was a fun game,” Byram said. “And we did a pretty good job out there.”

Super Joe Sakic knows a tiger shark when he sees one. A half-dozen Avs are 24 or younger. Maybe Johnson is the sort of random, out-of-left-field veteran signing that helps to push the kids through the marathons to come.

“I mean it’s the NHL, it’s a hard league to play in,” Byram continued. “I think I did a decent job last year, but this year, I …read more