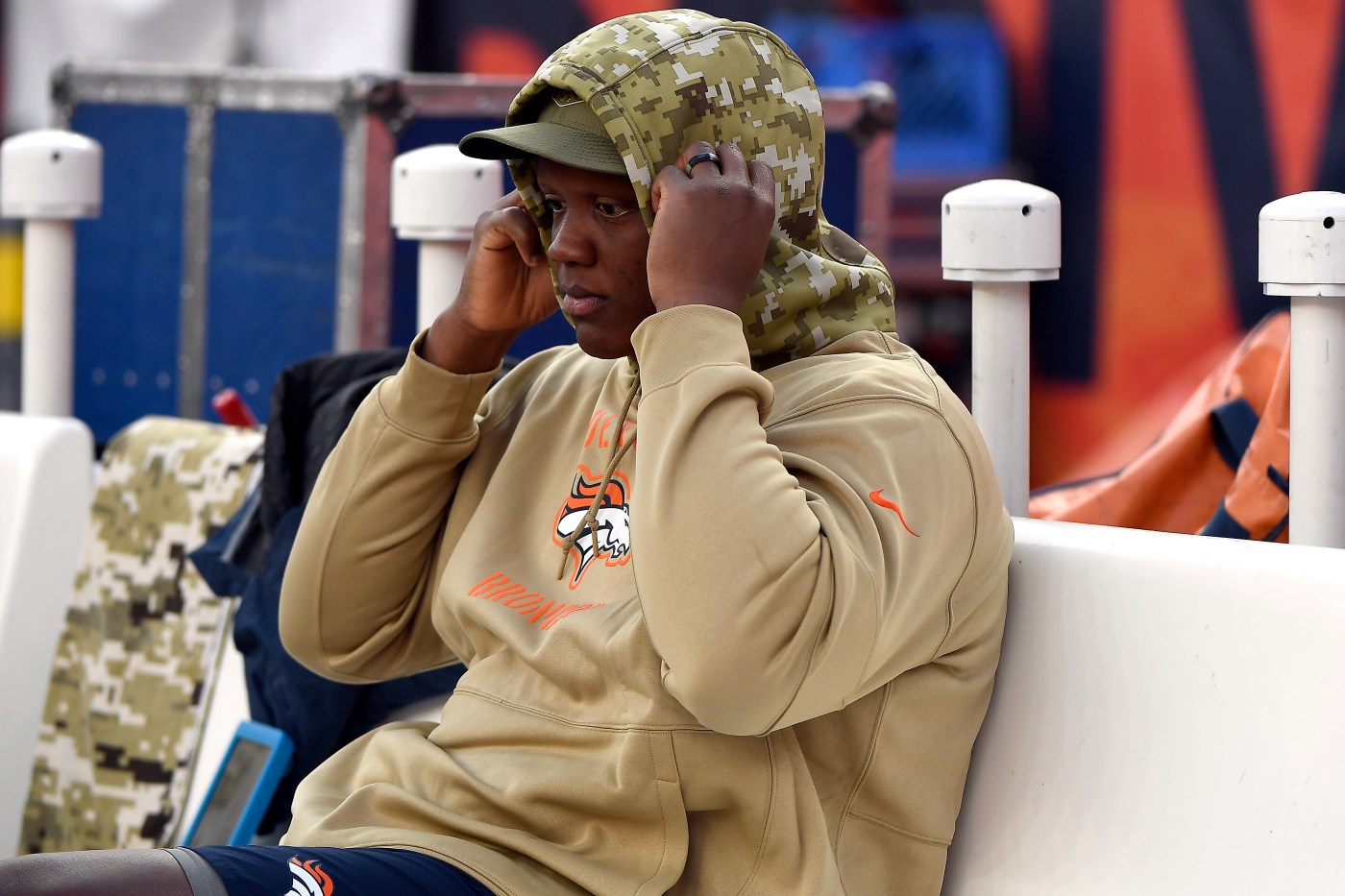 Pour a cold one, Ian Desmond, wherever you are. The crummiest free-agent signing in Denver over the last five years no longer wears No. 20 in Rockies purple. (Or used to.)

Your thunder and a city’s shame.

After Tuesday, the biggest bummer belongs to big No. 70 in Broncos blue. And it gets worse by the day.

Former Broncos general manager John Elway signed James for $51 million — $32 million of it guaranteed — in March 2019 to stop the franchise’s revolving door at right tackle. Instead, that door sped up. James has appeared in three games in two seasons. He was banged up in 2019. He opted out of 2020 because of COVID-19.

On Tuesday afternoon, word got out that James had wrecked his Achilles tendon, likely ending his 2021 season in May, during an off-site workout. James was training off-site at the behest of the NFLPA and the union’s protest of voluntary workouts at team facilities.

Because it took place away from Dove Valley, the injury could reportedly cost James up to $13 million — on top of the close to $10 million he forfeited last year by opting out.

The Broncos just completed a second straight NFL draft — 10 picks, mind you — in which they declined to select a single offensive tackle. A franchise that’s had 20 picks to play with since April 2020 has opted to spend none of those lottery tickets in order to shore up one of the most important positions on the offensive depth chart.

Yes, it was a top-heavy tackle class in 2021, without a lot of sexy depth. But that doesn’t excuse GM George Paton electing to shop in the collegiate free-agent aisle and hope for the best. Or trusting that Elway left everything kosher along the edges. Offensive line coach Mike Munchak got Garett Bolles pointed in the right direction, but the man can’t turn water into wine.

“We targeted a few that were taken right before we took them,” Paton told reporters this past Saturday when the topic of the Broncos’ offensive tackle options, or lack thereof, was broached. “But it didn’t fall our way. We still feel good about our depth.”

Broncos Mailbag: If Aaron Rodgers is traded to Denver, would talent around him be Super Bowl-quality?