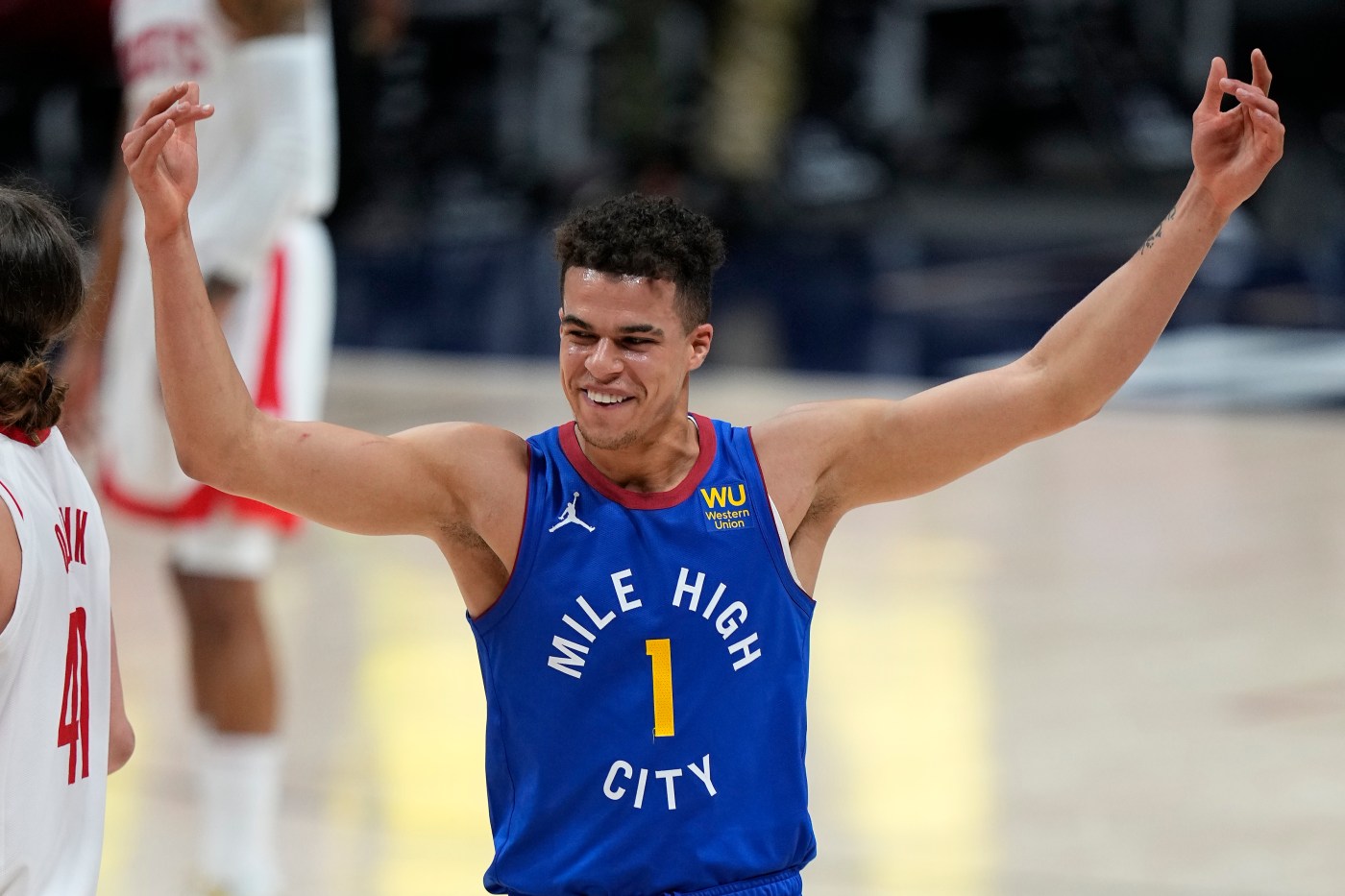 It’s funny, isn’t it? How no one makes excuses for MPJ, the Nuggets’ young forward, anymore. How he’s become everything half this town thinks Lock can be at quarterback for the Broncos … but isn’t. Or hasn’t been.

Denver needed Porter to step up. Badly. Immediately. So he did. Period. No divided camps here. No caveats. No yeah-buts.

From April 12, the night Murray tore an ACL, through Monday morning, MPJ had scored 25.6 points per night. He dropped fewer than 21 points just once over that span.

The Nuggets, left for dead three weeks ago by the coastal windbags who’d prefer them to just go the heck away already, went 9-1. On Saturday night, Joker and The Miracles leapfrogged the Clippers for the No. 3 slot in the NBA’s ruthless Western Conference playoff bracket.

In MPJ’s second season (he sat out all of 2018-19 recovering from back surgery), no one calls the talk shows to groan about how the young man needs more time. Or better protection. Or more coaching continuity. Or about how much he’s suffered from the injuries to other dudes that were out of his control.

When the basketball gods and coach Michael Malone dared Porter to get better, to raise his game to meet the circumstances, MPJ didn’t dance. He didn’t boogie. He didn’t press. He didn’t panic.

“The area I think Michael has really grown in is, and maybe it’s helped now because he knows without Jamal, without Will (Barton III), the ball is going to find him.” Malone noted after MPJ’s 31-point performance against Memphis late last month. “He’s not rushing shots. He’s not forcing shots like how he was doing earlier this season. He’s passing. He’s cutting. If he doesn’t have the shot, he’s going to hit Nikola (Jokic) and cut and get easy baskets that way as well.”

He’s learning. He’s growing. He’s blossoming. In the last 10 games, MPJ has been credited with a defensive rating better than league average — roughly 112 points allowed per 100 opponent possessions — on six different occasions, or 60% of his appearances. In his previous 44 contests, Porter had posted that level of defensive rating just 18 times, or once every two-and-a-half games.

“I got scored on a couple times in the beginning of the game and I kind of took it personally,” MPJ told reporters after a sluggish start against Toronto last week. “(I said), ‘Nah they’re not about to go at me.’ It’s something that I’m starting to take pride in. Night-in, night-out, I’m capable of playing defense like that. …read more

Marvel Studios & Disney+ | SUPER BOWL 2021 | Promo
Matt Haarms officially says he won’t return to BYU: ‘It’s time to move on into the next chapter of my life’
SHARES
ShareTweet