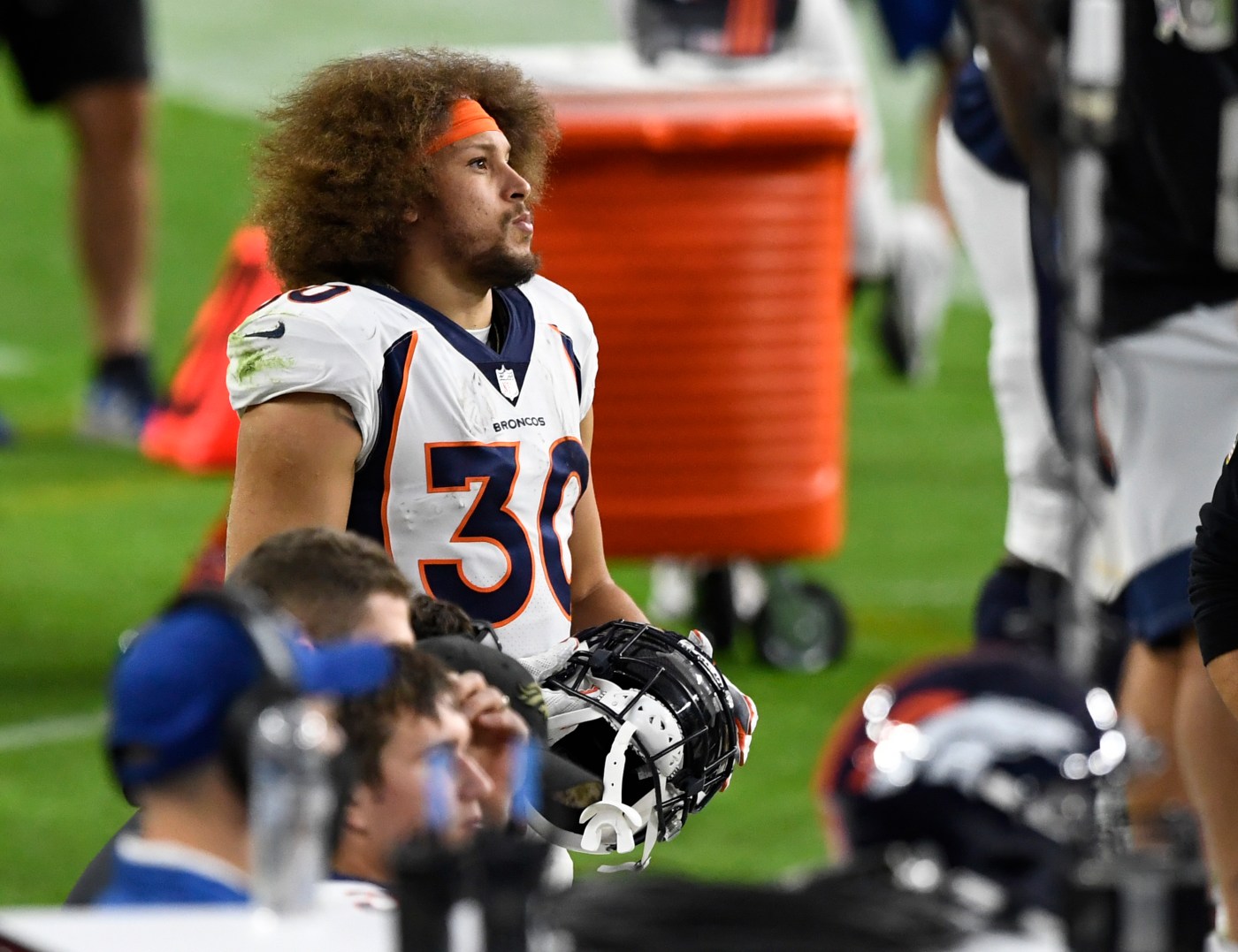 Through 10 weeks, most of them long, the Broncos have watched one offensive play go for more than 48 yards. One.

The runner who made that play happen just touched the ball four times, on the road, in a rivalry game. Four.

It’s funny, isn’t it? How Shurmur, the Broncos’ offensive coordinator, says nice things about Lindsay, son of the Front Range, a former CU Buff and a Pro Bowl tailback.

Because Shurmur’s play calls? His decisions in the heat of battle? His actions? They say something else entirely.

Something along the lines of: Kid, you can’t catch, you can’t pass block and you’re gonna get my quarterback killed.

It was hinted last spring, when GM John Elway threw $16 million at Melvin Gordon, despite the fact that he was already sitting on the mother of all-time tailback bargains.

It was palpable this past Sunday, during a 37-12 setback in Las Vegas that landed like a cricket bat to the crown jewels.

Keeler: Drew Lock wasn’t supposed to carry the Broncos. The defense was. And it’s let Vic Fangio down, time after time.

Keeler: How Wyoming’s Black 14 and the Mormon Church, once adversaries, became partners to fight hunger

Having told reporters only a few days earlier that the Broncos needed “to get more out of our running game early,” Shurmur ran like jackalope in the opposite direction once the curtain went up.

Denver rushed the ball eight times during its initial 20 offensive plays. And on only six out of 21 plays in the second quarter.

Just like in Atlanta, things went to holy heck in a handbasket soon enough.

But before that, during a nip-and-tuck first half, Lindsay — one of Shurmur’s few home-run threats, the spark that jump-started a dead engine against the Chargers — carried the rock only three times and got targeted once.

Denver South’s finest managed just one more touch after halftime. The Broncos, no coincidence, were outscored 27-6 coming out of the break.

If Lindsay, who’d missed about a …read more