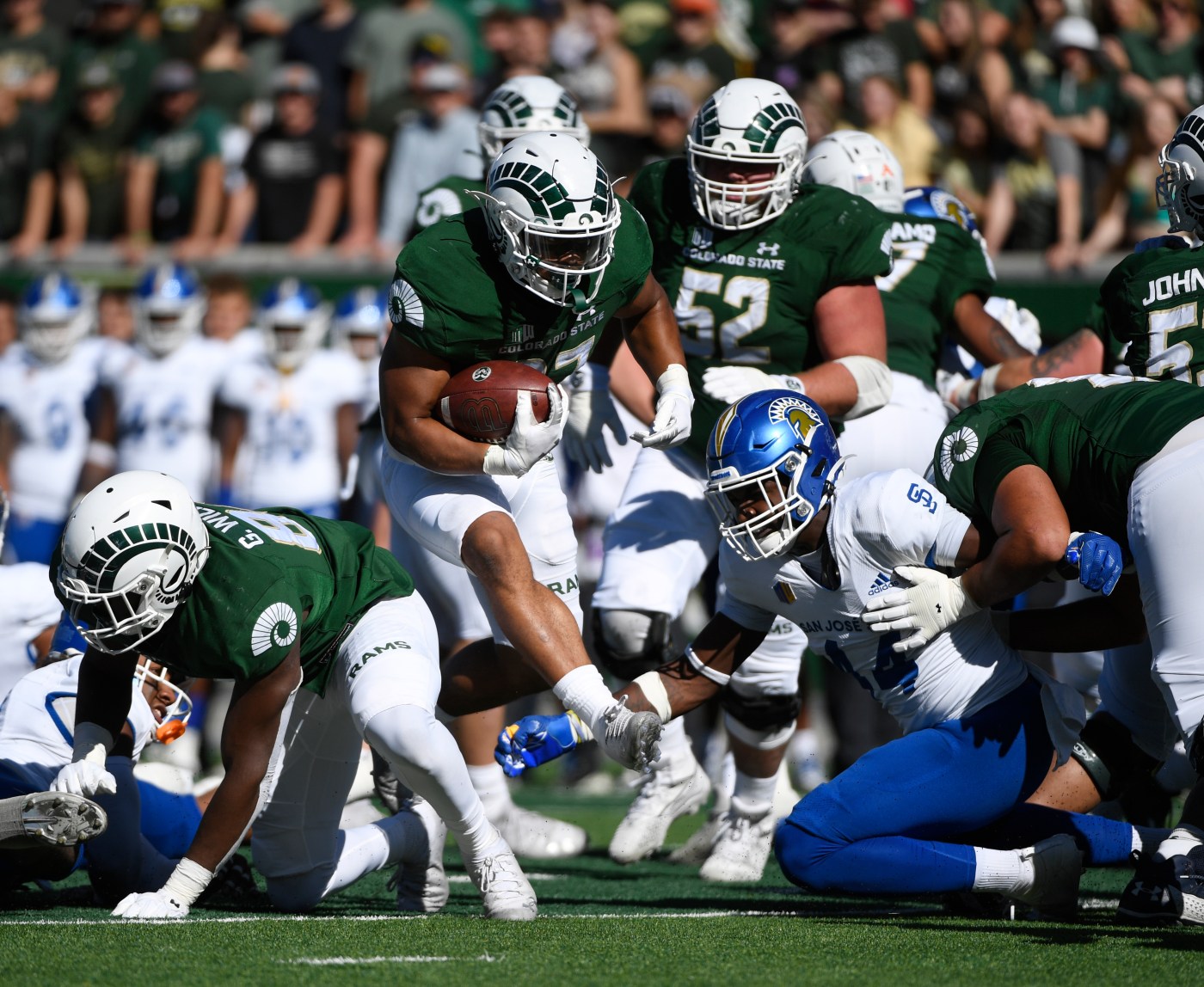 FORT COLLINS — Can you imagine what would happen if CSU played CU in football right now?

Seriously. Line them up in Loveland. Estes Park. Budapest. Wherever. Doesn’t matter.

“This is a team where you see everything (clicking) on all cylinders,” CSU defensive lineman Scott Patchan said after his Rams throttled San Jose State 32-14 on a sunny Homecoming Saturday at Canvas Stadium.

“We feed off that energy, obviously. Momentum is huge in college football.”

Amen, brother. And right now, after a horrid start, Team Daz is riding that momentum back to relevance. CSU has done an almost complete 180 from the motley crew that got de-pantsed by South Dakota State and shamed by (cough) Vanderbilt.

For the better part of the last three weeks, the Rams (2-3) have embodied (and grasped) everything that the Buffs (1-4) have not: Running the ball, swarming, tackling, running the ball, getting their defense off the field, running the ball, an efficient passing game that hits the occasional triple, a minimum of mental mistakes and RUNNING THE BALL.

“Play great defense, (an) ability to run the football, no turnovers, great in special teams, because that’s field-changing, score in the red zone. That’s our plan to win,” offered CSU coach Steve Addazio, who’s now won two of three, with a close loss at No. 3 Iowa sandwiched in between, since Sept. 18. “We just want to keep on this course right now.”

And here’s the refreshing part: Not only did CSU ramble for 217 yards on 53 carries against a Spartans defense that came in allowing just 141.3 on the ground per game. Not only did the Rams pound it when they wanted to pound it.

They managed all that minus three starters on offense: wideout Dante Wright, running back David Bailey and left guard Vincent Picozzi.

Grading the Week: Congratulations, Mountain West Conference, for holding your ground. But your work is just beginning

Keeler: CSU Rams should say “no thanks” when American Athletic Conference calls

No Wright. No Bailey. No Picozzi. And no excuses.

“That’s who we’re supposed to be,” said quarterback Todd Centeio, who completed 19 of 23 throws on the day, which tied him with Moses Moreno (1996) for the fourth-most accurate passing performance (82.6%) in CSU …read more