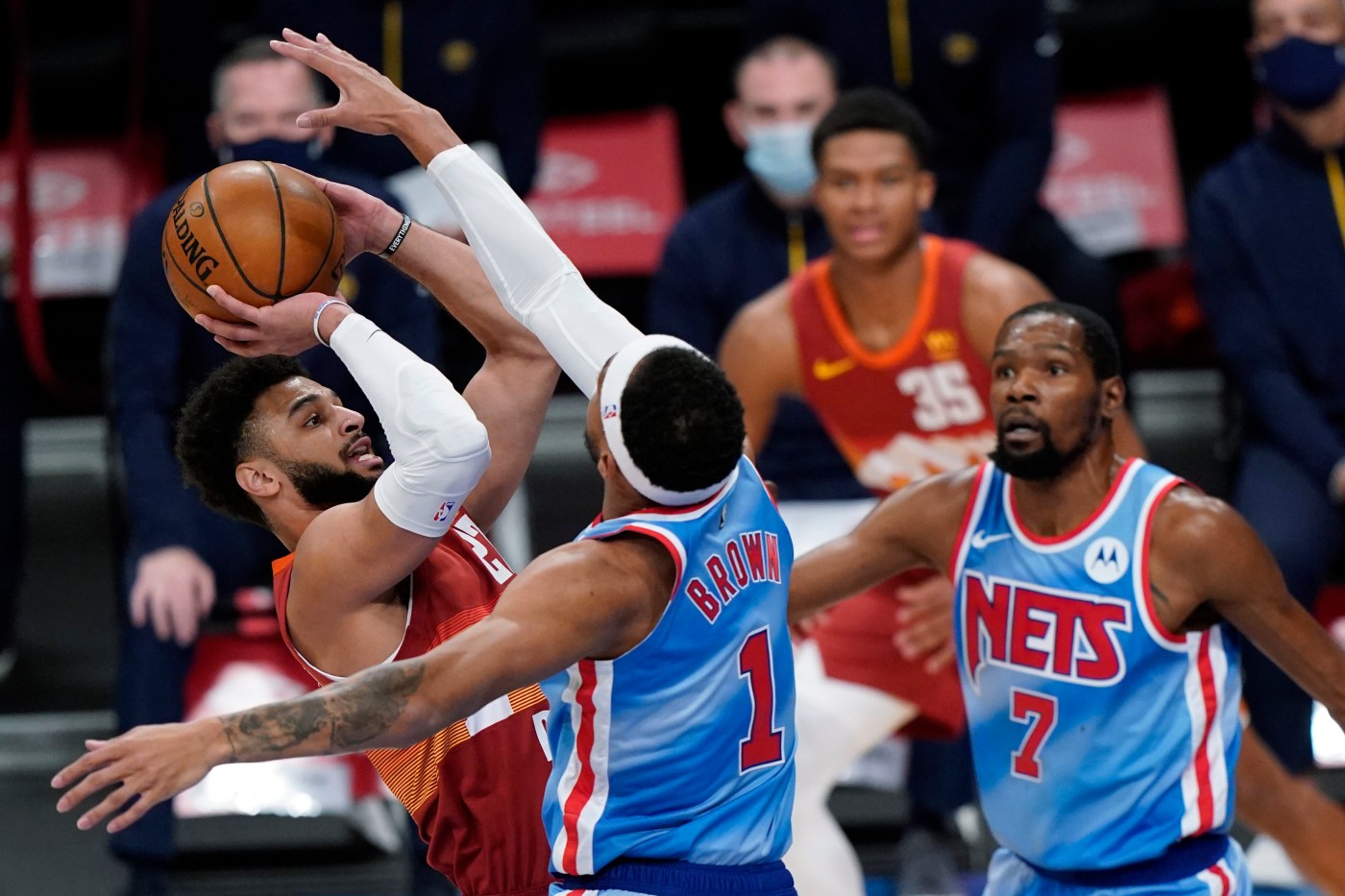 The Nuggets’ extended road trip finally caught up to them on Tuesday night in Brooklyn.

And Kevin Durant held the dagger.

Brooklyn’s devastating three-level scorer led a fourth-quarter surge as the Nets knocked off the Nuggets, 122-116, at Barclay’s Center. The loss dropped the Nuggets to 5-6 on the year and ruined their chance at their first three-game winning streak of the season.

Durant, whose demoralizing 3-pointer with :27 seconds left gave the Nets a seven-point lead, finished with 34 points and 13 assists. His star was evident even without sidekick Kyrie Irving, who missed the game due to personal reasons.

The loss wasted Nikola Jokic’s incredible night, which featured a career-high seven steals. Jokic poured in 23 points, dished 11 assists and snagged eight rebounds, but his support wasn’t there. A quiet night from Jamal Murray meant Will Barton played second fiddle. Barton scored nine of his 22 in the fourth quarter, but couldn’t do anything to slow Durant.

Through 10 games, the Nuggets haven’t proven trustworthy with any lead. On Tuesday, they held a 79-61 advantage early in the third quarter. Durant and sharpshooter Joe Harris shredded that cushion from the 3-point line. Together, coupled with Denver’s stale offense, the Nets reeled off a 29-4 run that stunned the Nuggets’ starters.

It wasn’t until the bench unit returned, directed on offense by Monte Morris and on defense by Isaiah Hartenstein, that the Nuggets restored some order. Morris’ improbable 3-pointer at the buzzer tied it at 90 heading into the fourth.

Gary Harris’ defensive tenacity was sorely missed as the Nets rained in jumpers. Harris missed the game for personal reasons and nothing COVID-related, according to a league source.

How to watch UFC 257: Conor McGregor returns to the octagon for a PPV match on ESPN+ this Saturday

In his absence, rookie Bol Bol got his first-ever start. And rather than play like a wide-eyed rookie, especially against Durant, Bol had several convincing moments, including a 3-pointer and a back-to-the-basket post-up.

In the wake of numerous postponements and dozens of players entering the NBA’s health and safety protocols, the league announced on Tuesday several modifications that should reinforce the rules. Though no stoppage seemed imminent, the refined tweaks included wearing masks at all times, limiting postgame interactions between players and restricting non-team guests at road hotels.

“It’s not surprising that the NBA and NBPA came out with that today. We are in the middle of obviously a lot of games being postponed, players being out due to COVID protocols,” Nuggets coach Michael Malone said. “Before we go ahead and stop the season or pause the season, let’s see if we can try to be a little bit more disciplined and get greater commitment to those protocols because none of us want to see the season stopped.”

Due to the protocols, Malone wasn’t allowed to see his parents on the current road trip.

“Does it (stink)? No doubt,” he said. “But is it what’s best for the group and the league? Yes it is. I think everybody’s gotta be committed to that and stop thinking about themselves and think about the collective good of their teams and the entire NBA.”