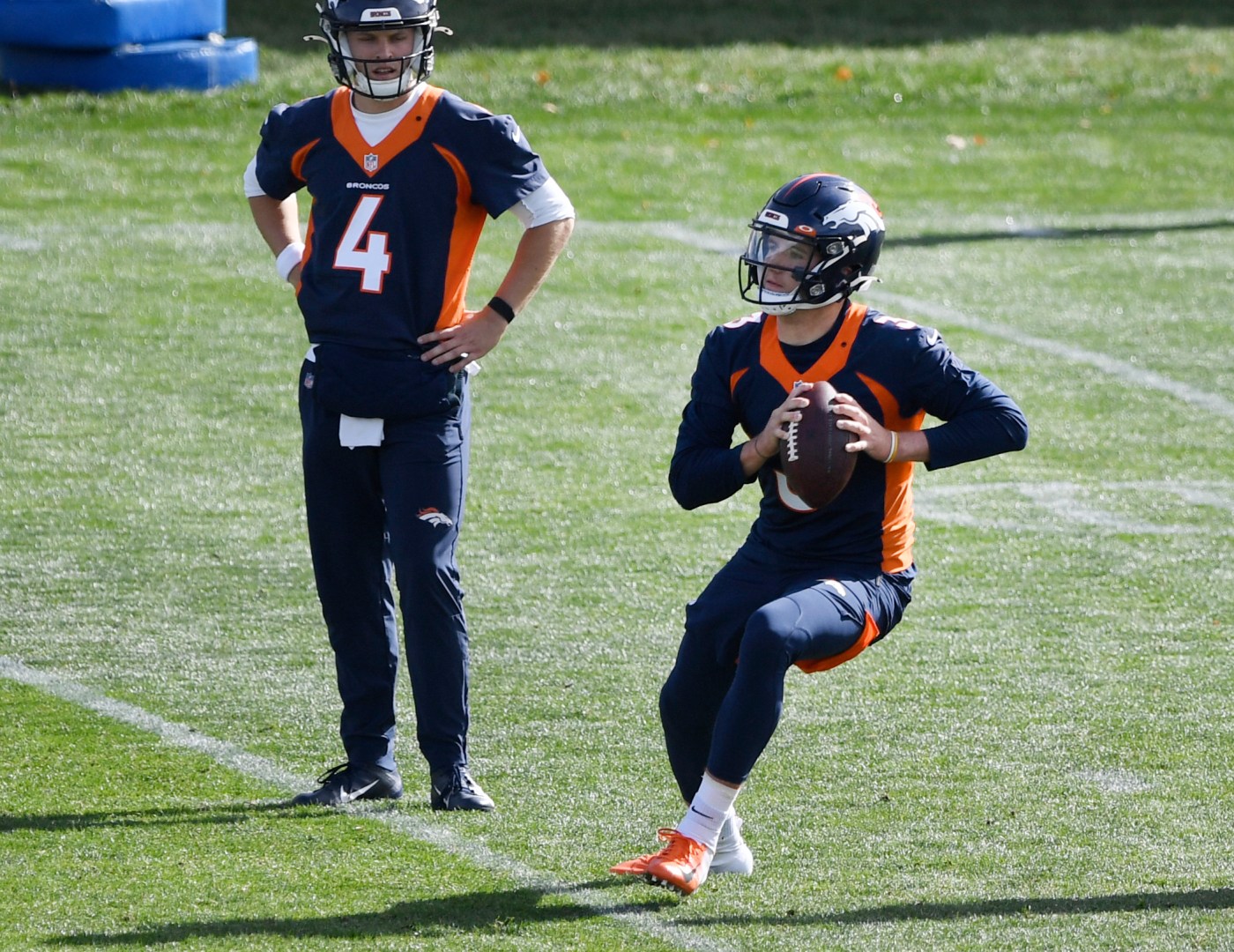 Before leaving on a jet plane Saturday from a state on fire, the Broncos joined the Patriots in a craze sweeping the NFL. From Colorado to Massachusetts, everybody in the league is playing whack-a-mole with the coronavirus.

“We are getting good at it. Every time it happens, we get better,” Broncos coach Vic Fangio said Friday, drawing a smiley face on a tough situation. “Every time you get a rep with something, you get better.”

Practice makes perfect, but nobody can fully prepare for this virus’ next mean trick.

On Saturday morning, Fangio and the Broncos departed for an already twice-delayed game in New England without running backs coach Curtis Modkiins, who tested positive for COVID-19. A pandemic that has killed more than 200,000 Americans forced the Patriots to skip practice again Friday. The team has placed guard Shaq Mason, running back Sony Michel, center James Ferentz and defensive end Derek Rivers on the COVID reserve list.

While I’m intrigued to see how young quarterback Drew Lock fares in his expected return from a shoulder injury, the truth is this game should be recorded as a victory for both the Broncos and Patriots if playing football doesn’t turn out to be a super-spreader event.

Yes, every precaution will be taken to keep the Broncos and Patriots safe. But every week, as the weather grows colder and new cases spike nationwide, the NFL’s game of whack-a-mole grows dicier.

Make the playoffs? I just hope Denver and New England can stay one step ahead of the COVID storm.

That commissioner Roger Goodell has threatened teams with forfeiture of games if they fail to adhere to health protocols is a joke. His fingerprints are on every positive COVID test in the league. Pushing this football season through a pandemic placed a higher priority on money than safety. And that makes the NFL no better or worse than the grocery worker or bus driver that takes health risks every day of 2020 in order to pay the bills.

As smoke from the raging Cameron Peak fire puts an ugly smudge on blue Colorado skies, I guess we’re lucky to have football as a distraction. But no matter how many touchdowns running back Phillip Lindsay scores against New England, there’s no running from the fact COVID is now a real and present danger to both the health of players and the orderly completion of this NFL season.

You and I understand all too well the casualties of COVID extend far beyond the tears for loved ones killed to the jobs lost and wedding plans scrapped. These real-world challenges are not lost on NFL players and coaches, especially Fangio, whose grown daughter had a bout with the virus while working as a nurse at a military hospital.

“I know a lot of people have had their lives interrupted in a very negative way, whether it be through the illness itself, losing their job, taking a pay cut, which I know some of …read more