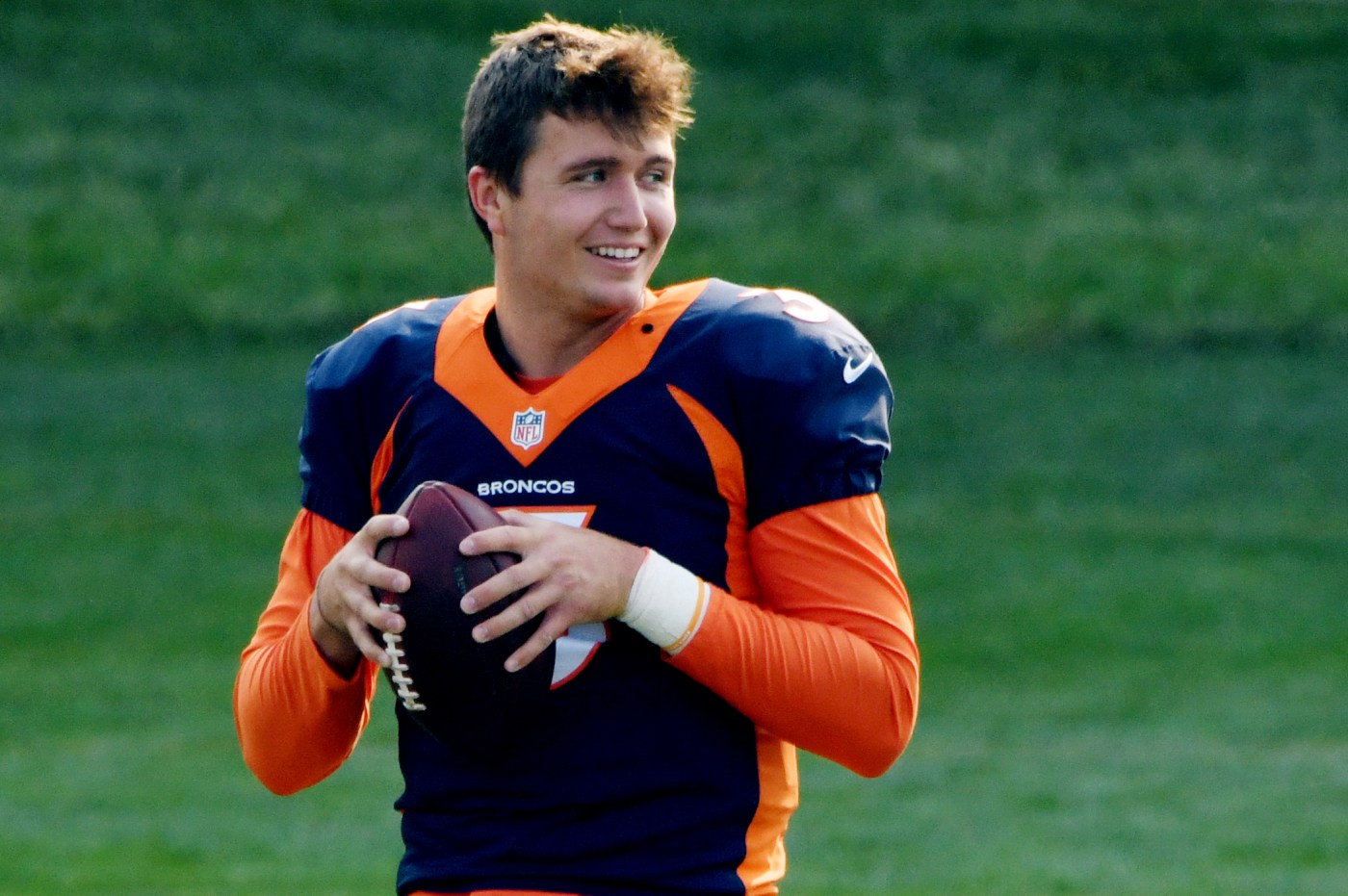 Drew Lock vs. Cam Newton is no contest.

If Lock can’t beat a washed-up, over-the-hill, broken-down former MVP that nobody in the NFL except Bill Belichick was willing to give a chance, maybe Lock isn’t the quarterback Denver should count on to lead the Broncos back to championship contention.

There was so much crying in Broncos Country about how postponement of this game at New England was going to give Newton a chance to play, the tears threatened to turn the official colors of Denver’s uniform into orange and boo-hoo.

That’s why it was refreshing to hear Broncos guard Dalton Risner declare he wants to beat New England at full strength, with Newton and star cornerback Stephon Gilmore both in uniform Sunday.

“You know what, I would rather go into Foxborough and beat Cam Newton and Gilmore on the Patriots, than go in there and not beat Newton and Gilmore. And then come home and have the Patriots say, ‘Well, what if we had all of our players?’ Because we’re a great football team, I know that,” Risner said.

Newton, who has passed for 714 yards and run for 149 as the Patriots starter, seems obsessed to prove the league gave up on him too early.

After Carolina was unable to find a taker in a trade for Newton, the Panthers dumped him eight days after the free-agent market opened in March, and a week after Broncos front-office honcho John Elway gave Jeff Driskel a two-year, $5 million contract with $2.5 million guaranteed to serve as Lock’s backup.

Newton, disrespected and dismissed as damaged goods, was forced to wait until July, when the Patriots finally offered him a $550,000 guarantee and a long list of incentives to prove he was better than journeyman Brian Hoyer.

In three starts with the Patriots, Newton has won twice. Since entering the league in 2016, Driskel’s record as a starter is 1-8.

But let’s give Elway credit he richly deserves. As the 42nd overall selection in the 2019 draft, Lock already appears to be a much wiser choice than either Daniel Jones or Dwayne Haskins, two first-round picks in the same draft class who are on the verge of being ruined by playing for the New York Giants and Washington, both horrendous teams.

Let’s also not get carried away with the notion Lock is a worthy heir to Peyton Manning. Although the sample size for all QBs drafted in 2019 is painfully small, and especially inconclusive in the case of Lock, who has been injured twice, the slim statistical evidence suggests he’s no more a foundational player than Gardner Minshew, who was selected in the sixth round by Jacksonville and is generally considered a place-holder for the Jaguars until they find somebody better.

While the final dozen regular-season games on Denver’s schedule might determine the future of coach Vic Fangio, the wins and losses are not nearly as important as how Lock responds to the challenge presented by Belichick’s keen defensive mind and all other adversities a young quarterback is certain to face.