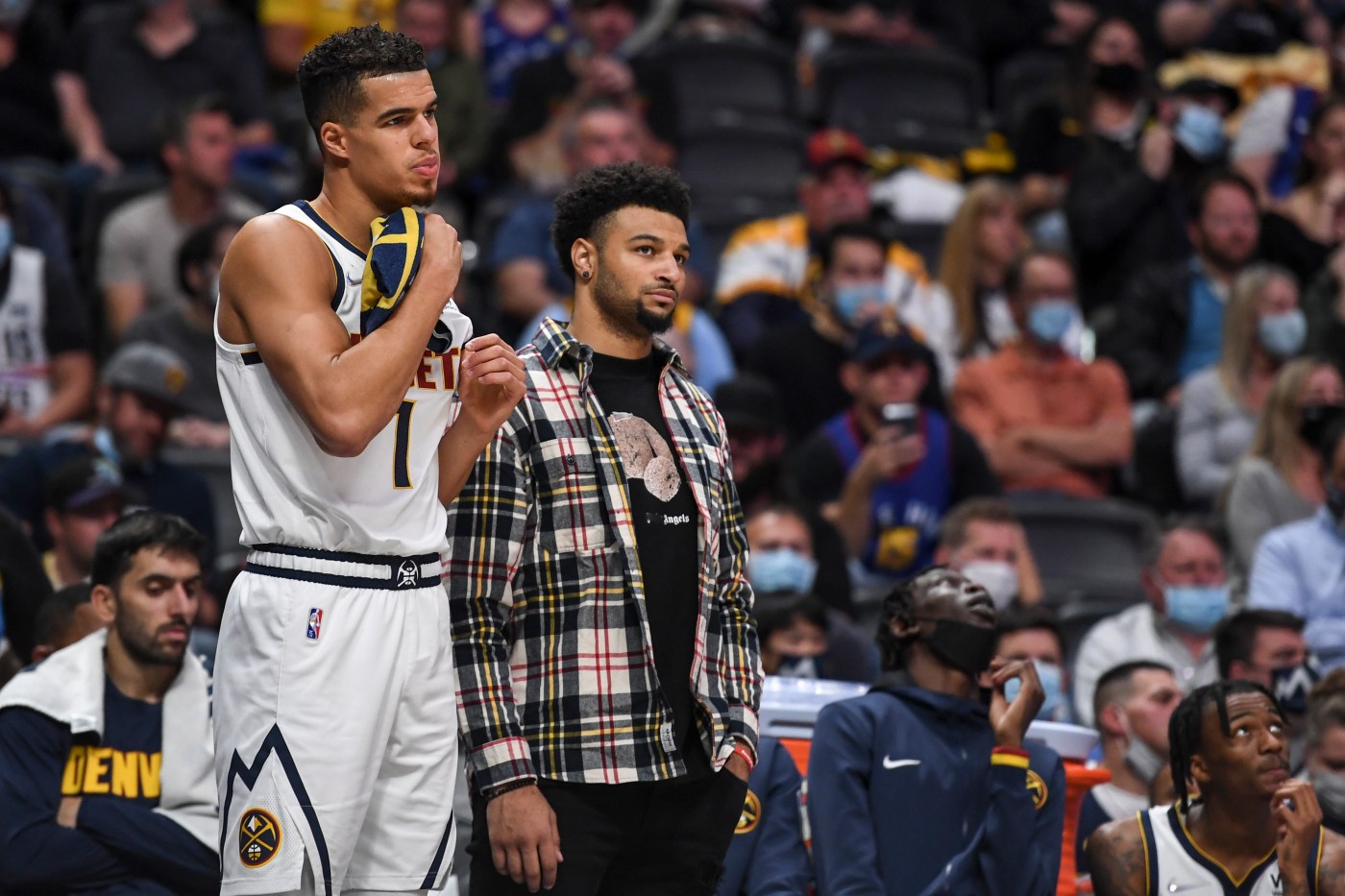 Before spectators began filling seats in Ball Arena and 45 minutes ahead of TNT going live with its national telecast, two rays of hope could be found in this Nuggets winter of discontent, when a team with championship aspirations has been beset by devastating injuries, shaken by COVID protocols and frustrated by big blown leads.

Fewer than 50 feet apart on this Thursday night, guard Jamal Murray and forward Michael Porter Jr. went through private workouts, firing mid-range jump shots at opposite ends of the court, at one point ripping the nets by swishing 19 of 20 shots in a row.

Although Denver approaches the halfway point of a messed-up, crazy NBA season struggling to stay above .500 despite center Nikola Jokic’s best MVP efforts, brighter days could be ahead for this team, just in time for the playoffs.

With Murray still rehabilitating from an ACL injury and MPJ coming off back surgery in December, there are no guarantees. But anyone who watched them work up a sweat on this dead of winter night has reason for optimism.

Do not be surprised if Murray and Porter get back in uniform to play for the Nuggets by April 1. No fooling.

“I know that our fans all think we should be 40-0. That’s just the nature of it. I get it,” said Nuggets coach Michael Malone, before the Nuggets thrashed Portland 140-108 to improve their record to 21-19.

“But for us to be where we are right now, sixth place in the West, with everything we’ve dealt with? And if you take off any team’s second- and third-best player, in our case Jamal Murray and Michael Porter …”

Malone went on to muse that reserves P.J. Dozier, Markus Howard and Vlatko Cancar have also been sidelined by bad breaks.

It’s enough to drive us all mad, maybe even abandon hope in the garbage and wait until next year.

During these COVID times, we’ve wasted too many months, hiding under the covers and moaning about things getting better someday, instead of going out and seizing this day.

When Jokic, doing nothing less than playing some of the best basketball this league has ever seen, is on your side, the Nuggets have reason to believe they can win on any given night against any team in the league.

Even short-handed, Denver can scratch and claw against the Mavericks, Lakers, Clippers and Timberwolves, claim the fifth seed in the West, then see how much damage Murray and Porter might help the team do in the playoffs.

During a staff meeting in preparation for the Blazers, Malone went around the room and asked: “Which has been harder: The bubble season? Last season? Or this year?”

The honest answer: All of the above.

“They’ve all been really hard, in their own ways,” Malone said. “In the bubble, you were away from your family and friends for 83 days. Last year, there was the shortened offseason right into a very condensed season with all the testing protocols. And then …read more