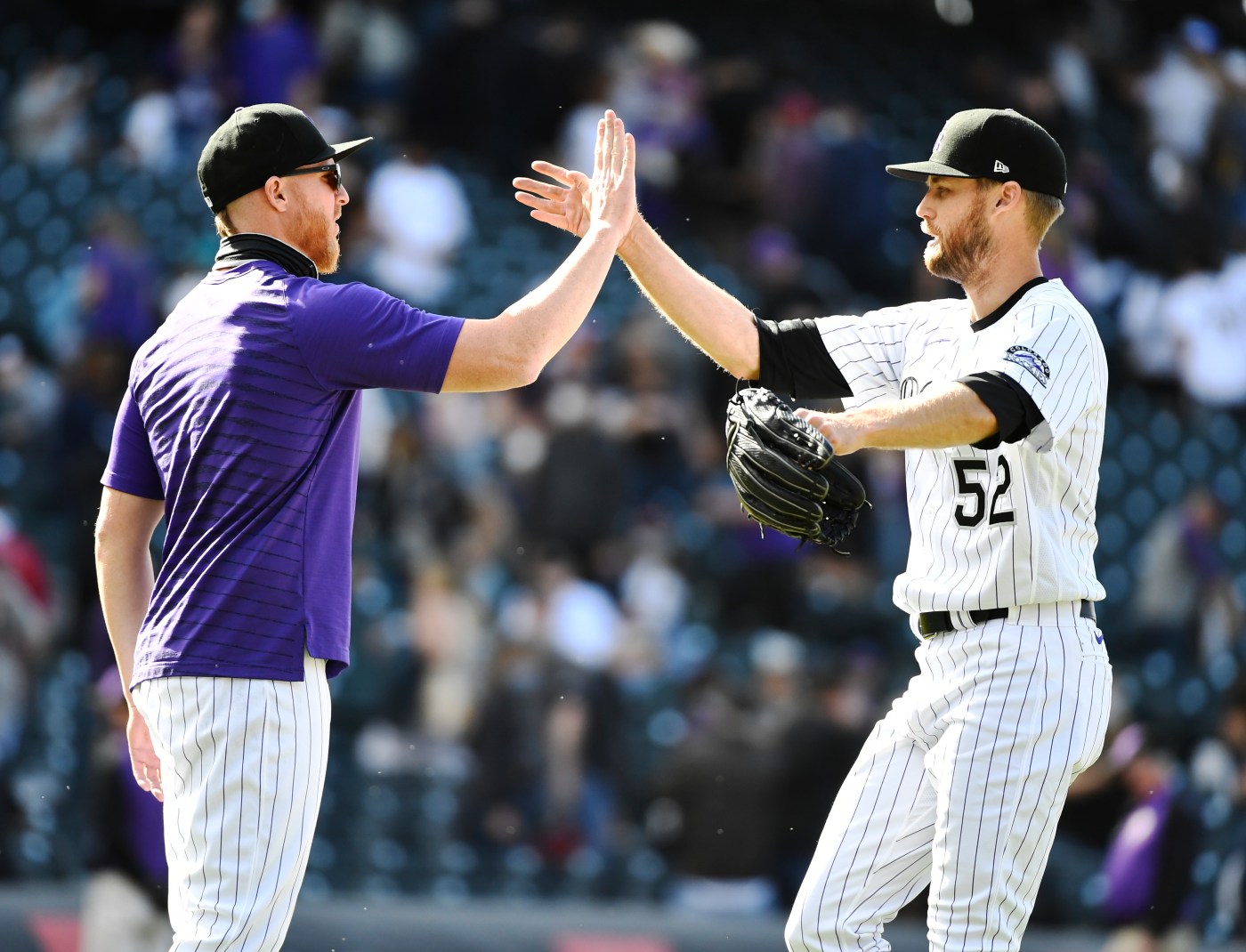 Rockies pitcher Jon Gray flirted with a no-hitter on a spring afternoon so sweet it could make anyone fall head over heels in love with baseball.

But during a warm-and-fuzzy 7-3 romp by the Rockies over Arizona, plenty of good seats were available around franchise owner Dick Monfort, who sat near the home dugout and chomped on a straw while wearing his mask like a chin diaper. The sparse crowd of 10,836  was barely more than 50% of the reduced capacity allowed in Coors Field during these COVID-19 times. Bravo to you for not playing the fool for Monfort.

We’ll save the mask-shaming for another day, when maybe somebody in the mayor’s office could ask Monfort if he feels at all guilty about selling tickets in a ballpark where he acts like covering his mouth and nose during a pandemic is a nuisance only to be endured by commoners like you and me.

A no-hitter is about the last thing anyone expects in the batter-friendly confines at 20th and Blake, least of all by the pitcher on the mound.

“I wasn’t thinking about the no-hitter because I wasn’t really feeling that good today,” said Gray, who didn’t roll out of bed Thursday with anywhere near his best fastball, yet kept Arizona hitters off balance with an array of off-speed pitches, until David Paralta stroked the baseball to the outfield wall for a triple to lead off the seventh inning.

Gray, who has been known to look as anguished on the pitching rubber as a Shakespearean actor in the throes of a Hamlet soliloquy, mowed down the Diamondbacks smartly and efficiently, in no small measure because he didn’t let subpar stuff mess with his head.

How the 2022 football recruiting class is shaping up for BYU, Utah and Utah State

Gray grinned at the epicenter of the party in the Colorado clubhouse after the victory, when teammates feted him as the man of the day, which the team honors with a laughably oversized and intentionally schlocky necklace that features the interlocking “CR” team logo dangling from a purple chain that resembles something Flavor Flav would’ve worn back in the day if he played shortstop instead of rapped.

“It’s like the MVP chain. At the end of the game, we’ll all come in the clubhouse. One guy’s going to be picked for the MVP. We’ll call him out, everybody gets excited, it’s kind of like a little celebration. They come put the chain on and turn the music up. It just gets wild for a little bit,” said Gray, who exited to applause from the Coors patrons with two outs in the seventh inning after allowing one run and two hits, while striking out five.

How long can the fun last for our Bad News Bears of Blake Street?

After taking two out of three games from Arizona, whose batting order is one motley crew, the Rockies depart for their first road trip of the season with a respectable 3-4 record. Playoffs? No way.

But let’s raise a toast to a team that seems determined not to lose 100 games, as …read more