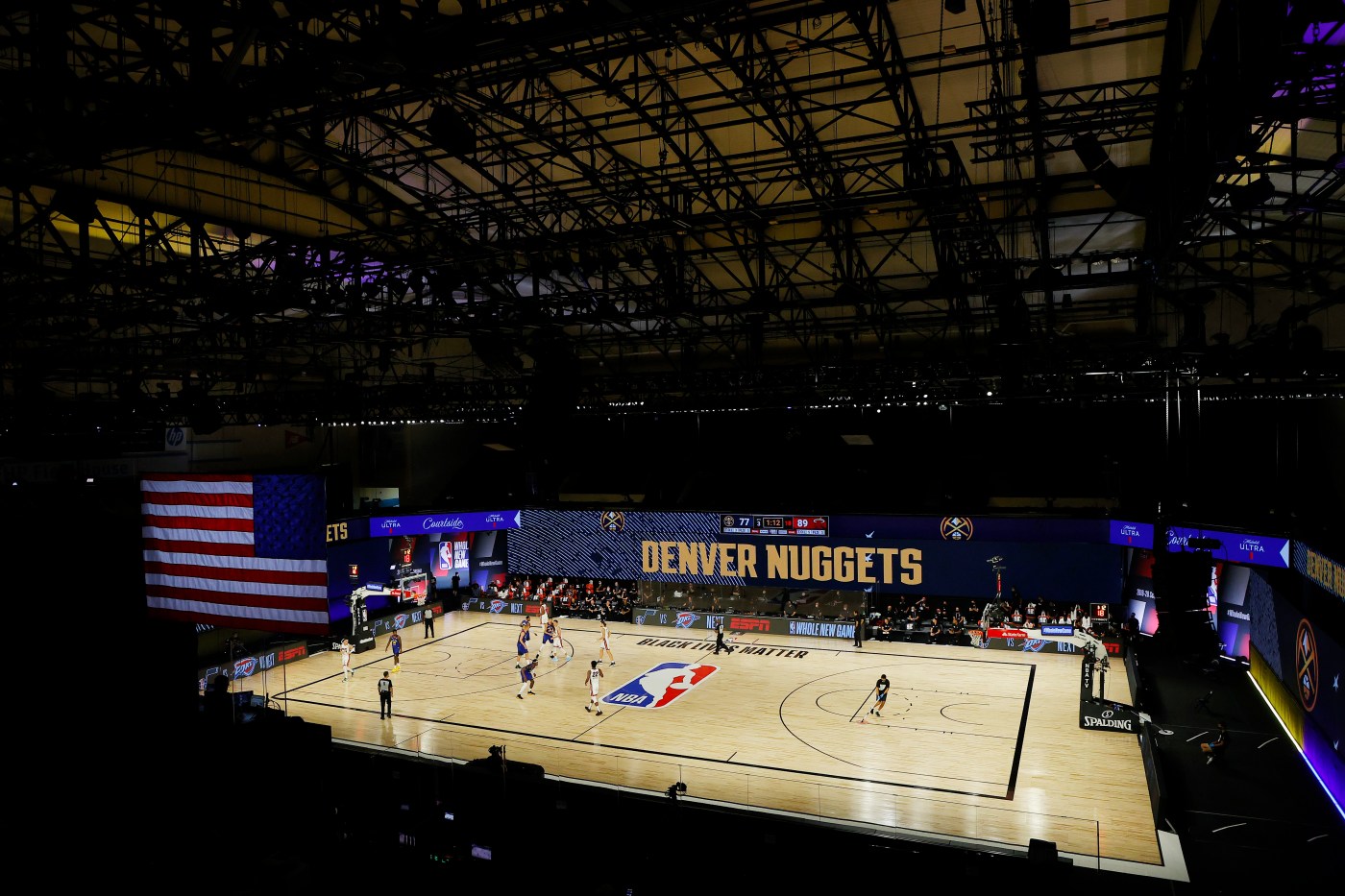 If you find the wayward Denver Nuggets, could you please return them to coach Michael Malone? This team is an unrecognizable mess, so lost star center Nikola Jokic is at a loss for words about how to get back that winning swagger, which fell victim to the pandemic and has yet to recover.

“I always talk about not making excuses, but …” Malone said Saturday, before unloading harsh truths about how the coronavirus could wreck players’ championship dreams.

The Nuggets have been reeling from COVID-19 challenges ever since health concerns hit them hard in Denver late last month and put a team now beset with injuries to three key starters behind the eight ball.

“Our facility was shut down because of the numerous COVID cases that we had within our travel party. So there was no ramp-up to getting on that plane (to the NBA bubble) on July 7,” Malone said. “When we did get on that plane July 7, we were out eight, 10 guys. And so you’re waiting on those guys to get down here slowly but surely. It’s been … not a smooth training camp, because of a lack of bodies. You can’t prepare for that. I can’t control coronavirus. I can’t control the injuries. They are what they are.”

During a dispiriting 125-105 loss to Miami, the Nuggets looked more like Bo Peep’s lost sheep than NBA thoroughbreds primed for a championship run. Injured starters Jamal Murray, Gary Harris and Will Barton were notable and troubling absences. But the woes of a team whose mojo has been hit harder by COVID complications than any league contender go much deeper.

“I saw a lot of guys out there not playing hard. Whether you have guys out from injury or coronavirus, that’s unacceptable,” said Malone, offering a brutally honest assessment of his disjointed squad.

“If you turn the ball over and walk down the floor because you’re feeling sorry for yourself that does not sit well with me. I like guys who play hard. I’m attracted to guys who go out there and no matter what’s going on, find a way to give great effort. We need to find those guys.”

Denver played its first competitive game since March 11 and was neither competitive defensively nor competent handling the basketball during a wretched second half in which Miami outscored the Nuggets by 21 points and toyed with their damaged confidence.

“I’m not really down or tripping about it,” insisted pointed guard Monte Morris, who started in place of Murray, sidelined by an ailing hamstring.

But here’s the thing: Is it safe to take the word of these Nuggets, whose sneakers aren’t sturdy or reliable enough to walk their brash talk?

With the team’s first playoff game in this strange season a little more than two weeks away, the frustration roiling inside Malone was as obvious as the icy glance he gave Michael Porter Jr. when benching the young forward for defensive lapses in the third quarter, when Miami put a 38-22 hurting on Denver.