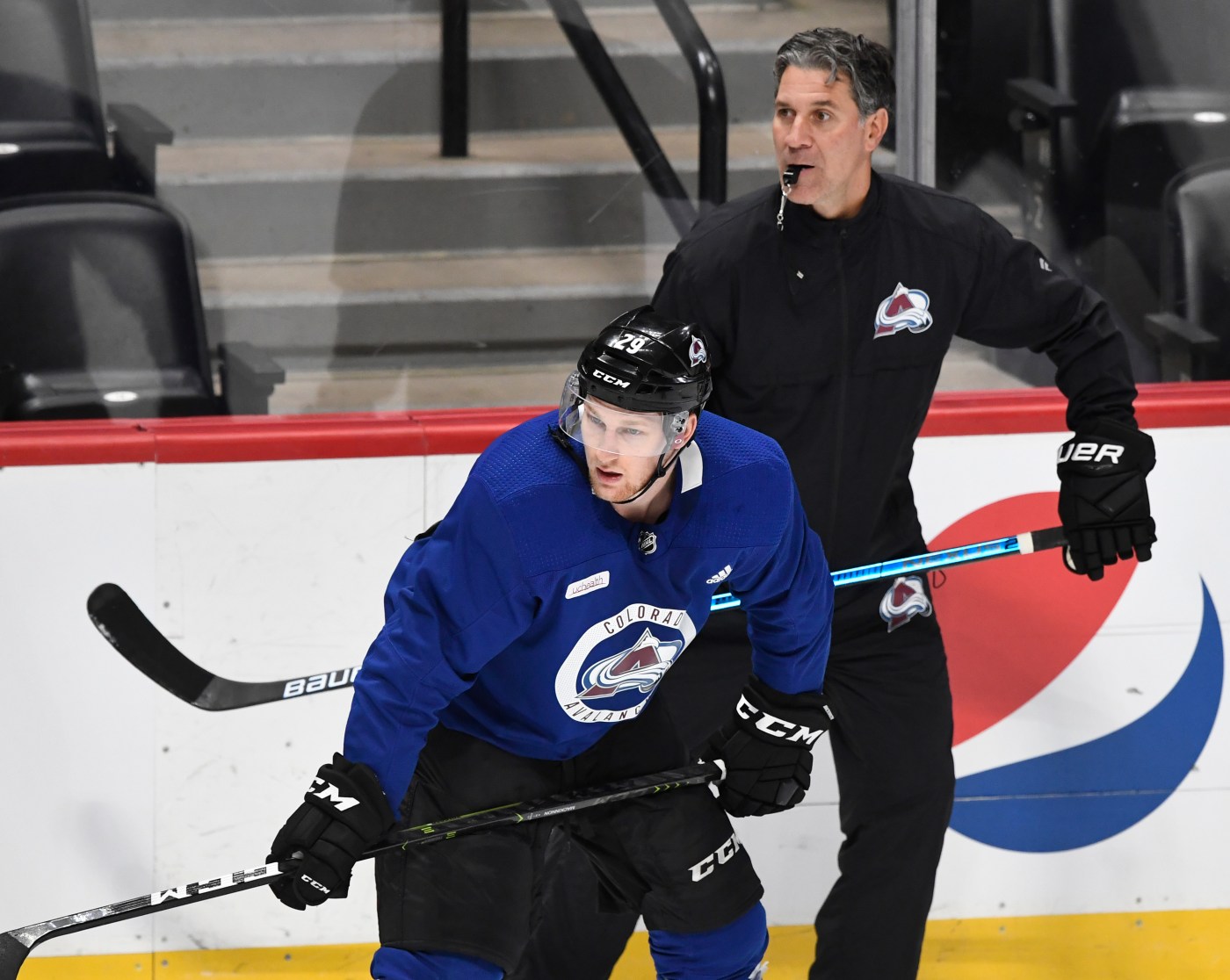 Joe Sakic is not afraid. He embraces the heavy lifting required to raise Lord Stanely’s Cup.

“Our goal is to try to win the Stanley Cup,” Sakic said Tuesday. “We’re one of the favorites, and that’s a good position to be in. It doesn’t guarantee anything. But to be picked as one of the favorites going into the season, it means you’re doing a pretty good job with your roster.”

So let’s drop the puck. It’s time for hockey lovers in Colorado to get fired up.

On opening night against Chicago, however, the Avs will be without the services of center Nathan MacKinnon and coach Jared Bednar. Two essential members in the championship push will be unavailable after testing positive for COVID-19, a stark reminder that even on a team whose vaccination rate is a perfect 100%, the pandemic lurks in the shadows.

“I think everybody’s tired of dealing with (COVID). But it’s here and it’s the world we live in,” said Sakic, who trusts his players and staff to remain vigilant in taking every precaution to protect the Avs against the virus.

“It’s out there. Everybody in every sport is going to have to deal with it. It’s not going away anytime soon.”

The Cup is the hardest trophy to win in team sports anywhere in North America. The championship quest in hockey is a relentless grind, fraught with inevitable adversities, as taxing mentally as it is physically.

Do these slick-skating Avs have what it takes to be more than a beautiful championship tease? The pressure is on Bednar and MacKinnon to prove they have the right stuff to hoist the Cup.

When the playoffs get down and dirty, is Bednar the right coach to find a way for Colorado to advance beyond the second round? For all his flash and dash, can MacKinnon lead and lift his teammates to the next level? Does center Nazem Kadri possess the self-restraint not to get suspended again during the playoffs? Has too much faith been placed in Darcy Kuemper, a 31-year-old goalie who has never started more than 55 regular-season games during his NHL career?

The Avs have been the league’s next big thing for nearly three years. When they got bounced from the playoffs by San Jose in 2019, it was chalked up as a learning experience. When they got eliminated by Dallas in 2020, a rash of bad injuries provided a legitimate excuse. But after blowing a 2-0 series lead last season in the conference semifinals against Vegas, it was fair to wonder if Colorado had enough grit on the ice, leadership in the locker room and acumen on the bench to be a champion.

“You’re up two games to nothing (against Vegas). We didn’t play well for a stretch there. I think the lesson is: You’ve got to deal with adversity a little bit better,” said Sakic, as miffed as anybody in the organization when the Golden Knights closed out the series with four consecutive victories.

“It was disappointing for everybody. You’re going to face adversity in the playoffs. …read more