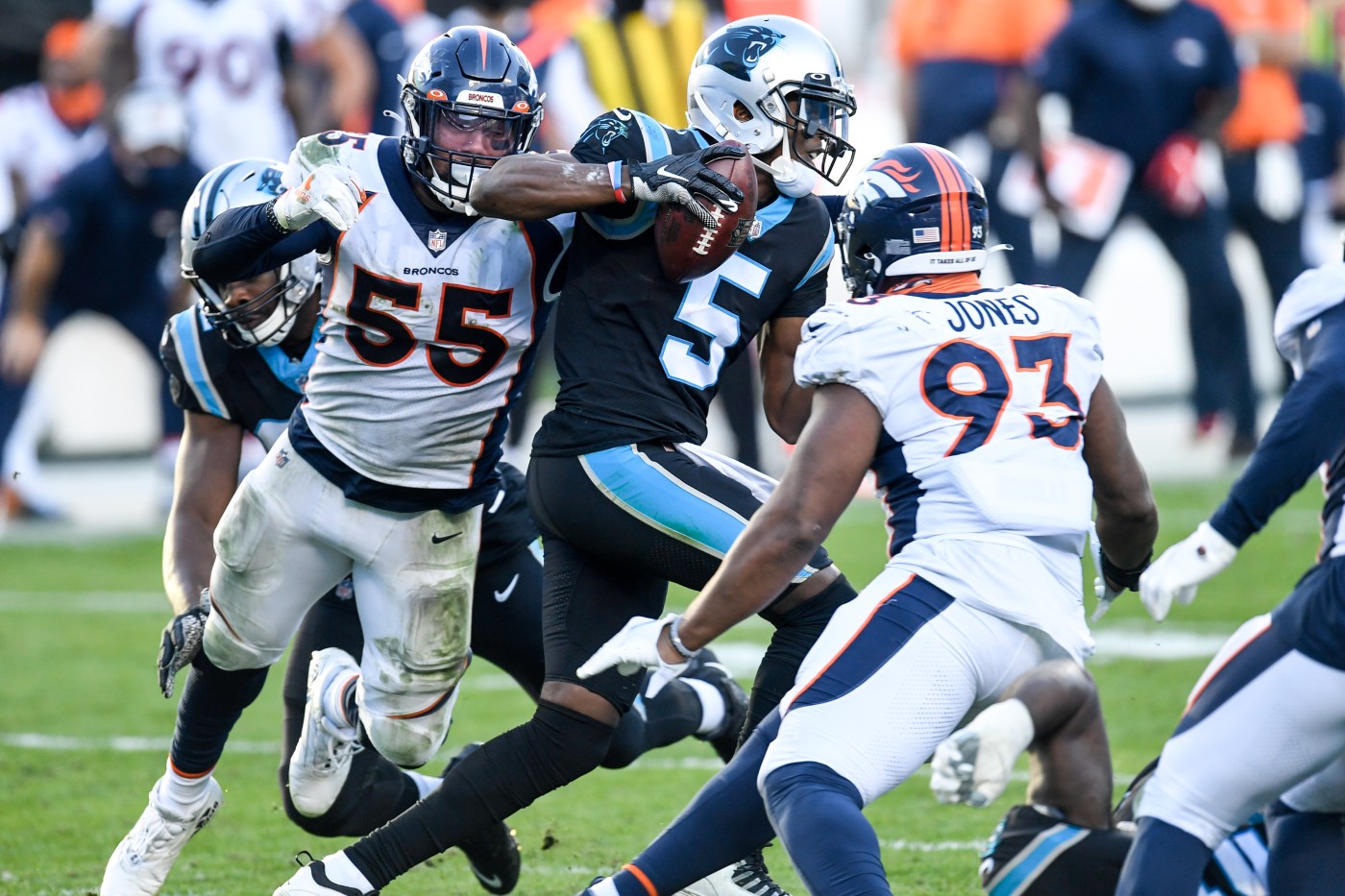 Kiz: We hope the correct answer is Aaron Rodgers. Or wish it could’ve been Justin Fields. Oh, well. In his first NFL draft with the Broncos, new general manager George Paton proved he knows his stuff. I especially liked the picks of running back Javonte Williams and safety Jamar Johnson. But barring a blockbuster trade that moves Rodgers from the frozen tundra to the Mile High City, can the Broncos make the playoffs with either Drew Lock or Teddy Bridgewater as their starting quarterback?

O’Halloran: To answer the big question — I expect Bridgewater to be the Week 1 starter (more on that in a bit). The Rodgers Chatter is fascinating and we can continue to hope No. 12 pulls a Carson Palmer — “I ain’t showing up so just trade me” — and ends up here. The Broncos should make Williams their RB1, Melvin Gordon’s contract be damned. But here’s where the Broncos are at with Teddy/Drew: Everything … and we mean everything … would have to go right for this team, as they’re currently assembled, to threaten for a playoff spot. That’s a big ask in the NFL.

Denver Broncos’ 2021 NFL draft picks: Everything you need to know

Keeler: Vic Fangio, you got the Broncos draft you wanted. Time to go win with it.

Kiz: Let’s face facts: Our Broncos have become boring and mediocre. We cry out for some intrigue at training camp, and nothing can amp the buzz like a quarterback controversy. Coming soon to Dove Valley: The gunslinger vs. the game manager! Lock rolls out of bed with Jeezy blaring and guns blazing. Checkdown Teddy is the quiet neighbor that keeps his yard neat and tidy. Is that fair? Or perhaps an ice cream metaphor is more to your taste. Lock is Rocky Road. Bridgewater is vanilla with a dash of sprinkles. What flavor do you think coach Vic Fangio prefers?

O’Halloran: Vanilla all the way. The Broncos are irrelevant nationally. They would have received a jolt by drafting Fields and they will receive a super-booster shot of momentum if they acquire Rodgers. Vic wants to get off the Broncos Quarterback Rollercoaster — great, bad, decent, awful, etc., from week to week. That sends me to predicting Teddy winning the camp competition … in fact, he will have to be significantly more awful to lose the job. Check this out — in the last five years, 74.1% of the teams that averaged at …read more