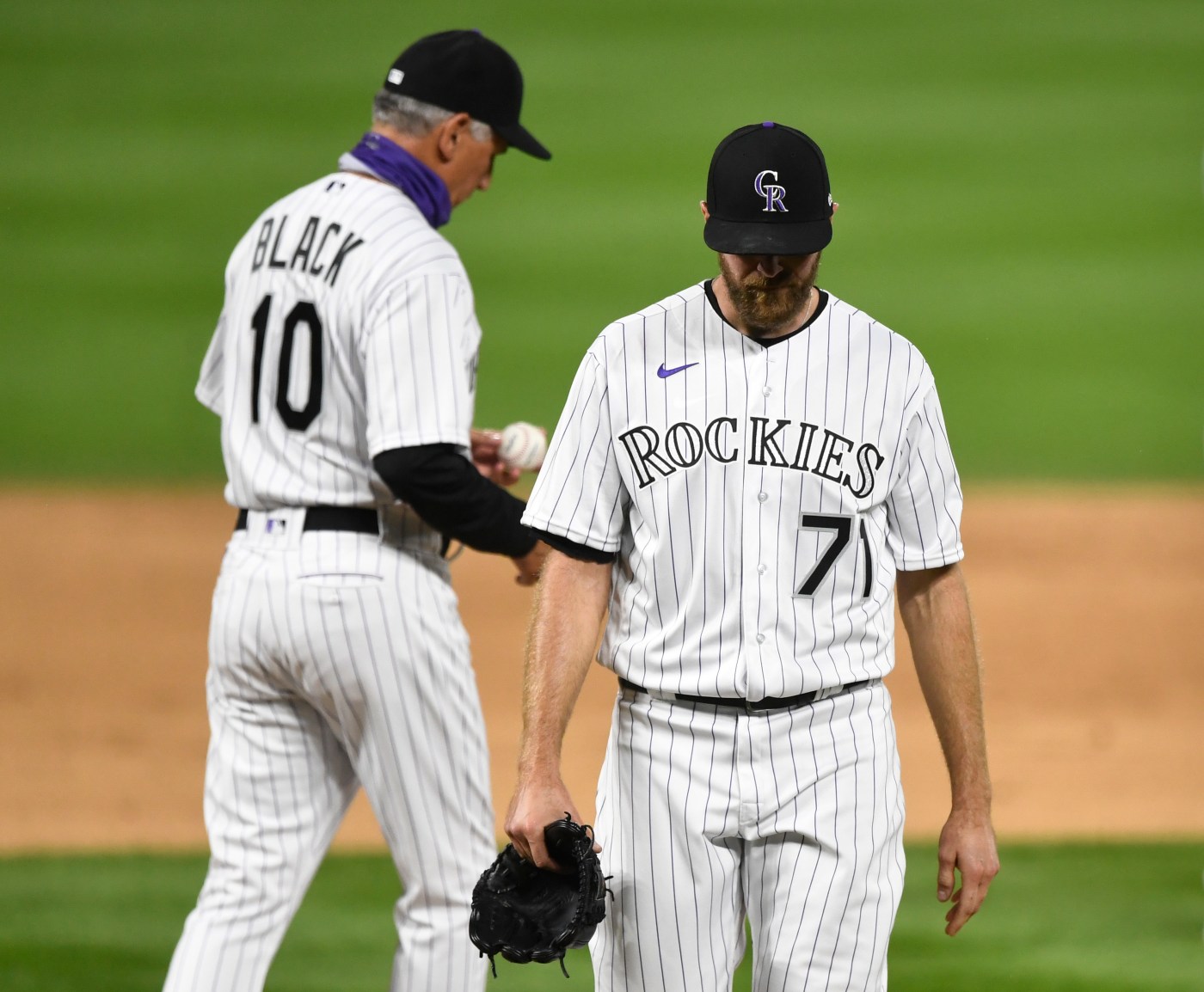 The empty ballpark, no fans allowed due to the pandemic, was so quiet you could hear Wade Davis’ heart break. He’s finished as the Rockies’ closer.

Get well soon, Scott Oberg. This team needs a new closer. For anybody who loves baseball, watching Davis suffer in silence was painful to watch.

“Baseball has always been a part of my DNA. It runs through my bloodstream,” Rich Cowden said. “I dream of hot dogs and $14 beers.”

He’s a 50-year-old Rockies fan who already knows where he wants his ashes buried when his time on Earth is up: Coors Field.

“I miss the fans being there,” Blackmon said prior to the strangest home opener in Rockies’ history. Fitting for a year when a pandemic has turned everything comfortable and familiar into a stress test of the absurd, this game was played on the final day of July, in a ballpark often as awkwardly quiet as an elevator shared by two strangers.

“At the same time, it’s a very intimate game now. I can tell Nolan, ‘Hey, great job!’ when he makes a good play. And he can hear me. That’s really weird to happen,” said Blackmon, who hammered a home run into the ballpark’s empty second deck in the first inning. “In a way, it’s just you and your teammates. You feel like you’re playing for your teammates a lot more.”

Pac-12 player threat to boycott may be noble, but too late to gain traction

With MVP pop in the bat of Trevor Story, whose homer staked Colorado to a 5-4 lead in the seventh inning, the Rockies have a legit chance to make the expanded eight-team National League playoff field, provided they dump Davis as the closer and the virus doesn’t ruin the season.

Barely more than a week into the schedule and the pandemic has already touched six teams and postponed 30 games. Commissioner Rob Manfred knows if the game doesn’t get its health act together, he’s going to have to shut it down.

“That’s a concern of mine,” Blackmon admitted. “I really want to play baseball.”

What a bummer it would be for Colorado manager Bud Black to finally be blessed with a solid starting rotation, only to have it be all for naught because dancing on the outside of a bubble proves too slippery for MLB. How deep would the psychological scars be for Rockies fans who despise Dodger blue if COVID-19 shut down the sport with their Boys from LoDo in the heat of a playoff chase?