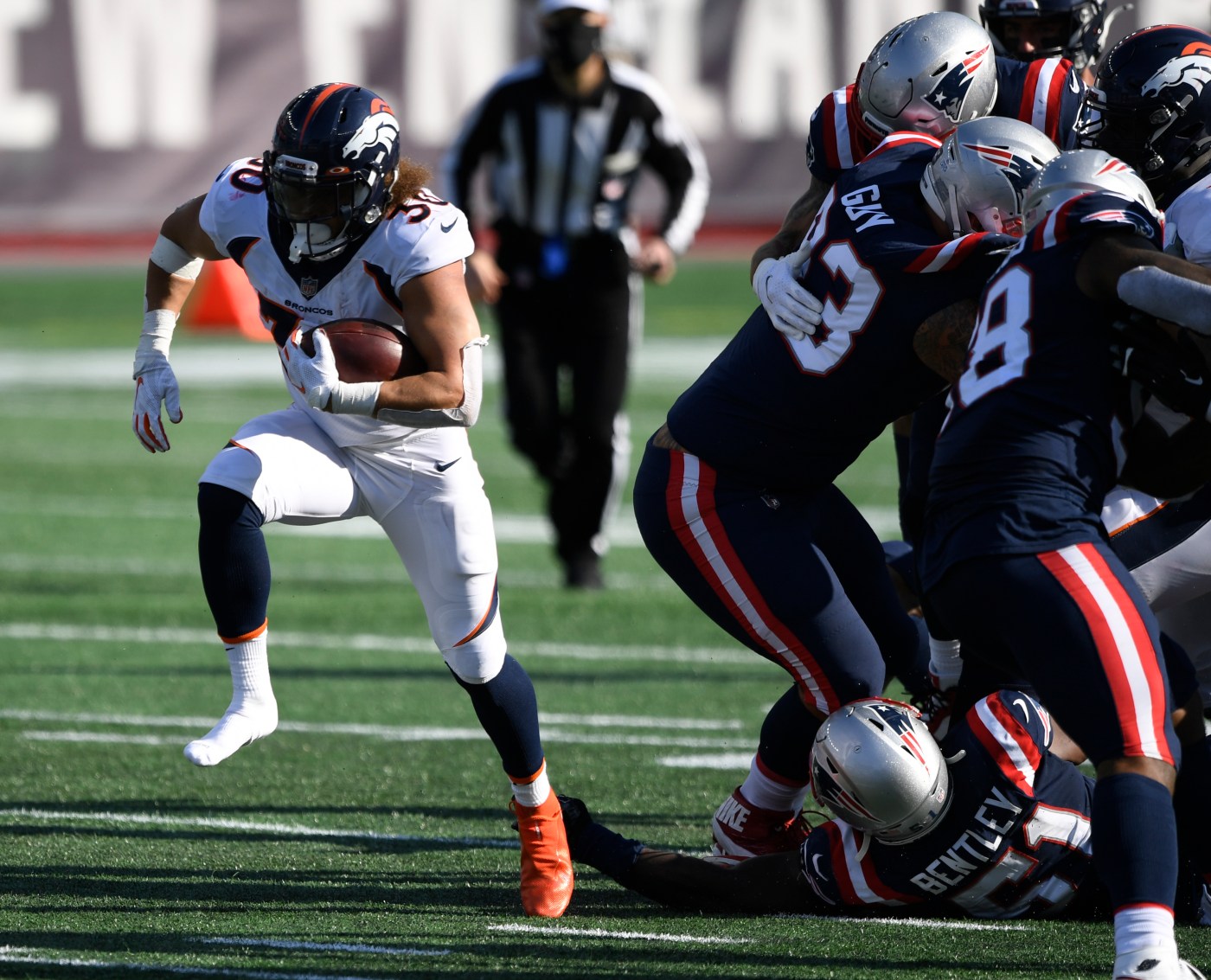 Pound for pound and penny for penny, who in the NFL is tougher than Phillip Lindsay?

If we can all see it, why can’t John Elway?

“I don’t have to prove nothing to nobody anymore. I just have to go out and play football,” Linsday told me Sunday, as the Broncos rolled away from Gillette Stadium with an 18-12 victory against New England.

When Lindsay took the field with his Afro as big and bright as the sun, the Patriots were done. Because when Denver’s favorite son runs like his hair’s on fire, nobody or nothing can stop Lindsay.

He gained 101 yards against the Patriots. Let me tell you, Ben Franklin: When Lindsay rushes for a 100-dollar bill, the Broncos don’t lose. Their record is 6-0 in the half dozen games he has eclipsed 100 yards on the ground.

We’ll get to the discussion of how it’s a crime against football that Lindsay counts $755,000 against the salary cap, while Elway gave Denver teammate Melvin Gordon $9 million in cash to spend on fast cars and good times.

But first, you need to know Lindsay was willing to sacrifice this season and maybe his shot at a bigger paycheck in 2021 to save his father’s life.

“I thought my Dad was going to die,” said Lindsay, recalling the frightening summer day shortly before this NFL season began, when his 59-year-old father, squeezed in the vise grip of the coronavirus, passed out, drifting into unconciousness that scared every member of Troy Lindsay’s family.

“At that moment, I wasn’t thinking about football and I didn’t care about getting COVID. All I was thinking was: ‘Screw it, I’ve got to save my Dad.’ I love football. But I would walk away from football before letting a member of my family die. It’s family over all. First and always.”

Kickin’ It with Kiz: Does NFL have guts to ever make Pats, Broncos or Chiefs forfeit for violation of COVID protocols?

Kiszla: Broncos would much rather have Drew Lock than Cam Newton at quarterback. Right?

Troy, a former CSU athlete and a RTD bus driver for more than …read more