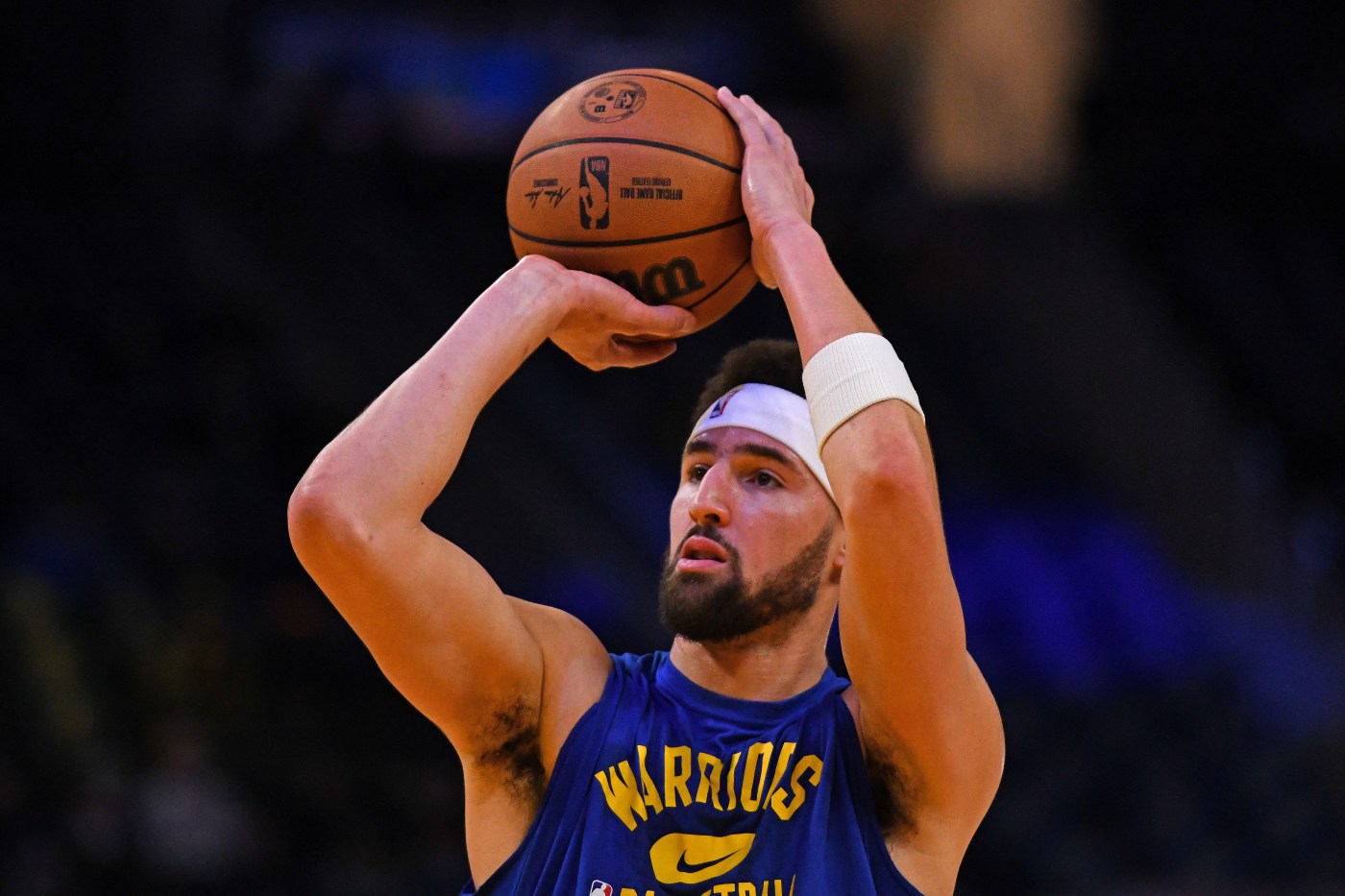 SAN FRANCISCO — It took 941 days and 40 seconds of game time Sunday, but there he was again: Klay Thompson, curling around a screen and bursting toward the basket. He let go of a floater, and the reaction from the crowd was enough to know it had fallen true — the Warriors’ first basket in his first game back with the Warriors.

The wait was over, at last.

There was no stoppage of play, no official celebration. Thompson moseyed over to Steph Curry around midcourt and slapped hands. Curry smiled and laughed. Thompson, all business, remained straight faced. Being back out there was celebration enough.

For everyone else, Sunday was all about Klay.

A little more than an hour before tipoff, television cameras gathered outside the Warriors locker room, hoping to capture Thompson on his way to the court for warm-ups. They almost missed him.

Thompson sprinted out of the locker room, showing his fervor for the night to start and forcing the cameramen to play catch up. On the other side of the tunnel, about a dozen paces down the hallway, fans lined up three deep on the railing.

They roared when Thompson emerged, and on each of his warm-up shots that followed. The first shot, a baseline jumper, swished through the net. Screams. The second, from beyond the arc, and more cheers.

Thompson wore a stoic expression throughout the countdown to tipoff. He strutted back through the tunnel, steps behind Curry, and responded to the clamoring fans by giving subtle pump with both his fists.

The Warriors have avoided speculating about the moment that was finally realized Sunday night before a sell-out crowd inside Chase Center. They feared putting too much pressure on a player coming off such an extended absence.

Before tipoff Sunday, Kerr gathered his players and reminded them of highly charged emotional stakes. At a game day meeting with his staff earlier that day, Kerr said the prospect of Thompson’s return started to become reality.

“It feels surreal, honestly, just having our coaches meeting and actually talking about Klay,” Kerr said. “It felt great, but it felt strange. It’s been so long. … The hard part, for sure, is being able to settle in to the game and be able to beat a really good team.”

Thompson tore his ACL in Game 6 of the 2019 NBA Finals at Oracle Arena, then on the verge of recovery ruptured his opposite Achilles in November 2020.

He had become intimately familiar with the training facilities inside Chase Center but had yet to hear his name boom from its public address system during introductions.

“We’ve all seen him suffer for two and a half years,” Kerr said.

The response in the arena represented the payoff of a long and arduous journey. No player, let alone one as beloved as Thompson, has ever suffered back-to-back ACL and Achilles tears without playing a game in between.

It also served as proof of the special relationship between Thompson, the organization and its fans.