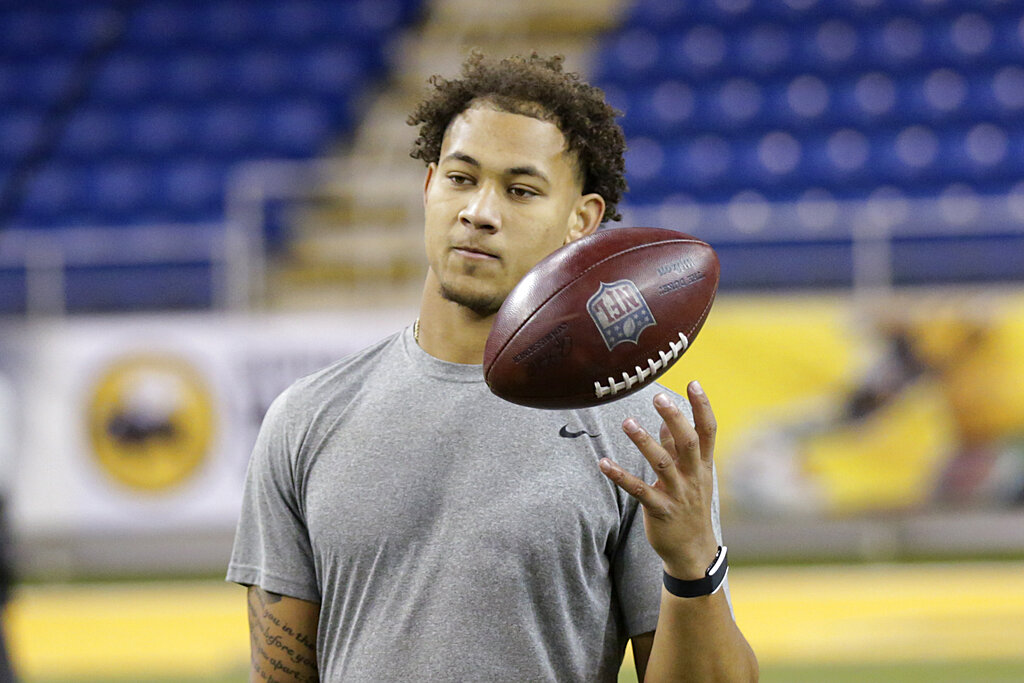 Kyle Shanahan is correct that, right now, Trey Lance isn’t ready to start for the 49ers in Week 1 of the 2021 NFL season.

But Shanahan needs to have the rookie quarterback ready to play by the time September rolls around.

Because while the 49ers are thinking big-picture with Lance, they are also in win-now mode. And when you’re dealing with a quarterback of Lance’s talent and all the moving parts of the NFL, it’s highly unlikely that the Niners will be able to have their cake and eat it, too.

Yes, there is speculation that Lance could spend the entire season on the bench behind Jimmy Garoppolo, but I think he could start well before 2022. In fact, I wouldn’t be shocked if he starts in the first half of the season, or even in Week 1.

This all might seem like a bit much for the kid, who turns 21 in on May 9, but here’s the good news: I think he can handle a less-than-ideal, expedited timeline. I suspect the Niners do, too.

Inside the 49ers: Emotions ride high in a draft that started with fast learner Trey Lance

Kurtenbach: Here’s what 49ers will do in 2021 NFL Draft – my seven-round mock (with trades)

A big reason the 49ers fell for Lance is that they won’t have to teach him the intricacies of playing quarterback in the Shanahan play-action offense — Lance was running a similar under-center, zone-blocking, play-action scheme at North Dakota State and his interviews with the Niners gave them the indication that he’s a quick study and prodigious mind.

Is Elvis Andrus on the cusp of breaking one of MLB’s worst slumps? A’s hitting coach thinks so

No, the young quarterback’s issues are mechanical: an elongated throwing motion on deep passes and questionable accuracy over the middle.

Those are small things that can take as little as few afternoon practice sessions to fix. In fact, the Niners have been working with Lance on them, through a shadow coaching staff, since well before the quarterback was drafted. Had Shanahan and general manager John Lynch not felt comfortable enough with his progress in those areas, they might have actually taken Mac Jones No. 3 overall.

We won’t see how far Lance has come until we see him on the field against non-rookies, but I wouldn’t be shocked if he’s further along than Shanahan has let on so far. After all, the Niners head coach had so much fun smoke screening and obfuscating during the draft process that he …read more