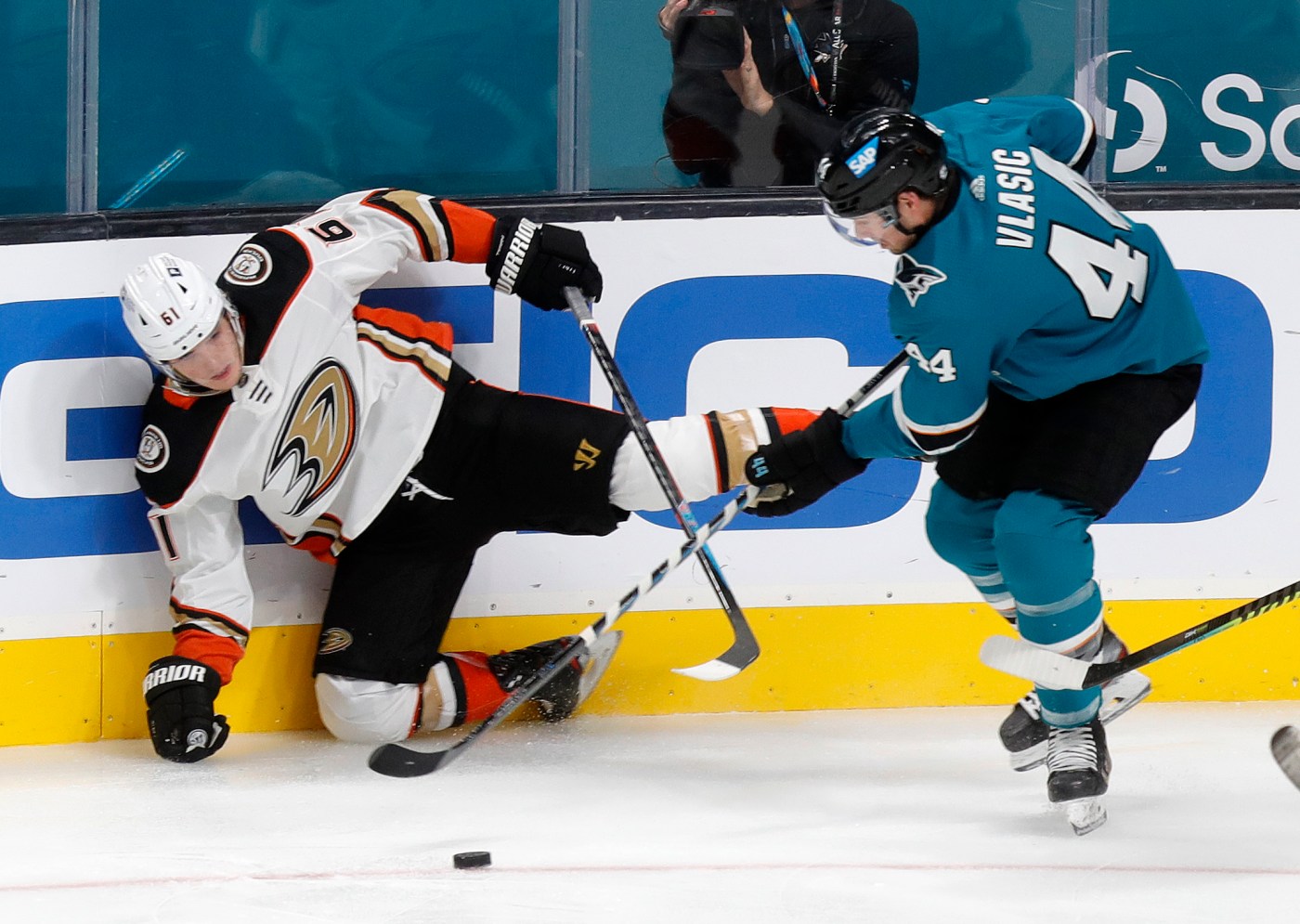 SAN JOSE — It’s been a while since the Sharks can say they won a game by a comfortable margin, whether it be on home ice or anywhere else.

On March 3, 2020, the Sharks beat Auston Matthews and the Toronto Maple Leafs 5-2 at SAP Center. Just four days earlier, the Sharks enjoyed a rare shutout, beating Sidney Crosby and the Pittsburgh Penguins, who had Patrick Marleau in a black and gold uniform in their lineup, 5-0.

An easy win didn’t happen Monday, either, as the Sharks white-knuckled their way to a 3-2 home victory over the Anaheim Ducks.

John Leonard scored his first NHL goal, Kevin Labanc snapped a 10-game goal drought and Logan Couture had a goal and an assist as the Sharks held onto a third period lead and won in regulation time for just the second time this season.

The other time came Jan. 24 against Minnesota Wild when Brent Burns scored the go-ahead goal with less than two minutes left in the third period on a spectacular individual effort. The Sharks won that game 5-3, as their four other victories came after the shootout.

The Sharks had a 3-1 lead going into the third period. Labanc and Couture both scored in the second period as the Sharks outshot the Ducks 13-4.

The Ducks got a final goal two minutes into the third period, as Max Comtois’ shot to the front of the Sharks net went off Mario Ferraro and past Martin Jones. But Jones finished with 26 saves as the Sharks won their first game at home this season after losing Saturday to the Vegas Golden Knights.

Leonard displayed a scorer’s touch throughout his three seasons at UMass-Amherst and even in his short time in the AHL with the San Jose Barracuda.

He flashed that same ability in his ninth game of the season Monday night.

Leonard took a pass from Ferraro, his teammate for two seasons at UMass, skated to the top of the circle and fired a shot past goalie John Gibson at the 9:23 mark of the first period to tie the game 1-1.

Ryan Donato screened Gibson on the play, as the Sharks scored just their third power play goal on their last 35 tries over the last 10-plus games.

The Ducks opened the scoring just 50 seconds into the first period as Sam Steel carried the puck into the Sharks’ zone, raced wide around Ferraro and attempted a centering pass. Instead, the puck went off Ferraro and past Sharks goalie Martin Jones for a 1-0 Ducks lead.