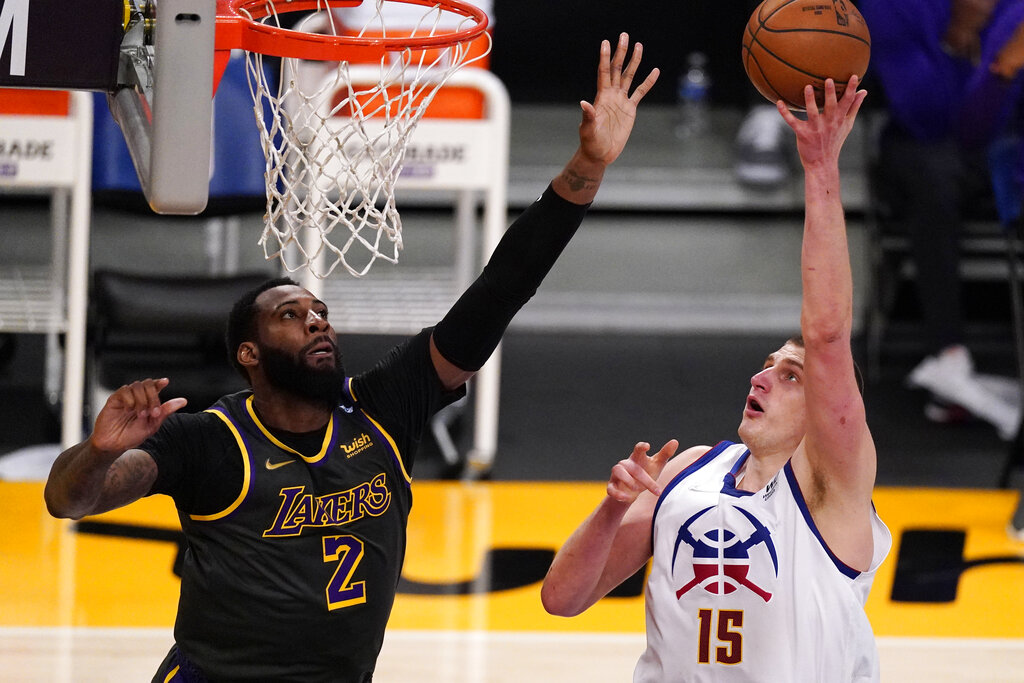 The surging Nuggets had already endured their fair share of injuries. Monday’s 93-89 loss to the Lakers cost them one more.

When guard P.J. Dozier left the game early in the fourth quarter due to right hip tightness, it stretched Denver’s thin backcourt even further, exposing the last thing the Nuggets needed as they prepared for their playoff push.

“I don’t know if this team is cursed,” Nuggets coach Michael Malone said after the game. “We gotta bring in some kind of high priest to rid the team of any bad omens.”

Malone said Dozier was in good spirits but didn’t have any firm update on his status.

Despite the loss, which snapped the Nuggets’ five-game winning streak and dropped them to 43-22 on the season, Denver clinched a top-six playoff spot by virtue of Portland’s loss to Atlanta.

The Nuggets have seven more games remaining, beginning Wednesday vs. New York, to nail down their seeding.

Despite a 14-point deficit with 6:09 left in the fourth quarter, the Nuggets didn’t quit. Denver’s two-headed monster – Nikola Jokic and Michael Porter Jr. – made it interesting with numerous clutch baskets, but the Nuggets caught the tough end of a questionable offensive foul against Facundo Campazzo late. The whistle offset what would’ve been a 3-pointer from Porter that would’ve cut the margin to 89-88.

Replays showed Anthony Davis fall after a mild collision with Campazzo. Malone considered challenging the call but opted against it after his assistants saw the replay and felt it wouldn’t get overturned.

2 climbers, an American and a Swiss, have died on Everest after suffering snow blindness and exhaustion

Without LeBron James, who was out due to ankle soreness, Davis carried the Lakers’ offense with 25 points.

Jokic finished with 32 points and nine rebounds, and Porter added 19, 16 of which came in the second half. As a team, Denver shot just 6-of-24 from 3-point range. Meanwhile, the Lakers drained 13-of-30 from outside.

The same night he was awarded his championship ring from last season’s title run with Los Angeles, JaVale McGee was essential to combatting the Lakers’ size. His energy on offense gave Denver a different look, while his defense, specifically around the rim, was disruptive. One third-quarter block even ended with him mock-signing the basketball.

Campazzo opened the third quarter with multiple thefts and Porter started to find a rhythm in transition, yet the Lakers carried a 70-65 lead into the fourth quarter thanks to timely baskets from Alex Caruso and Marc Gasol. Outside of Porter, Campazzo and Jokic, there were few other reliable options offensively, which also contributed to five turnovers in the quarter.

Last year’s conference finalists – the Celtics, Heat, Lakers and Nuggets – have all endured choppy seasons, potentially as a result of a shortened offseason. That hasn’t stopped Jokic from carrying the Nuggets to a place few thought they’d be given all their injuries or the extended postseason run they authored last summer.

“(The Lakers) win a championship and then you start two months later, that is a lot to ask for …read more